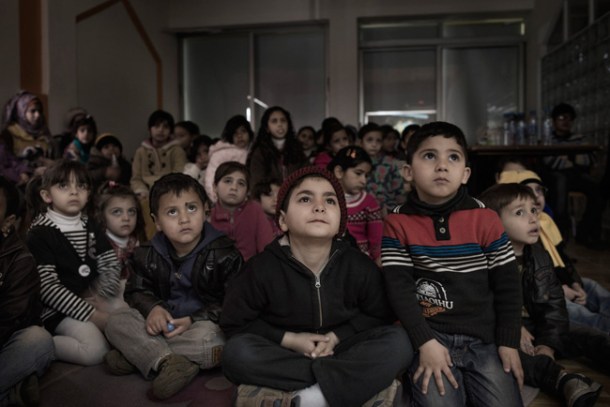 By Toby Fricker AMMAN, Jordan, 09 March 2014 – Sixty pairs of children’s eyes are transfixed on a large screen. The cartoon playing features an owl as it settles on the branch of a tree, while the moon shines brightly behind lighting up the faces in the room. Biyan from Homs, Syria, is in the […]

MEDIA RELEASE |الخبر بالعربية| Amman, 17 February 2014 – UNICEF’s response to the Syria crisis in Jordan received a new financial boost Monday, with the announcement of a new €10 million donation from the Government of Germany. On a visit to Jordan, the German Minister for International Cooperation, His Excellency Gerd Müller, announced the new […]

الخبر باللغة العربية Amman – 2 November 2013 – Today marks the first day of a 3 week national vaccination campaign against Measles, Rubella and Polio. Those aged six months to twenty years will receive Measles and Rubella, while children under five years of age will be immunized against polio. 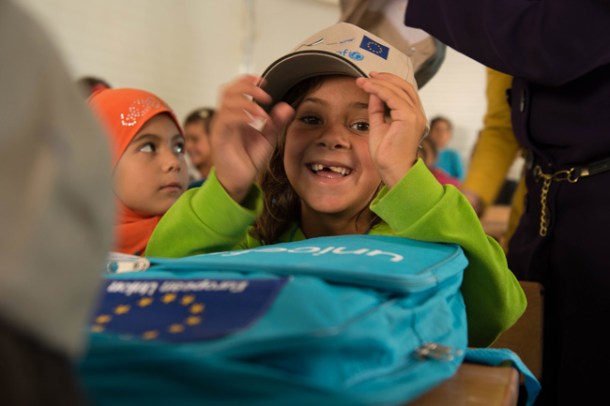 ZA’ATARI, Jordan, 8 October 2013 — This week UNICEF Jordan together with partner Save the Children Jordan are finishing the distribution of school bags and supplies to students at Za’atari School 2. Throughout the summer, School 2 was running catch up classes for children who had missed school, so first semester started at the beginning of […] 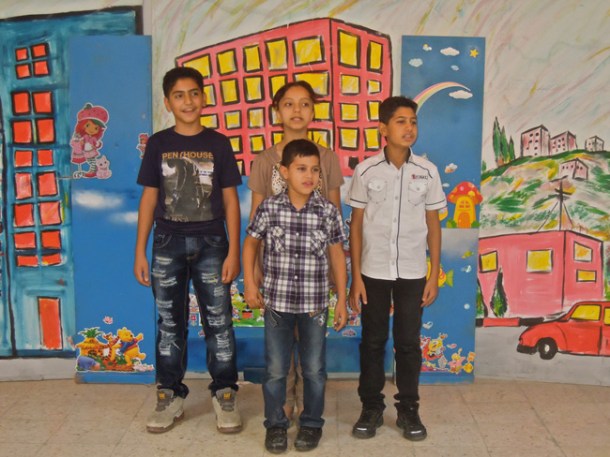 By Toby Fricker ZARQA, Jordan, 30 September 2013 — The sound of children singing can just be heard above the steady rumble of traffic. “I wonder if it’s your face that is glowing or the moon above the trees,” they sing. It’s a traditional Arab folk song. This is Zarqa, a busy and bustling city, just […]