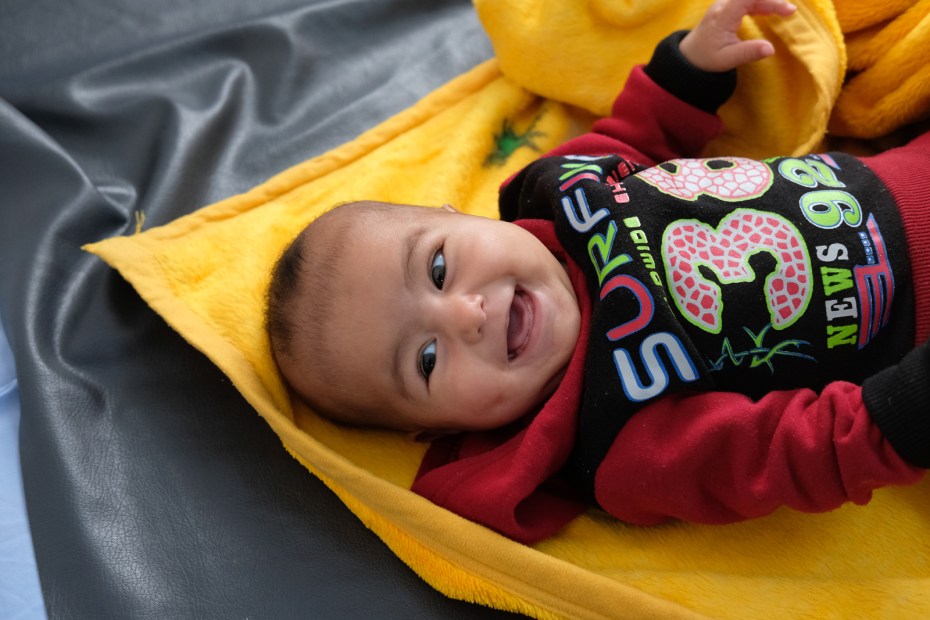 AMMAN, 25 April 2018 – The Government of Japan today formally announced a new provision of its Emergency Grant Aid to UNHCR and UNICEF amounting to a total of US$2 million for continued emergency humanitarian assistance in Jordan as the Syria crisis enters its eighth year.

Under the new Emergency Grant Aid, UNHCR has received US$1 million towards providing primary healthcare services and referrals for Syrians.

“The Government of Japan has again shown its generosity towards providing assistance to those affected by the Syrian conflict” noted UNHCR Representative Stefano Severe, welcoming the grant.  He added that the grant will ensure “timely assistance through UNHCR to provide Syrians in dire need with life-saving medical services”.

The Government of Japan has granted the remaining amount of US$1 million to UNICEF in providing lifesaving vaccinations, nutrition and paediatric medical services for Syrian children and women living in Azraq and Za’atari refugee camps..

“Children are suffering the most from the prolonged Syrian crisis, with hundreds of thousands of girls and boys in Jordan struggling every day to meet their basic needs,” said UNICEF Jordan Representative Robert Jenkins. “The Government and people of Japan remains one of UNICEF’s strongest supporters, and we are very grateful for the continued support for the health and well-being of all vulnerable children in Jordan affected by the Syrian refugee crisis,” he added.

As a member of the international community, the Government of Japan will continue to provide firm support to Jordan, noting that the country is the cornerstone of stability in the Middle East region.