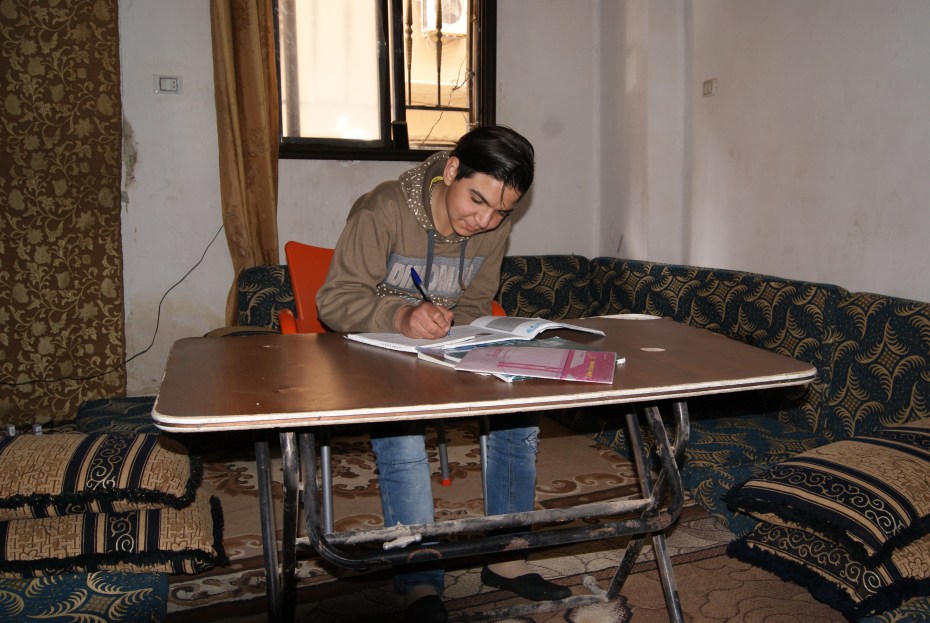 Two years ago, as Ahmad and his family, headed to the local market in the north-eastern city of Deir-ez-Zor, he did not know that his life was about to change forever.

A shell hit the local market and Ahmed, 14 at the time, lost consciousness. He woke up at the hospital, surrounded by doctors and with sharp pain all over his body. Ahmad was severely injured; he lost both his legs. He also lost his mother, younger brother, grandmother and aunt.

“I had to learn how to walk all over again,” says Ahmad, now 16. “This war took so many dear people from me, if I could, I would put an end to it immediately,” he adds in sorrow.

At the only functioning hospital in Deir-ez-Zor, doctors were unable to give Ahmad the medical care he needed. Years of siege and violence had left the hospital in a severe lack of both medical supplies and staff.

Ahmad and his father had to flee Deir-ez-Zor to Damascus for treatment, where he underwent multiple surgeries. He also received prosthetics and extensive physiotherapy over the past two years to help him walk again.

Since the attack, Ahmad says he has been living in constant fear. “Whenever I heard the sounds of fighting, I was terrified and would try to hide.”

But despite everything he has been through, Ahmad is determined to not give up on his future. He attends Grade 10 in a school in Deir-ez-Zor and dreams of studying English literature to become a professor.

“I have been through so much loss and violence, but I will not allow anything to get in the way of my dreams,” says Ahmad, looking down at the prosthetics that he learned to live with.

He also had a message to share with youth everywhere: “Don’t give up! Only you have the key to change your life for the better whatever your situation.”

Prior to recent respite in violence, fighting in Deir-ez-Zor governorate had forced over 229,000 people out of their homes. Those who stayed behind like Ahmad and his family were living in deteriorating humanitarian conditions, with minimal access to food, safe drinking water, healthcare and education.