Syria, Tartous, 11 February 2018 – When Ghazala first met me at the door of her room in a farm in rural Tartous, her one-year old son, Issa, was crawling in every direction, filling the room with his laughter and energy. It was hard to believe that only 6 months ago, Issa suffered from severe acute malnutrition.

Ghazala and her husband, Abdullah, are originally from Al-Hasakeh in northeastern Syria. The couple owned agricultural land in their home village, where they made a living growing wheat and cotton. Life was fairly comfortable, says Ghazala, “We didn’t need to buy much; we simply milked our sheep and baked our wheat for food.”

But, six years ago, violence escalated around their village and they were forced to leave their life behind and seek safety in Tartous, western Syria. 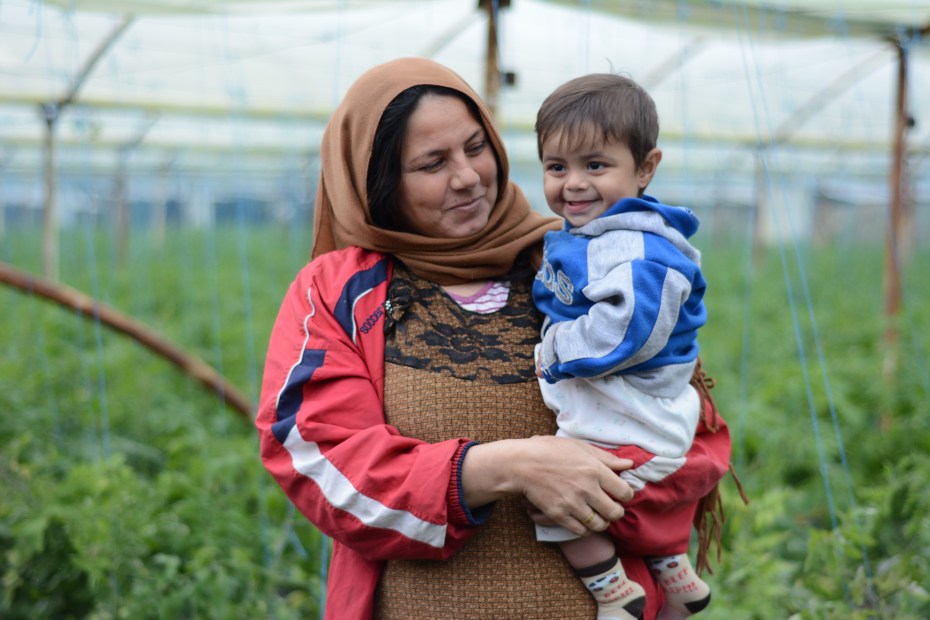 The struggle to cope

The family found work in a tomato farm. While it provided them with shelter, Gazala and her husband were making nowhere near what they needed to make ends meet. Their income was halved while their expenses doubled. “Now we both work fulltime every single day of the week,” says Ghazala “Yet, we don’t earn enough money to cover our basic needs”.

This new life also meant that the family had to constantly move from one farm to another, housed in humble rooms beside the tomato greenhouses, which usually lacked proper toilets or sanitation facilities. The birth of the couple’s third child, Issa, complicated matters further.

Ghazala had to work for long hours to provide for her family which left little time to care for the newborn. “It was difficult having to work and take care of the children at the same time,” Ghazala says. “Sometimes my eldest daughter had to stay home to look after her younger brothers, she’s only 8 years old.”

For Issa to recover, he needed to be fed one pack of therapeutic paste every day. The treatment was provided by UNICEF for free, Ghazala only had to go to the nearest Primary Healthcare Centre to get Issa’s monthly supply, “and when I couldn’t make it to the medical center, the mobile team would turn up bringing the treatment to my home,” says Ghazala. The mobile teams would also provide Ghazala with micronutrient supplements, and provide her with information on best practices for breastfeeding, sanitation and hygiene.

After five months, little Issa made a full recovery. Now he is in good health, and has put on weight. “He is much better now! Look at his chubby cheeks!” says Ghazala joyfully as she kisses her son.

Issa, is one of more than 7,200 children in Syria treated for Severe Acute Malnutrition with support from UNICEF last year. More than 1.8 million children and mothers were also screened for acute malnutrition across the country.