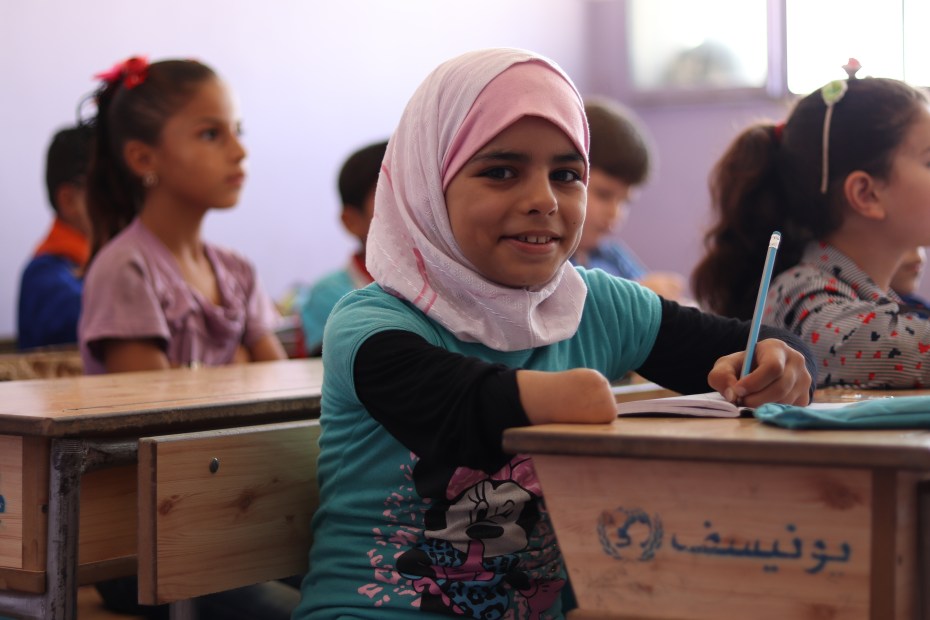 ©UNICEF/Syria2017/ Khudr Al- Issa
Batoul, 10, taught herself to write with her left hand, having lost her dominant right hand.

Aleppo, Syria, 14 October 2017- When Batoul and her family fled their home in east Aleppo five years ago amid an escalation in violence, they thought that they had finally reached safety. For one year, Batoul, her three brothers and parents lived with their grandparents in the western parts of the city.

While it was hard to lose a home, Batoul and her family adapted, until a greater loss came.

On a Friday in late 2013, the family of six took a walk near their home. Minutes later, a mortar shell hit, killing the father, mother and two older sons, and leaving Batoul and her younger brother buried under a pile of rubble.

“I recall that day like it was yesterday,” says Sabiha, Batoul’s grandmother. “I had to go to the hospital and look at my son, his wife and two sons lying lifeless,” she adds in tears.

Batoul not only lost her family that day, but she also lost her hand and severely injured her legs. Her brother, Motaz, was covered in shrapnel, with two broken legs.

“I woke up in the hospital, wrapped in bandages from head to toe,” recalls Batoul, now 10, with a shivering voice. “I wanted to believe the doctors so much when they told me my family was being treated in another hospital, but deep in my heart, I knew they were gone.” 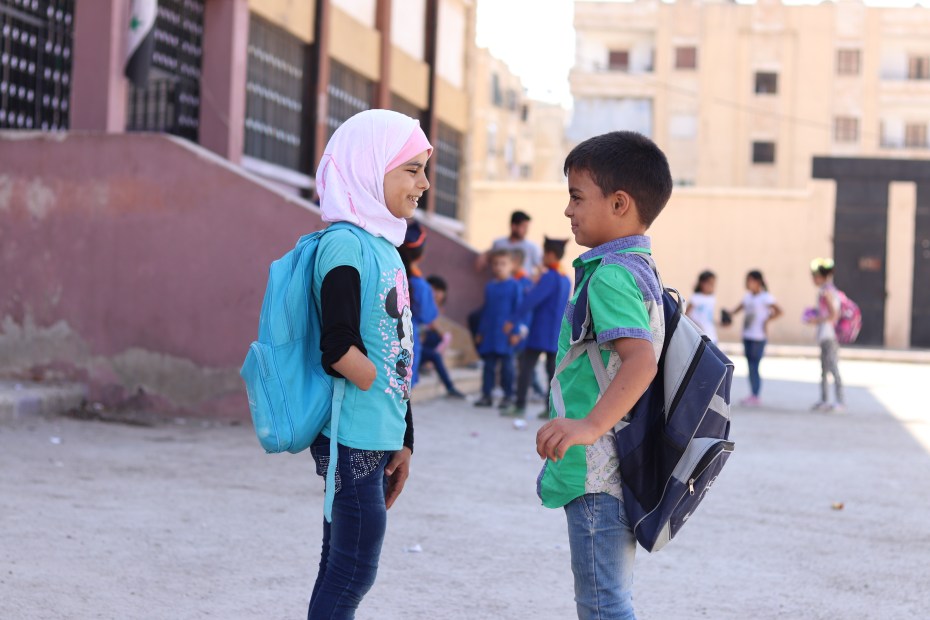 ©UNICEF/Syria2017/ Khudr Al- Issa
Batoul, 10, and her younger brother Motaz, 8, play together in their school yard.

The Road to Recovery

Batoul stayed in the intensive care unit for five days; the doctors managed to save both her legs but not her dominant right hand. Another five weeks at the hospital passed until she and her brother were discharged.

“While I was on the hospital bed I missed everything: my parents, my brothers, my toys,” says Batoul, remembering the pain she’s been through. “But there were times when I forgot everything and all I could think of was the severe pain in every part of my body,” she adds.

While Batoul was recovering physically, Sabiha was worried for her psychological wellbeing, having to cope with so much loss, but Batoul’s strength took everyone by surprise.

“Not once did she ask about her arm, or even complain,” recalls her grandmother with sorrow.

It was another 18 months and five surgeries, before Batoul was able to walk again. Once a week, her grandmother would carry her to the hospital for checkups.

During these long months at home, Batoul was determined not to give up. 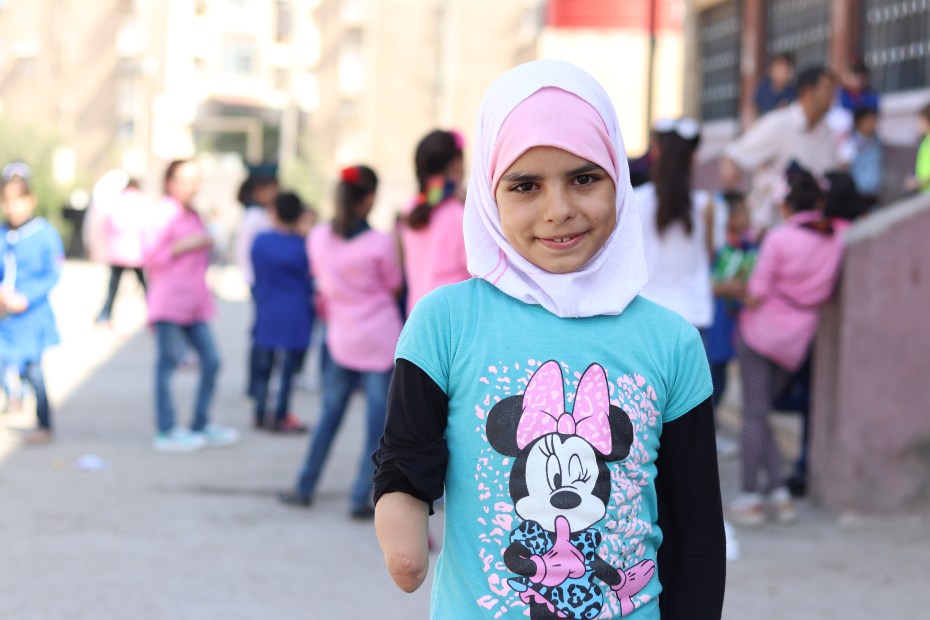 ©UNICEF/Syria2017/ Khudr Al- Issa
“I want to help children injured like myself, I won’t let them feel the pain I felt!” says Batoul with a determined smile.

“I spent my days practicing to write with my left hand, getting dressed alone, normal things that anyone would need to do,” says Batoul, proud of the progress she made. “My handwriting looked funny but I had one dream, to go to school to study and play like all other children,” she adds.

Batoul’s dream came true when her neighbour, a school principal, signed her up for Grade 1 at a nearby school. She was determined to study and catch up with her peers, having lost two years of education. This year, Batoul started Grade 3 and continues to work hard on her studies. She also learned embroidery and crochet from her grandmother and with determination, made scarves for her and her brother to keep her and her brother warm during winter.

Despite her strong will, Batoul faces days where she feels different.

“One day she came back from school sobbing because a group of children called her scary and refused to play with her,” says Sabiha with disappointment. “I soothed her and reminded her of all the friends and teachers who love her and support her, but it wasn’t easy watching her cry over something she cannot control.”

Another less obvious scar of war on Batoul is the trauma.

“Whenever there is fighting, I get a call from school to pick the children up,” continues Sabiha. “I go to only find them in a heartbreaking state, crying and clinging to each other,” she adds.

But with everything she has been through, Batoul still dreams of completing her education to become a pediatrician one day.

“I want to help children injured like myself, I won’t let them feel the pain I felt!” says Batoul with a determined smile.

UNICEF supports children across Syria returning to school with school bags, stationery, teaching and learning materials, to help ease the financial burdens on families. UNICEF also supports remedial classes for children and an accelerated learning programme, specially designed to allow children who have missed out on years of education to catch up with their peers in half the required time.

To help children better cope with their reality, UNICEF provides psychosocial support through structured recreational and educational activities, restoring a sense of normality into children’s lives.