On Wednesday, 20 September 2017, UNICEF and Save the Children co-hosted a No Lost Generation event at UNICEF House in New York in the margins of the UN General Assembly opening week. The event was organized with the support of the European Union Madad Trust Fund.

The event saw six high level panelists respond to questions from children affected by the crises in Syria and Iraq. Additionally, a live portal connected the New York venue with the Harsham camp at the northern edge of Erbil in Iraq. Just before and following the No Lost Generation event speakers and panelists were able to speak directly with children from Mosul via the portal.

Despite numerous competing events, we had an overall audience in excess of 200 (160 seated and
40+ standing). The audience included Ministers from refugee hosting and donor countries, CEOs of
No Lost Generation operational partner organizations, senior staff from UN agencies, representatives from various foundations and members of the press. 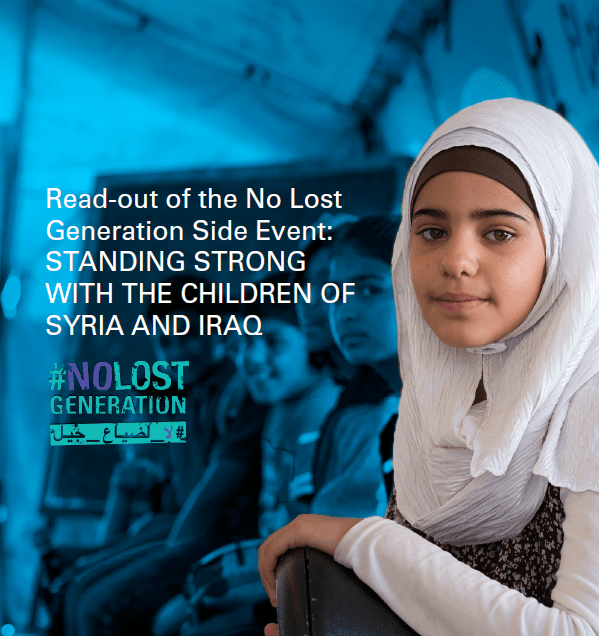