By Lina Alqassab and Yasmine Saker 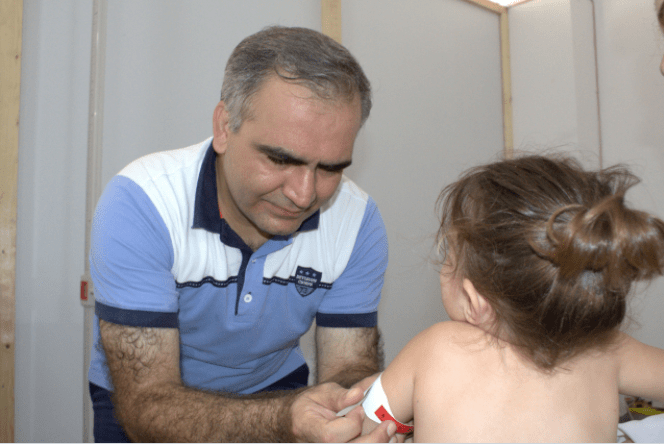 Lattakia, Syrian Arab Republic, 2 August, 2017– When violence started to force families out of their homes in northern rural Idleb back in late 2014, Dr. Khaled, a UNICEF health and nutrition facilitator in Idleb was among the first to respond.

Dr. Khaled was instrumental in launching much-needed immunization campaigns, distributing basic medical and nutritional supplies for children and mothers, and conducting regular visits to assess the humanitarian situation and response in camps for internally displaced families. His work, supported by UNICEF, made a tangible difference in children’s lives.

Little did Dr. Khaled know that change was about to impact his own life. Months later, and only four days following the birth of his baby boy, Dr. Khaled and his family were forced to flee their home in Jisr El- Shughour of Idleb.

As fighting escalated in their hometown, the family left everything behind and set out to a secluded village in northern rural Idleb, a displacement that would not be the last for the family “My wife was still recovering from her caesarean delivery, and was suffering a severe post-partum depression,” says Dr. Khaled, recalling the day they fled their home.

“We were in a state of shock, overwhelmed by the frightening idea of having to leave our home forever,” adds Dr. Khaled

Families huddled in cars fleeing violence blocked the road, while the area was being attacked.

“It took us six hours on the road to complete a trip that should have taken one hour,” says Dr. Khaled. “By the time we arrived, my son had developed eczema being in the scorching heat for so long. He even refused to breast feed, aggravating my wife’s anxiety,” he adds with a sigh, remembering the horrors of the trip.

Despite reaching safety, living conditions in the village were harsh; with no water, no electricity, and cramped. Dr. Khaled’s family had to share one small rural house with three other families.

Seeking a better life for his family, Dr. Khaled moved his small family from one village to another.  The family finally reached Hama city safely, while he stayed behind in Idleb continuing to serve internally-displaced families like his own.

Having experienced displacement firsthand, Dr. Khaled became even more determined to help children and their families.

“During my visits to the shelter, when I see a baby sleeping in a humble tent, or a mother carrying her sleeping baby while queuing for water or food, I imagine my wife and son. It could have been us!” 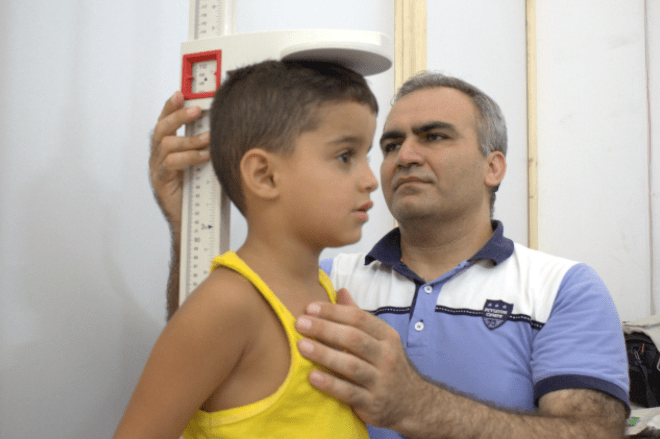 In early 2016, Dr. Khaled could not continue working in Idleb and its suburbs because of the  restricted humanitarian access to the area at the time.  He had no choice but to move with his family to the coastal governorate of Lattakia, where he continues to facilitate UNICEF-supported health and nutrition projects for needy children and mothers.

In Lattakia and its suburbs, UNICEF supports 36 health centres that provide mother and child health care services. Health services include immunization, treatment for common childhood diseases, reproductive health and prevention and treatment of malnutrition. UNICEF also supports three mobile health clinics to reach all children in hard-to-reach and remote areas in the governorate.