By Monica Awad and Delil Soulieman

Since 1 April 2017, the fighting in Raqqa has uprooted more than 200,000 people from their homes. Half of the displaced are children.[1]

The fighting has resulted a massive displacement in Raqqa, with tens of thousands of children now internally displaced in temporary shelters and camps, living under extremely harsh conditions.

Ain Issa camp, one of six transit camps, hosts 7,500 internally displaced persons. The trip to there from Raqqa, which, takes an hour at most under normal circumstances, took Muhannad and his family seven hours.

“We fled three times seeking refuge,” he recalls. “We were very scared. We escaped under crossfire, and we were afraid of landmines.” 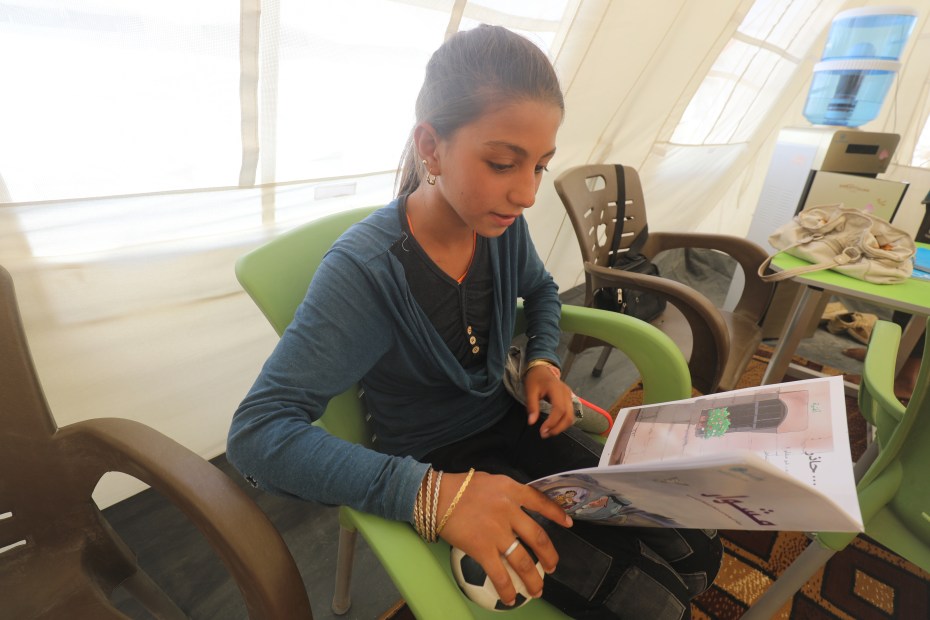 Rahaf, a 12-year-old girl who also escaped from Raqqa and sought refuge with her family at Ain Issa camp, shares Muhannad’s fears.

“Last June, my family and I escaped under crossfire,” she explains as she sits in a tent that UNICEF set up as a child-friendly space.

Rahaf’s family was displaced twice. “We were terrified,” she says, recalling her journey to Ain Issa camp. “As we escaped Raqqa, my cousin was hit by a sniper, and we had to rush him to a nearby hospital.”

Rahaf has seven sisters and two brothers. Her eldest brother, aged 17, was killed while her mother was fetching bread for the family.

“My brother’s death devastated us, especially my mom,” Rahaf says with sadness. “Now, every time my mom hears that a child was killed, she starts crying.”

The escape from Raqqa has not put an end to these children’s suffering. Many have long been deprived of education. In Syria, 1.75 million children are out of school, with another 1.35 million at risk of dropping out.[2] 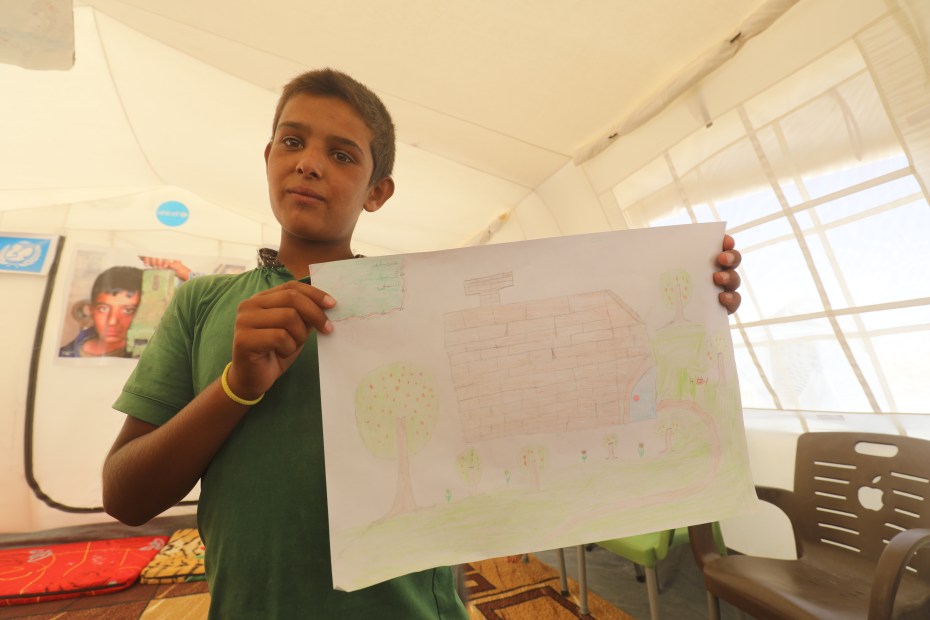 Three years ago, Muhannad was forced to leave school. “I used to love school, and I was very angry when I left,” he says.

“I enjoyed studying Arabic and English at school,” he adds. “I wish I could go back to school and become a teacher or a physician.” The last grade Muhannad was able to complete was the seventh.

Rahaf was also forced to leave her school, after completing Grade 5. “I used to study in Al Farouq school. I studied English and Arabic, science and arts.”

“I want to become an artist when I grow up, and I hope to teach children how to draw,” she says.

UNICEF has been providing psychosocial support to the camp’s internally displaced children and their caregivers, to help them overcome the trauma they have experienced.

“I come to this centre to forget my fears,” says Muhannad. “I feel safe here.”

At the child-friendly space, children play, sing and interact with each other. UNICEF has also provided children with clothes, distributed hygiene kits and trucked in drinking water.

Children are in urgent need of protection and access to essential services. The child-friendly space hopes to restore some sense of normality to these children’s lives.

Still, while all the humanitarian efforts help them cope with their displacement, children like Rahaf and Muhannad have one simple dream – to return home safely.