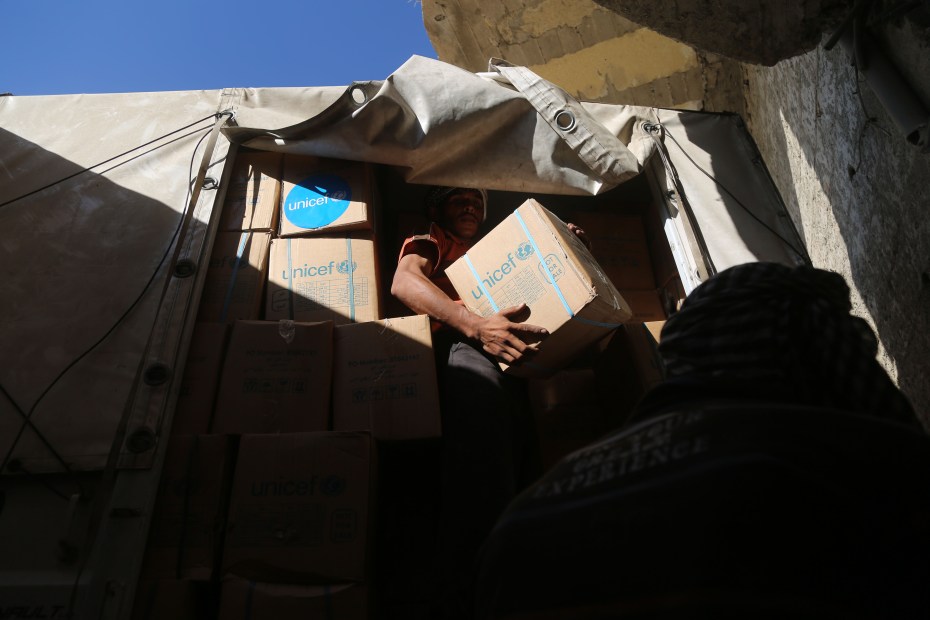 UNICEF/Amer Alshami.
On 30 July 2017 UNICEF delivered much needed nutrition, hygiene and education materials for 7,200 people as part of the first inter-agency aid convoy to Al-Nashabiyeh town in the besieged east Ghouta.

The scale of destruction and depth of suffering is mind-blowing. It is hard to imagine life in these conditions.

These are the thoughts that hit me as we arrived in the so-called ‘buffer zone’ just outside of besieged Al-Nashabiyeh in east Ghouta, rural Damascus.

Burnt trees, rubble, and damaged buildings lined the streets as we entered the town to deliver aid as part of a joint United Nations and Syrian Arab Red Crescent aid convoy. It was the first humanitarian aid to reach the area since the conflict in Syria started seven years ago.

I accompanied the convoy in my role as Chief of Water, Sanitation and Hygiene with UNICEF Syria. We brought food, health and nutrition supplies, educational materials, basic hygiene items, children’s clothes and other much-needed assistance to children and families in Al-Nashabiyeh — enough for 7,200 people.

Members of the community told us that out of 23 villages in besieged east Ghouta, only six are livable amid the violence and destruction. Families in the area live in constant fear, moving regularly from one village to another to escape the violence.

Can you imagine always having to be on the move with your children? 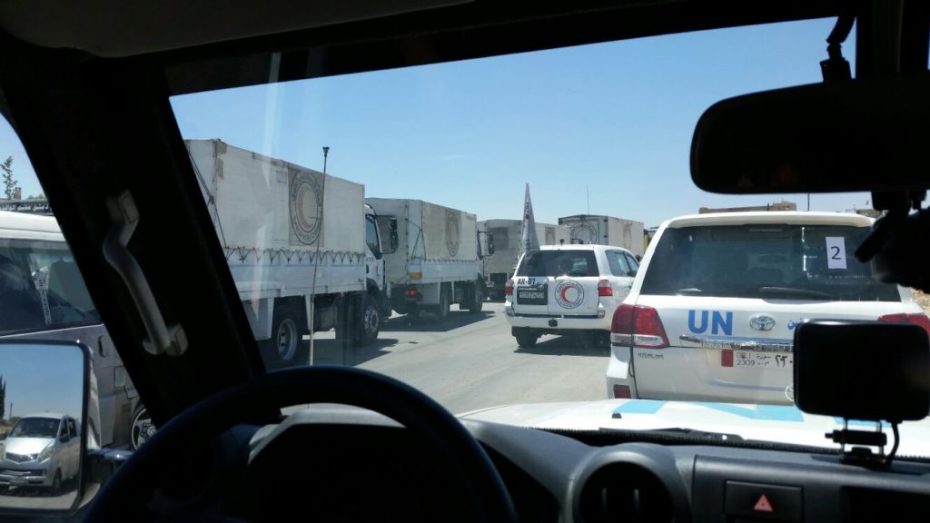 “When there’s fighting, we move; when it’s calm, we come back,” one man told me, explaining the life of displacement that children and their families face every day.

Most of the schools have been destroyed or damaged which has forced children to drop out of school either partially or entirely. Some of the children I met haven’t been in a classroom for more than two years, while others go to school only sporadically.

Parents and teachers have moved all the schools located near the front lines to residential buildings and basements to protect children and give them a sense of a normal school day. But there are still severe shortages of teachers and textbooks, making it harder for children to continue their education.

We visited the only functioning hospital in Al-Nashabiyeh – or what’s left of it. It has been mostly destroyed in the fighting, with only a few doctors left to operate in the basement, providing the most basic health services to children and their families. They lack medical supplies and enough health workers, but they do what they can to save lives. 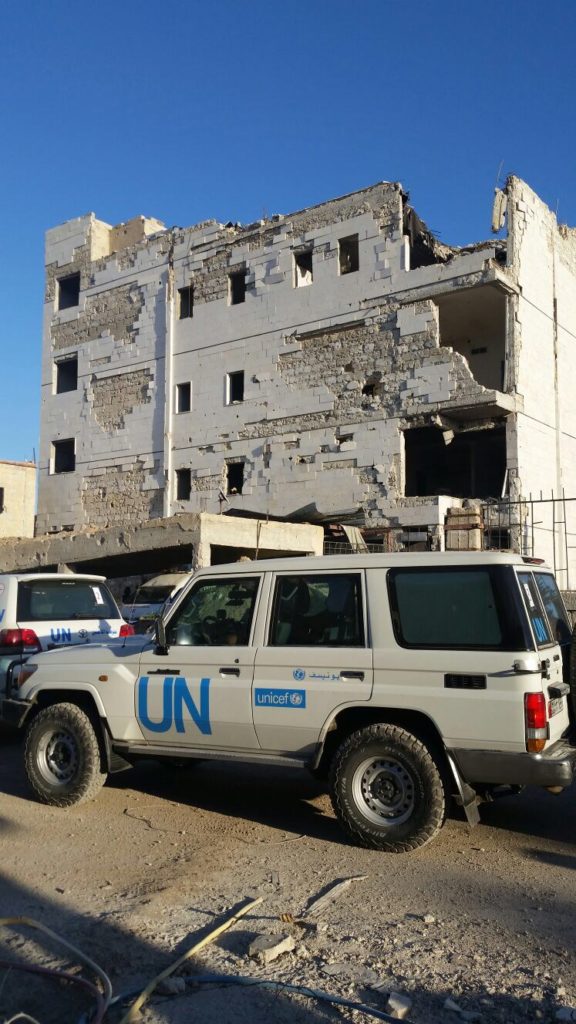 UNICEF/Andreas Knapp.
A destroyed hospital where doctors operate in the basement, providing basic health services to children and their families.

In the middle of in Al-Nashabiyeh, men and children fetch water for their families using a hand pump, drawing water from wells.

“We know the water is contaminated,” a father told me. “We only use it for washing and cleaning.”

Families buy drinking water for a price seven times higher than in other parts of Syria – 500 Syrian pounds, or about US$1, for just 20 litres. This drinking water is filtered using locally-made equipment, meaning that it isn’t entirely safe.

Families explained that they can’t boil the water – which would be a cheaper alternative to disinfect it for drinking – as fuel is expensive and rarely available. Residents often collect plastic bags and burn them for fuel.

Despite this scarcity and destruction, children’s resilience and determination to survive and have a normal childhood is impressive. I heard about one family of five who survived for four weeks on an income of about US$20, which they earned from farming and selling their produce. This is often the only means of survival for children and families living in east Ghouta – an area once famous for producing and supplying fruits and vegetables to entire neighbourhoods of Damascus and its surroundings.

The extent and magnitude of children’s suffering in east Ghouta is unimaginable. Intense violence in populated areas like this one puts the lives of thousands of children at risk. It causes massive displacement and civilian casualties. Hospitals, schools, and playgrounds have gone underground for fear of being targeted. Lack of food, water and medicines place children at severe risk.

To deliver the life-saving humanitarian assistance these children so urgently need, we must have regular, unconditional and unimpeded access to all children in need, in all parts of Syria, including besieged and hard-to-reach areas.

Andreas Knapp is Chief of Water, Sanitation, and Hygiene at UNICEF Syria.