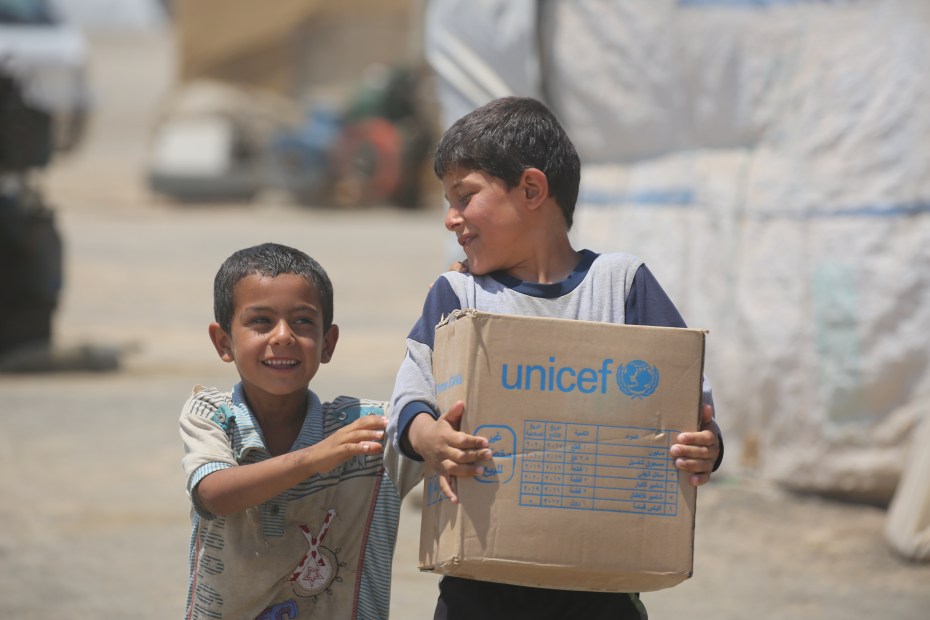 8 June 2017 – The number of displaced children in northern Syria is staggering, says Ershad Karim, Chief of the UNICEF Field office in Qamishli, who is responsible for the UN relief efforts in Raqqa, where severe fighting is taking place.

“A few weeks ago, I was in one of the camps hosting internally displaced people from Raqqa.  In just one day, about 1,000 families arrived in the camp. They lack many basic necessities and were in dire need. I saw children crying, families were thirsty in the hot weather. People were scattered around the site. The human suffering was enormous.’

I spoke with the camp management and we scaled up our response immediately. We brought water, organized sanitation facilities and sent lifesaving nutrition supplies such as high energy biscuits and plumy doz. These are critical supplies to make sure people survive in the heat. It is crucial that we are ready on the ground with our humanitarian aid. 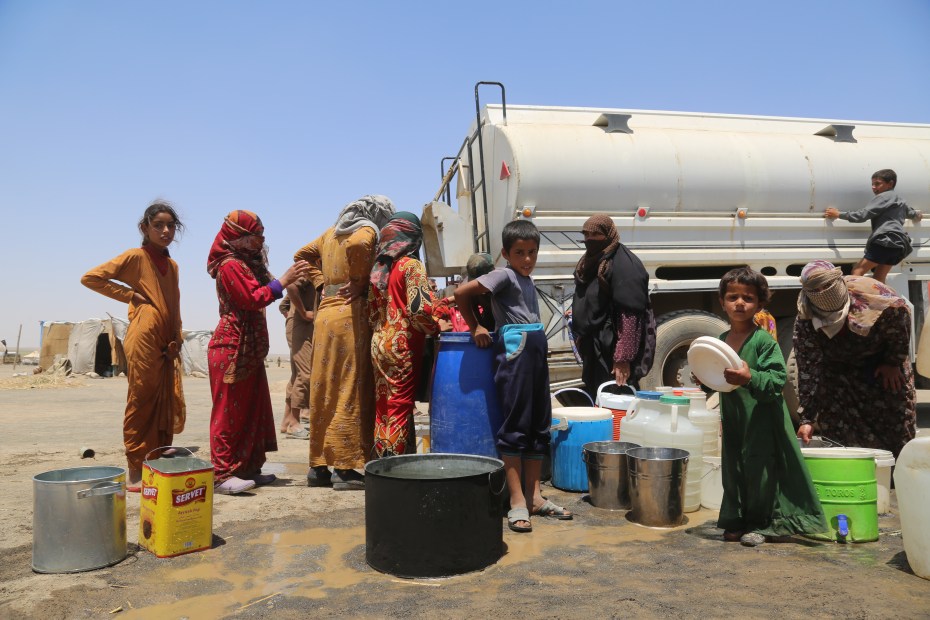 ©UNICEF/ Syria 2017/ Delil Souleiman
Women and children line up to fetch water for their families in Al-Karama makeshift camp in Ar-Raqqa.
UNICEF is responding to the needs of uprooted children and their families, trucking 600,000 litres of safe drinking water daily.

The families escaping the fighting are in profound distress. I spoke to a family with three young children and an old man. They did not look good.  They told us about the difficult journey from Raqqa and how they are worried for the safety of their family members who stayed behind in the areas where the conflict is still active.  Most of the families arrived empty handed.  UNICEF and other organizations provided food and water. During the night, tents were set up for the families so that they could get some rest.

It was enough to help them in the short term, but circumstances are still very difficult for many families. They live in camp sites in the heat with many more displaced people arriving daily. All of those people hope to return to their homes and reunite with their family, but insecurity is preventing them from going back. But they are lucky to have reached the camp – the situation near the front line is even worse. The fighting makes it impossible for UNICEF to reach areas where active conflict is taking place right now.  We are working with our partners to provide assistance in areas near the front lines where families fleeing the violence in Raqqa are arriving.    We are prepared : we have emergency supplies pre-positioned and ready to be distributed. With these supplies, we can meet the needs of up to 240,000 people for two months.

Bringing supplies into this area is very complex. We try by road, but this route is unpredictable and dangerous. Most supplies come by air from Damascus. That makes it expensive but there is no other way to get the supplies that we need to help the children in need.

I worked in several emergency situations: Afghanistan, South Sudan, Pakistan and currently in Syria. In all those difficult places it is the children that always keep me going. They are the ones who give me hope. A few days ago, I was in the camp near Raqqa and the water truck arrived. I saw the joy of the children. They were happy, and actually celebrated when the clean water came from the tap. I have worked with UNICEF for many years and those moments are etched in my memory. It keeps us all going: the possibility to help those children in need, to make them smile. 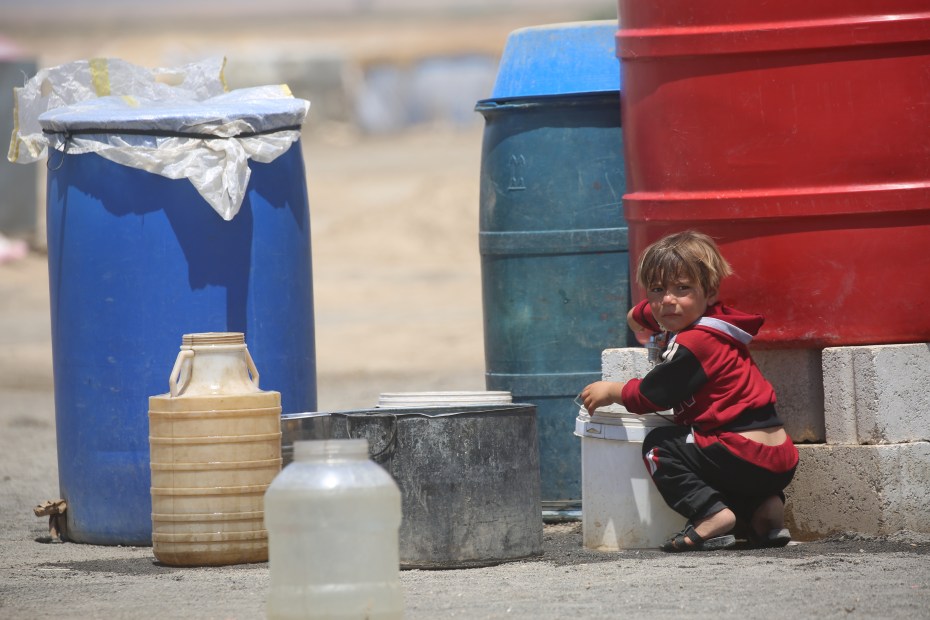 ©UNICEF/ Syria 2017/ Delil Souleiman
A girl fetches water for her family in Al-Karama makeshift camp in Ar-Raqqa.
UNICEF is responding to the needs of uprooted children and their families, trucking 600,000 litres of safe drinking water daily. UNICEF is also distributing hygiene kits to protect children against waterborne diseases, as well as nutritional supplies and micronutrients for children and pregnant and lactating women.

Some 80,000 children from Ar-Raqqa are now internally displaced and living in temporary shelters and camps. UNICEF is responding to the immediate needs of children and families who have fled the violence and sought safety in camps and informal settlements by: