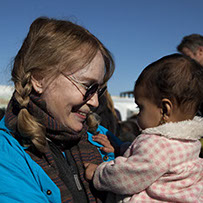 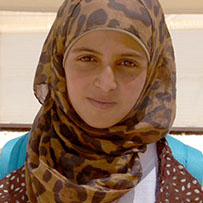 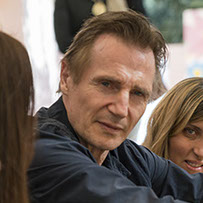 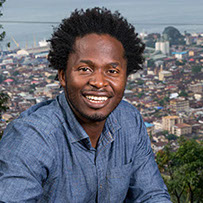 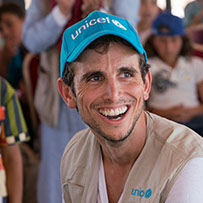 Hear from some of the UNICEF Goodwill Ambassadors and Advocates who have met with children affected by the conflict in Syria and why they think that the children themselves are the best champions for peace.

Goodwill Ambassador and Syrian Refugee Resettled in the United Kingdom

“I am an education activist. I fled the war in Syria when I was a child and lived in refugee camps in Jordan before going to the UK. I encourage every child – especially girls – to go to school. We should seize the chance and study whatever the circumstances are. Living in camps should not be considered as an obstacle.  Our lives should not stop and our futures should not be destroyed by war and lack of access to learning. I believe that education will empower me to help other girls. Education is everything in life. It is our role as a generation that witnessed war and as future leaders to ensure that this never happens again, because we have tasted the pain, the loss and the atrocity of war. We have to have hope and faith to rebuild a better Syria, a new Syria and prevent conflict from happening again.  I started by going from door to door to talk to people about the importance of education and the dangers of early marriage. But I ask all parents to give the chance of education to their children so that they can be successful in their lives. The only way to secure a girl’s future is through education. I will continue to ask the world leaders to think about the children because they are the future.”

“In Lebanon, I came to the border with Syria on a frigid day to meet with refugee families living in the makeshift dwellings that lined the borderland. Most had fled with only the clothes on their backs. They had nothing. They were sheltering in abandoned buildings or shacks constructed with cardboard they had torn from cheerful billboards. The effect was jarring.  A small boy with large eyes told me his name was Rami, he was 10.  His father and brother were killed in Syria. With his mother he had walked through a dark night to reach Lebanon hoping not to be shot or captured or blown apart by one of the landmines that litter the border. Eyes glued to the ground.  Long years are passing and despite the fervent hopes, prayers and pleas of little Rami and millions more, we see no end to Syria’s terrible war.  From a distance, in safe places, we watch the suffering of innocents. We ache for them and feel helpless.  But we are not helpless.  We can join forces as a community. We can help traumatized children like Rami receive the support they need and deserve.  This war must end.  But until then we can help families who desperately need us now.  We can make a difference.”

“I know all too well what war does to a child and to families.  Loss of home, the sense of security, family members and friends – and often an education and any semblance of a childhood.  Children and young people are at added risks of being used by armed groups and fight a conflict that they had no role in creating.  But for those children who survive war, who have been forced to learn to function in madness, there is an amazing ability to heal despite often very deep physical and emotional wounds.  I know from personal experience that it’s a difficult journey, but one that can be done when the right support is in place.  That support should include access to formal education, non-formal training and opportunities to live up to your full potential.  With that, children affected by war can redirect the negative experiences they have been forced to have onto positive paths that they have a say in selecting.  Children and young people are the hope for a peaceful future and will be the ones to one day help put their country on track to recovery.  This is being done in my own country of Sierra Leone after a ruthless civil war – it’s a painful process, but one that can and must be made. Investing in children and young people is always the best investment in the future for us all.”

“Children and young people affected by the conflict will be the strongest asset when it comes to one day rebuilding Syria.  I saw this first-hand in Jordan. I was especially impressed by the girls I met, some of whom had lost friends or family in the war.  They were bursting with energy and potential and so committed to getting an education. We need to invest in them and they will be the best champions for peace, and in strengthening their communities and rebuilding their country when the time comes. They told me they want to be lawyers, teachers, engineers and police officers.  One girl stoop up and did a really powerful rap about Syria.  These girls are the future.  And just like everyone else they – and all children and young people affected by this war – need a helping hand to give them the access to good education and opportunities that will improve not only their lives but the lives of so many others.”

“All children and youth affected by the conflict in Syria should be protected and have access to basic services.  They need to live in safety and with dignity wherever they are. The No Lost Generation initiative is helping to do just that. We can all play a small part in supporting children who have witnessed extreme violence and brutality.  For me, I believe music can play a key role in bringing people together and music can become a form of therapy for those who have witnessed things that no child should ever experience.”