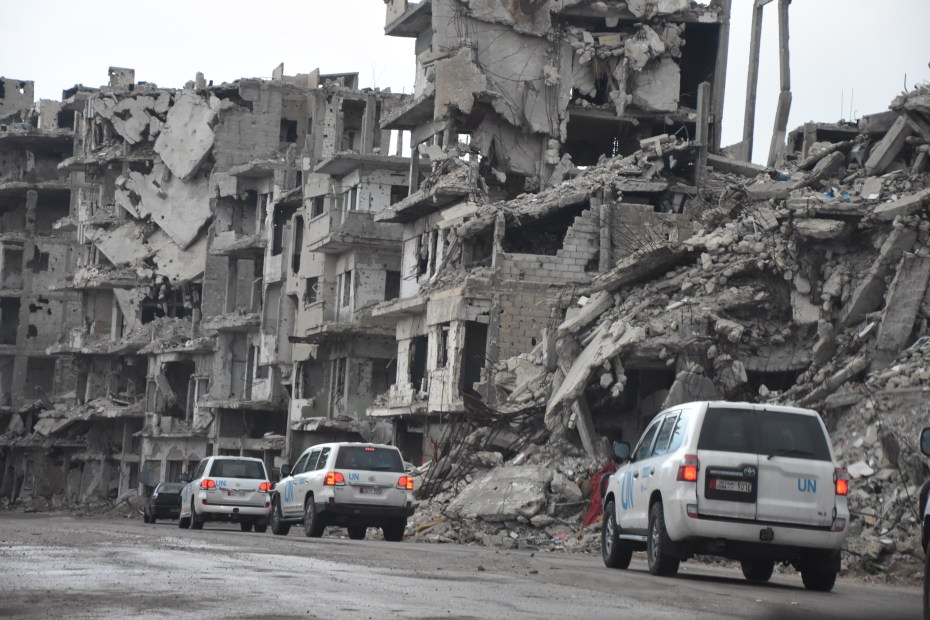 BRUSSELS, 5 April 2017- “As a conference on Syria started in Brussels today, alarming reports were received of multiple attacks on homes and a hospital killing at least 11 children in Idlib and Hama. As world leaders gather to discuss the future of Syria and the region, this attack should serve a stark reminder that warring parties in Syria continue to blatantly disregard the rights and protection of every child.

“We thought that brutality couldn’t possibly get worse.  But over the past weeks and even today, violence has escalated. Violence continues in Ar-Raqqa, Damascus, and Aleppo. Children have time and again come under vicious attack. More than 280,000 are trapped under siege, almost completely cut off from humanitarian aid. Some 70% of the children under siege are living in Eastern Ghouta where protection and access to basic services hardly exists.

“Across Syria, children have seen humanitarian workers, doctors and teachers risk their lives in the line of duty. These unsung heroes have braved bullets and bombs to make it to school, attend to the injured, and protect civilians. But we have rarely seen that same commitment and bravery from political leaders around the world who failed to put an end to this war

“Over the years, generous contributions from donors have been critical for Syrian children  to make their lives just a little more bearable. In follow up to the London conference last year, US$ 650 million were committed to education: fulfilling one of children’s aspirations. As a result, more than half a million Syrian children were able to get an education.

“But, we need to do so much more. Political leaders need to come together to put an end to this conflict through a diplomatic solution, and further generous support is needed from the international community to help the Syrian people and host communities. Every cent spent on children is an investment in the future of Syria.

“This week, I spoke to thirteen-year-old Saja from Aleppo. Forced to flee seven times, Saja’s only wish is for the war in Syria to stop so that she can live without worry and in peace.

“Failing to heed this call from Syria’s children jeopardizes more than just their future. It jeopardises the future of the region and whole world.”

Despite immense challenges and with help from partners, UNICEF was able to provide assistance to children in Syria and the region. This includes providing 3.6 million children inside Syria with education support, school supplies and enrolment in informal and formal education. More than 1 million people were reached with aid in hard-to-reach areas. In Jordan, Iraq, Lebanon, Turkey and Egypt, UNICEF supported 700,000 children to access formal education under the “No Lost Generation” initiative, while more than 21 million children were vaccinated against communicable diseases.

In December 2016, UNICEF appealed for US$1.4 billion for its programmes for children inside Syria and in neighbouring countries. To date, UNICEF has received just over 10 per-cent of the required funding.