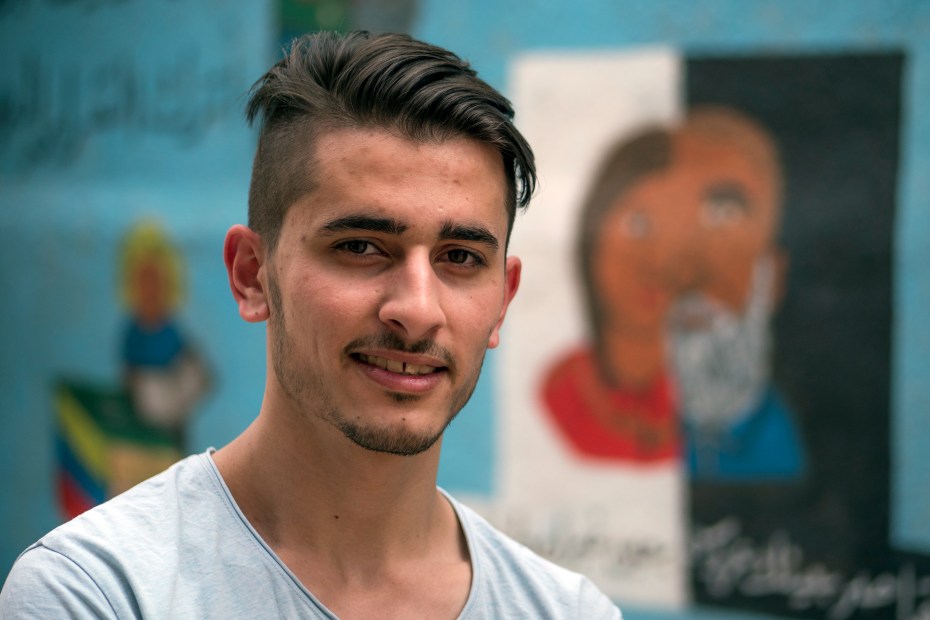 AMMAN 3 April 2017– Life in Damascus was on track for Majd, a boy with a sharp mind and a determined drive to become a journalist.  Days were spent in school, evenings with friends and family watching movies or going to the gym, and weekends were packed with picnics or a swim in the family’s garden pool.  Then came the war in Syria and Majd’s world crumbled.

“He used to be a little chubby,” said his mother teasingly, pinching her son’s cheeks one recent afternoon in Amman in their tiny basement apartment where the family had moved when their former accommodation became unaffordable.

Majd, now 21, and his family are among millions who over the past six years have been forced to flee often comfortable homes and lives in Syria and cross borders into the unknown. 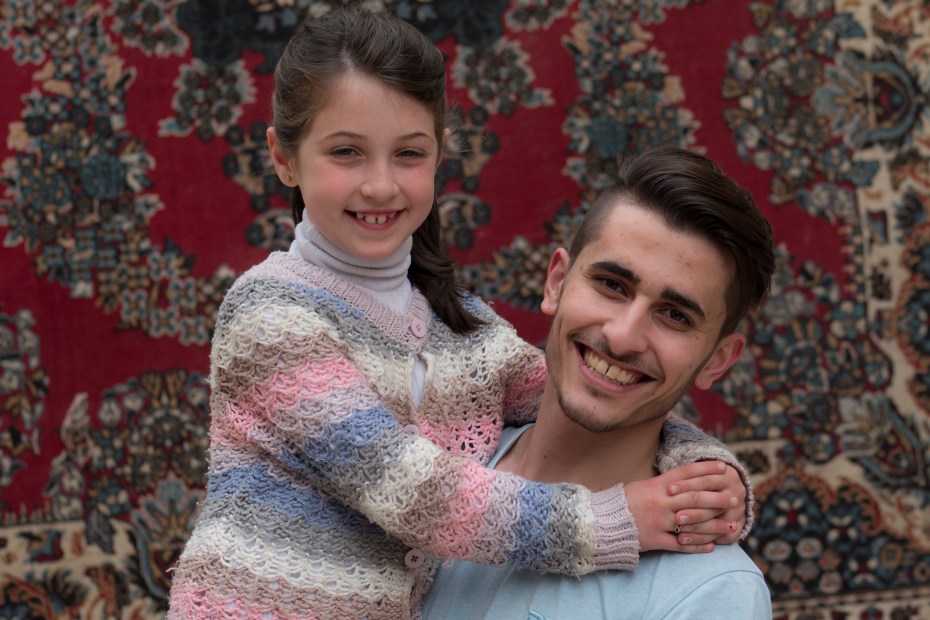 Majd and his niece Maria in their basement apartment in Amman. UNICEF/Sebastian Rich

For Majd, his mother, younger brother and two sisters, it was a terrifying journey by car from Syria’s capital to Jordan – leaving behind his father, grandmother, a brother and a life steeped in familiarity and stability.

In Jordan he works 12 hours, six nights a week as a graphic designer, which pays him around 10 JD (US $14) a shift.  It is barely enough to cover the 150 JD (US$ 211) in rent to keep a dilapidated roof over his family. His pay leaves little else for food, clothes, electricity and other necessities in one of the most expensive countries in the Middle East.

“The pressure is overwhelming,” said Majd, when asked about his daily challenges. Majd is his family’s sole breadwinner. Despite his long hours of work, the family’s financial situation is sinking deeper by the day, as his dreams of continuing his education drift further away.

It reached a point where Majd – once filling books with poetry back home – simply ran out of words. “I stopped writing,” he said.

But a few months ago, things started to change. 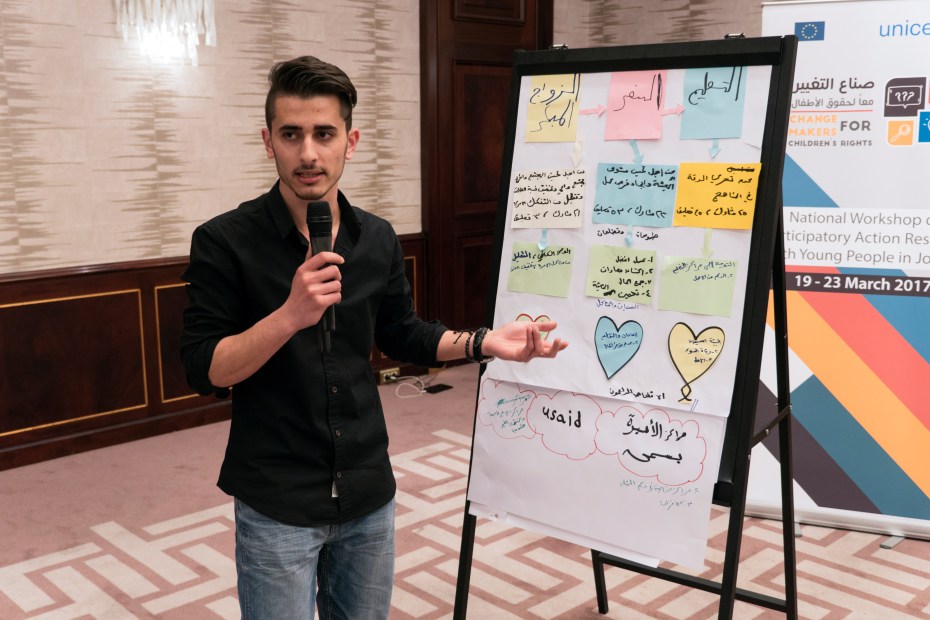 Majd making a presentation for Young Researchers at the workshop in Amman. UNICEF/Sebastian Rich

Majd heard about a centre in his neighbourhood where children and young people come to learn and spend time together.  Desperately seeking any free learning opportunities, he started attending activities after finishing his night shift.  At the centre, he was approached to be one of the participants in an innovative youth participatory action research project.

The goal is to train and engage some of the most marginalized young people in youth-led, community-based data collection on the hopes, aspirations and challenges that young people face and then find solutions to their shared problems.

In March, along with 45 other young people in Jordan, Majd received his diploma as a Young Researcher as part of a regional Participatory Action Research project launched last year.  UNICEF, the EU Regional Trust Fund in Response to the Syrian Crisis and other partners support the initiative, which is reaching hundreds of young boys and girls with the potential to engage many more.

Unique for the EU Trust Fund is the inclusion of vulnerable refugee host communities, such as Jordanian, Iraqi, Lebanese and Palestinian young people who live on the edge of society because of poverty, violence and exclusion.

The challenges that Majd and other participants highlighted after interviewing peers, were the lack of access to financial support, quality education, limited opportunities for vocational or other certified training, safe and well-paying jobs, a sense of belonging and protection from violence in homes, communities, schools and the work place.

At the workshop, the young researchers developed action plans to implement innovative solutions with support from UNICEF and partners. These include developing community support groups to keep young people safe and address local social barriers; providing peer education on negative strategies for coping with uncertainty, stigmatization, early marriage, rights at work; and preparing advocacy meetings with local and regional stakeholders to spur change.

“Young people are the solution – not the problem,” said Veera Mendonca, Chief of UNICEF’s regional adolescents unit in Amman. “If we invest in them and let them know that their voices matter, then there will be a huge return on investment in terms of lives improved.  Not just for them, but for their communities and their countries.”

About the partnership between UNICEF and the EU Regional Trust Fund in Response to the Syrian Crisis:

UNICEF has received over 100 million Euros from the EU Regional Trust Fund in Response to the Syrian Crisis.  The funds are helping hundreds of thousands of children and young people – both refugees and vulnerable host communities – in Jordan, Lebanon and Turkey with getting access to education, learning, psychosocial support and protection against harmful practices.