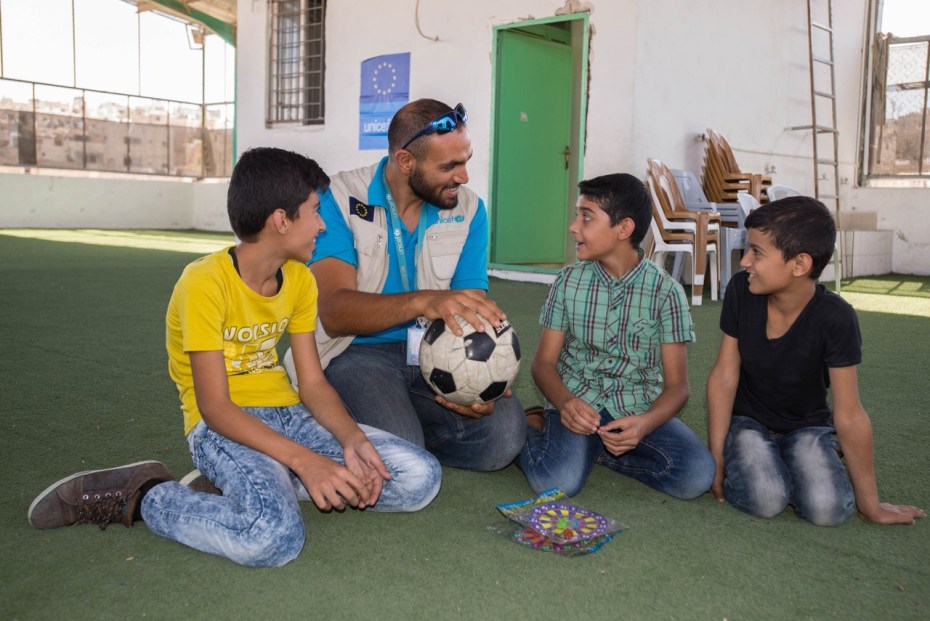 From left to right, Louay, Abed Elmajeed with UNICEF, Nizar, and his cousin Hayder on the rooftop playground at the Makani learning centre in Amman Jordan.
UNICEF/2016/Sebastian Rich

AMMAN, Jordan, 30 March — Nizar has good reason to feel confident about his future. After years of not being able to join his peers and learn how to read and write because of the war in Syria, the 12-year-old is now a proud third grader in one of Amman’s public schools.

Before crossing the border from Syria to Jordan with his family – and becoming refugees – Nizar was unable to attend school back home in eastern Aleppo.  It was simply too dangerous to move around.

But when the family arrived in Jordan 18 months ago, attempts to send their son to formal education failed.

Then came a turning point in Nizar’s life.  His mother was advised by a relative to send her son to a Makani centre in one of east Amman’s neighbourhoods. The centre is supported by UNICEF through the EU Regional Trust Fund in Response to the Syrian Crisis. 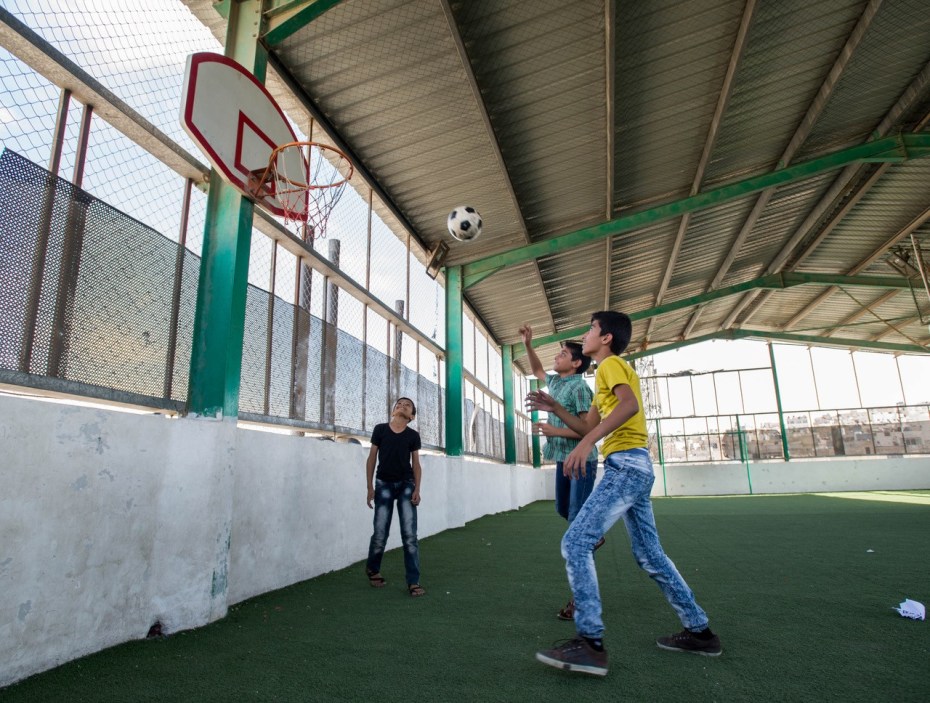 Louay, in yellow, Nizar, in green, and their cousing Hayder on the rooftop playground at the Makani learning centre in Amman Jordan.

Nizar spent one year in the Makani centre, where he was taught to read and write. That experience prepared him for school.

“After one year, I joined school and was admitted to the third grade,” said Nizar. “Although it is my first year in a formal school, I am one of the top achievers in my class,” he added, while sitting on the floor doing his school homework along with his two cousins who had been through a similar experience.

“Because I was out of school I couldn’t read well or write,” said Nizar. “But it improved when I came here.”

Makani centres, meaning “My Space” in Arabic, is a UNICEF initiative that was established to provide vulnerable children from Syria and host communities with learning, protection and psychosocial support.  The centres also provide adolescent and youth participation – including teaching healthy habits and innovative ways of solving problems. In other words, it’s a one stop place to provide children and young people with full development and well-being support – physical, cognitive, social and emotional. 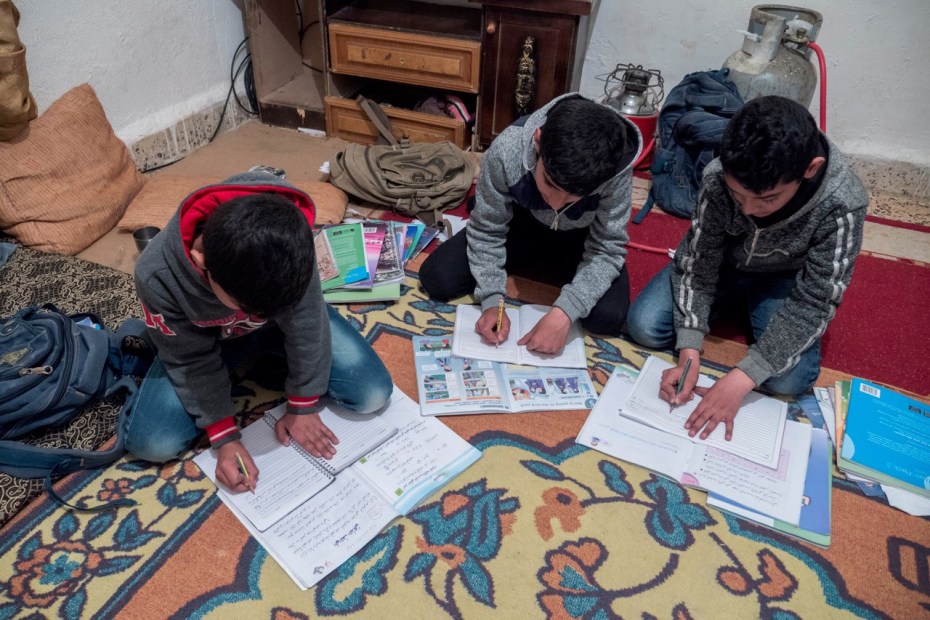 Regionally, UNICEF with the support of the EU Trust Fund, host countries and partners, have been able to get thousands of children back to school and learning.  The partnership also provides psychosocial support, safe spaces, protection against early marriage and other negative coping mechanisms for thousands of families, many who have lost all to war. Unique to the EU Trust Fund is that it includes vulnerable children and families in the host communities to provide a fair chance for all of the most marginalized children.

Early this year, a new Learning Support Service was introduced in the Makani centres in place of informal education services. The services include basic literacy, numeracy and remedial education for all children. It is available to children who have been to school as well as those enrolled in school but need additional tutorial support.

“At one point, we lost hope that our Nizar could join school,” said Nizar’s mother, while surrounded by three of her five daughters in a rented basement house.  “But, hope was restored when a relative told us about the Makani centre in our neighbourhood, where we registered our son.”

For his part, Nizar said he was worried to end up like so many other children in his neighbourhood who were also out of school. He wants to pursue his studies all the way to the top.

“I want to continue my education and study engineering at university,” he said.

His cousin Louay, 14, is following suit.  Louay was out of school for four years due to the war.  He was finally able to attend a Makani centre for one year – and that brought him back into the classroom.

“I am happy to be back to school,” said Louay.