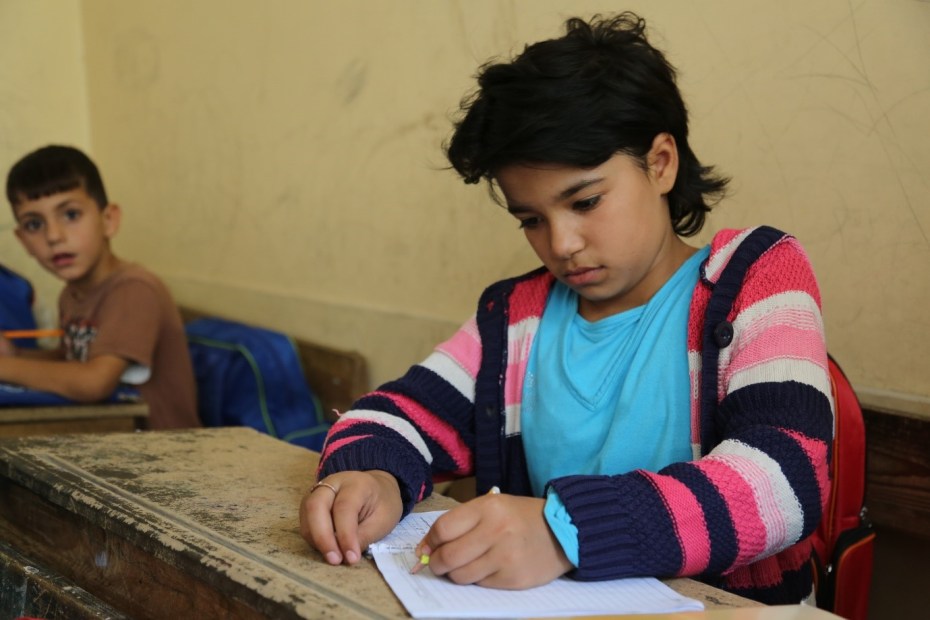 ©UNICEF/Syria 2016/ Delil Souleiman
11-year-old Siba solves mathematics problems in her class at Edward Iwaz School in Hasakah. Siba wants to be an Arabic teacher when she grows up because it’s her favourite subject.

23 January 2017- Hasakah –For many children in Syria, school is little more than a distant memory. Others have never seen the inside of a classroom. But in small pockets all over the country, children and their families are doing whatever they can to reclaim an education that is rightfully theirs.

Sisters Siba and Ruba and their family fled their home in the town of Shadadi south of Hasakah last year because of heavy fighting. With escalating violence, multiple displacements and restrictions imposed on education, both girls were unable to go to school for three years.

“We couldn’t go to school or even go out to play because we were afraid of shelling and stray bullets,” says 11 year-old Siba.

Unable to cope with the persistent dangers around them, the family of seven made the trip to the north-eastern city of Hasakah, where they now live in a basement room in their grandparents’ small house. With UNICEF’s support, the two girls re-enrolled in school last September. Siba, 11, should be in Grade 5 and Ruba, 9, in Grade 3, they were both placed in Grade 1 due to the many years of education they had lost. 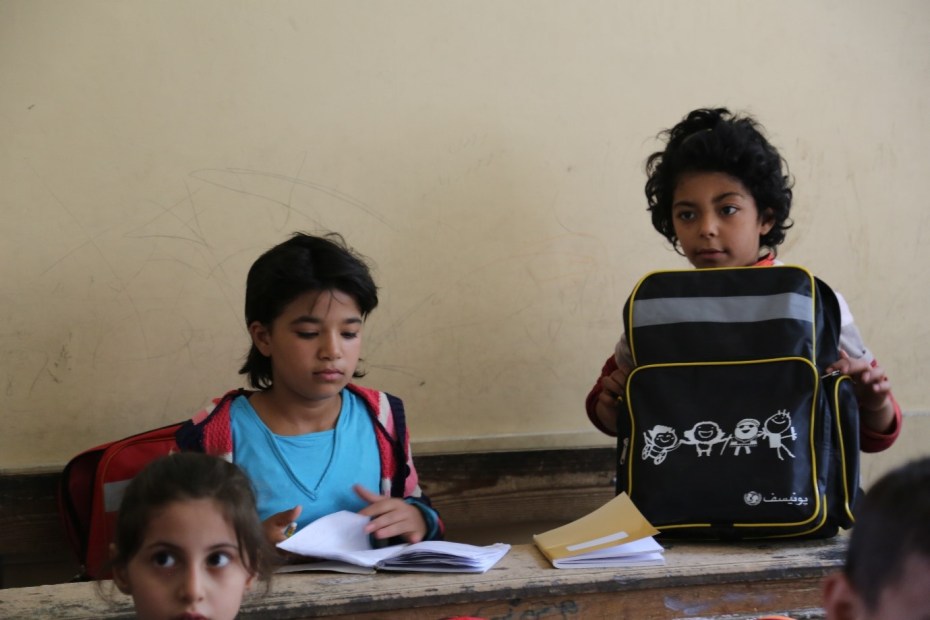 To support children like Siba and Ruba, UNICEF partnered with the European Union (EU) and launched a back- to- learning campaign in September 2016. As part of the campaign, UNICEF is renovating 100 schools in Hasakah this year.  UNICEF has distributed school bags and stationery to more than 100,000 children in the area thanks to generous contributions from donors like the EU.

Internal displacement is one of the most common factors pushing children out of school.   In order to help children like Siba and Ruba  catch up on years of missed education and re-integrate them into formal education, UNICEF has launched  ‘Curriculum B’ a special accelerated learning syllabus designed to help out-of-school children complete their basic education in half the required time. UNICEF also supports remedial classes to provide children with the opportunity to catch up with their peers and continue their education.

Back in Hasakah, the girls are planning their futures.

Siba wants to teach Arabic when she grows up because it’s her favourite subject at school. Ruba can’t decide between being a head teacher or a doctor. “I want to build a school in our neighborhood and be its head teacher,” said Ruba. “I also sometimes think that I want to be a pediatrician to treat sick children but I don’t want to perform surgeries!” she adds squeamishly.