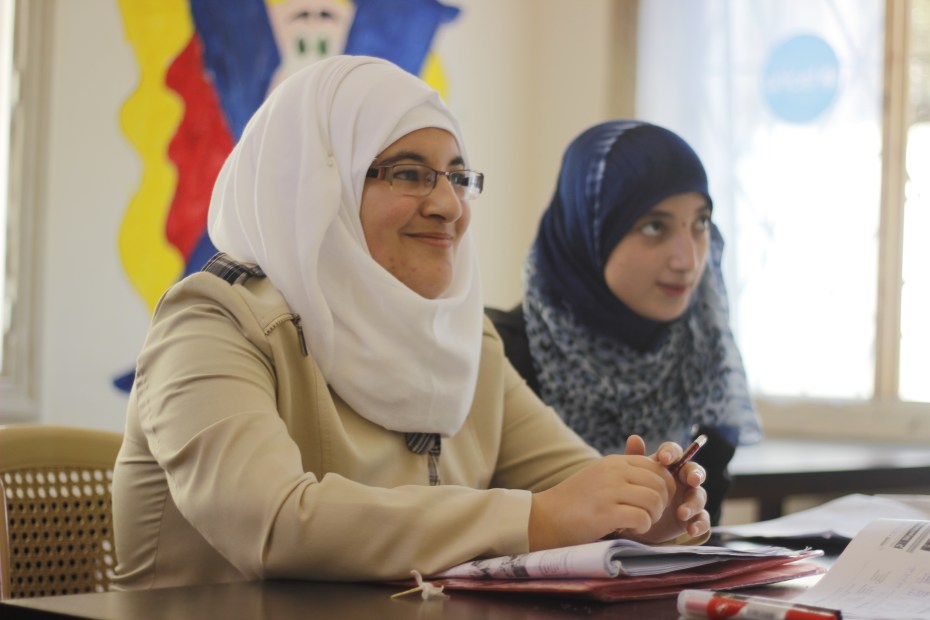 3 January, 2016, Homs, Syria- When Manar and her family left their house in the old city of Homs back in 2011, she left behind so much more than her belongings. As violence escalated in her neighbourhood, Manar, 12 at the time, had to leave her friends, her school and her sense of security.

For many parents in Syria, the choice of sending your children to school is one of life or death. For Manar’s father, keeping his children at home was the only way to protect them after years of conflict and multiple displacement.

“We moved so many times that I no longer had any friends,” said Manar. “I used to stay home all day,” she added, recalling the struggle she faced trying to convince her father to let her re-enrol in school, with no success.

Manar’s hope in continuing her education was revived after the family returned back to their partially-damaged home in the old city of Homs in 2015, despite the lack of basic services such as water and electricity due to the two-year siege that ended in May 2014.

It was then that UNICEF-supported teams met Manar for the first time. As volunteers went door-to-door to speaking with young people about different projects and opportunities available for them.  Manar was eager to sign up for an English course at one of the two UNICEF- supported centre in old city of Homs. The centers offer more than 1000 youth the chance to participate in vocational training, life, communication and social skills sessions, language courses, community work and volunteering.

“Manar was one of the outstanding students in the English course,” said Majida, a volunteer with the team who visited Manar’s home. “She told me about her struggle trying to return to school.  I wanted to help her. So I encouraged her to participate in our life skills sessions, hoping that she would gain the confidence to explain her father why education is so important for her future so that he can let her go back to learning.”

Through the life skills course, Manar improved her communication and negotiation skills; she felt more empowered to fulfill her dreams and gained self-confidence.

“Life skills training had a positive impact on my life,” said Manar reflecting on her past. “It shaped my personality and taught me how to communicate my ideas well and form convincing arguments, “she continued. “I think my greatest achievement after the course was convincing my father to let me continue my education.”

At the beginning of 2016/17 school year, Manar was able to re-enroll in Grade 10 – a glimpse of hope amid horrors of the nearly six year conflict that forced 1.75 million children out of school and uprooted more from their homes.