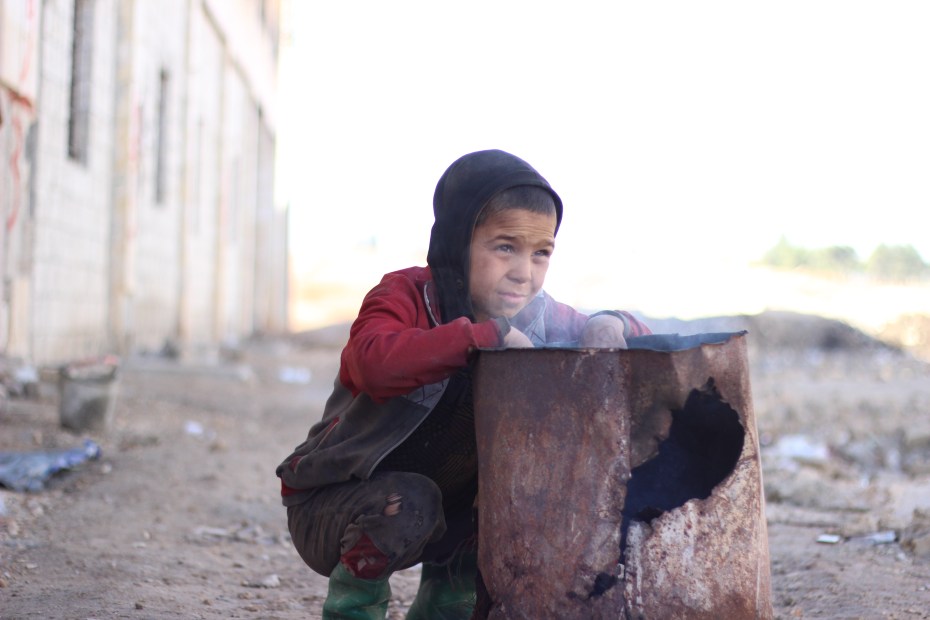 © UNICEF Syrian Arab Republic/2016/Al-Issa
Ten-year-old Ahmed lives with more than 6,000 other displaced people in a former warehouse turned in to a shelter. With both parents dead and no other relatives to look after him or his four siblings, Ahmed came to the shelter from East Aleppo with his neighbours.

By Shushan Mebrahtu and Basma Ourfali

Five days ago, 10-year old Ahmed arrived in Jibreen, an industrial district on the outskirts of Aleppo. Ahmed’s parents were killed in the vicious conflict engulfing the city. He and his four siblings have nobody to take care of them and help keep them warm.

Around 6,200 people who fled fighting in east Aleppo are now sheltering in a barren former warehouse in Jibreen, gripped by the cold. Add Media

Worry and fatigue are clearly visible on Ahmed’s face.  His hands are calloused and his clothes torn. Like many children in the shelter, Ahmed spends much of his time collecting firewood to keep warm. Weakened by the cold, even this simple task is exhausting.

“The winter months are even more brutal for children inside Syria,” says Hanaa Singer, UNICEF Syria Representative, who just returned from Aleppo. “I saw children who fled their homes with nothing but the clothes on their back. After the horrors they have lived through, now they have to cope with the piercing cold,” she added. 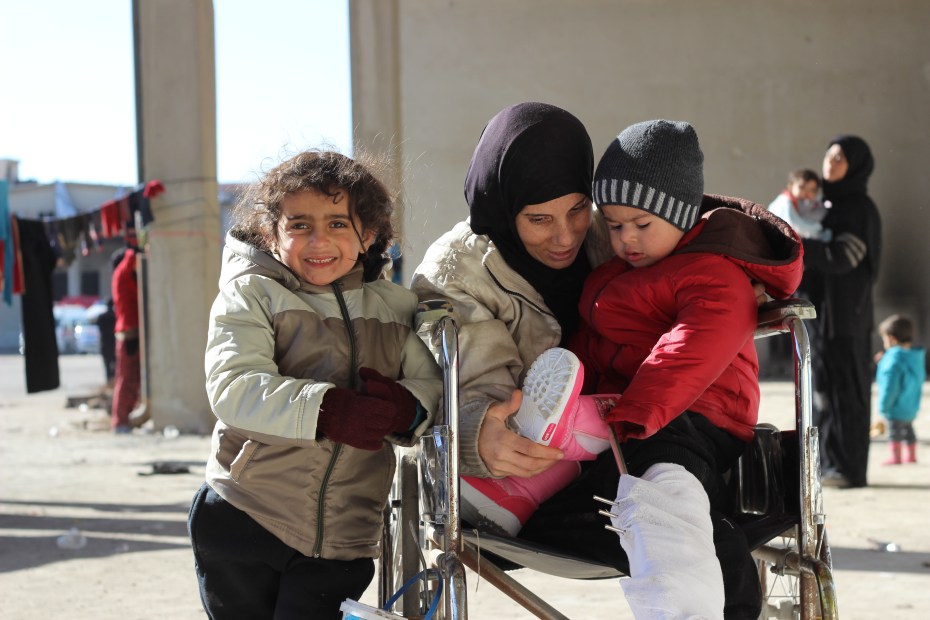 © UNICEF Syrian Arab Republic/2016/Al-Issa
Five-year-old Rahaf and her two-year-old brother Wael sit happily by their mother in their new winter clothes. They are among the tens of thousands of children who fled the intense ongoing fighting in eastern Aleppo.

The journey to Jibreen was grueling for five-year-old Rahaf, her two-year-old brother Wael, and their mother, who fled their home in east Aleppo. Their mother, a widow who suffered a shrapnel wound on her leg, had to wheel her children for hours until they could be transported by bus to the Jibreen shelter.

“My neighbours told me that everyone was leaving the area. I grabbed my two kids on my wheelchair and moved out of my apartment,”  the mother said.  “It was extremely difficult. My neighbors helped me to get into a bus. It is hard to believe that I was able to get out, and that my two children are still alive.”

For children already weakened by months of under-nutrition and lack of health care, the cold weather can quickly lead to respiratory infections, hypothermia and other potentially fatal health complications.

A smile lit up Ahmed, Rahaf and Wael’s faces when they saw a box full of warm jackets, trousers, jumpers and shoes. Ahmad was not sure if the clothes would fit him but shared another radiant smile when he realized that the clothes were exactly his size. 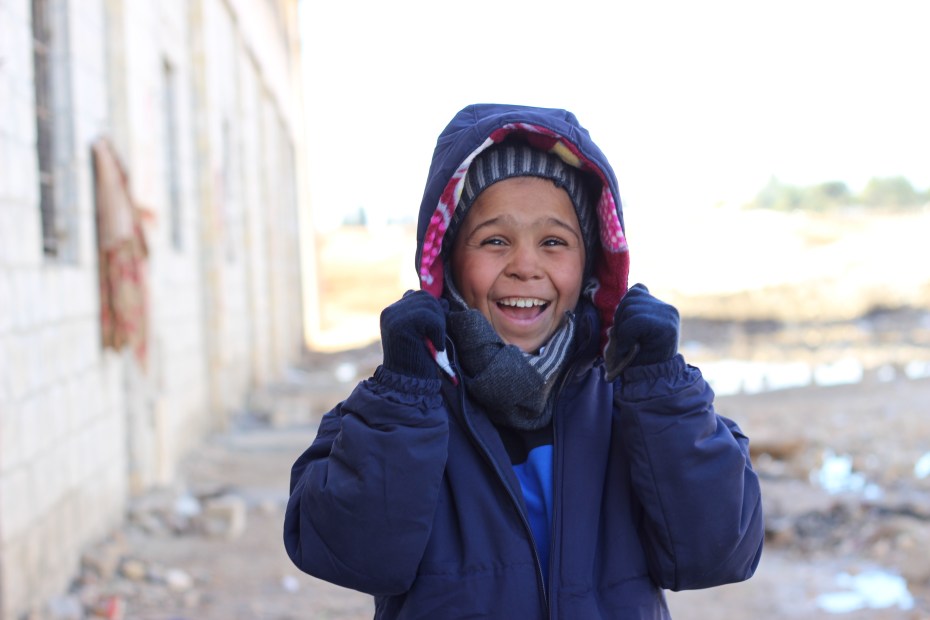 © UNICEF Syrian Arab Republic/2016/Al-Issa
Ahmed gives a radiant smile as he finds out that the clothes he was given were exactly his size. Displaced children like Ahmed are especially vulnerable at this time of year. As temperatures drop, children are at risk of hypothermia, pneumonia and other deadly diseases.

Ahmed, is one of 64 unaccompanied and separated children identified by UNICEF in the shelter. Alternative care arrangements have been put in place for children like him by local partners.  A dedicated social worker visits Ahmed regularly and the other separated children in the shelter. Ahmad also participates in psychosocial support activities, designed to help children cope with the horror and trauma they have been through. During these activities, they find a moment to play, sing, and be children again.

UNICEF and partners are working around the clock to respond to the needs of those who have fled recent fighting and some 400,000 displaced persons across the city and make life a little more bearable.

This includes trucking 6 million liters of water a day to 300,000 displaced families, including to the newly arrived in Jibreen and Hanano.  Nearly 10,000 children and mothers have received polio, tetanus and other critical immunizations. The screening and treatment of malnutrition continues in shelters for displaced people, at primary health care centers and through door to door mobile teams. Hygiene awareness and clean up campaigns are ongoing in the shelters in Jibreen.

“The response can never be enough for children who have lived through nearly six years of conflict” said Singer. “We need immediate and sustained access to reach the most vulnerable children who remained trapped in eastern parts of the city and the other besieged areas in Syria.”