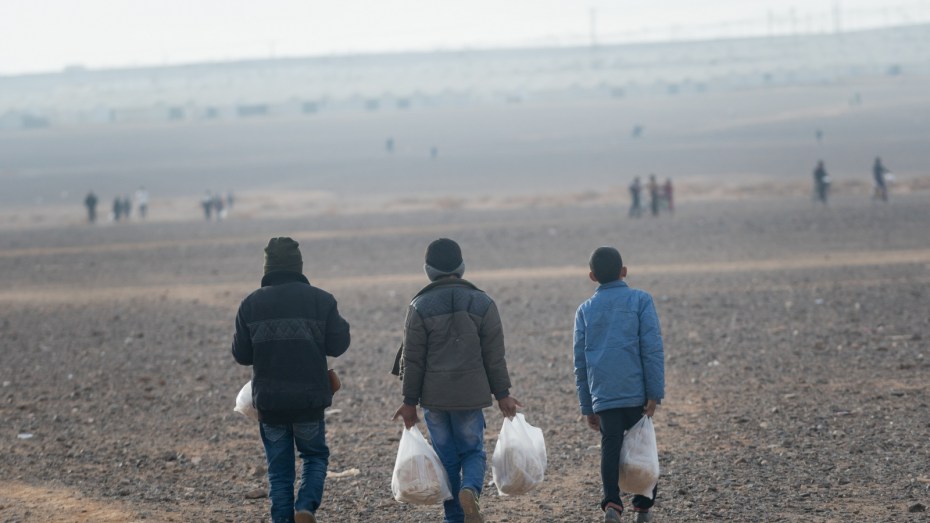 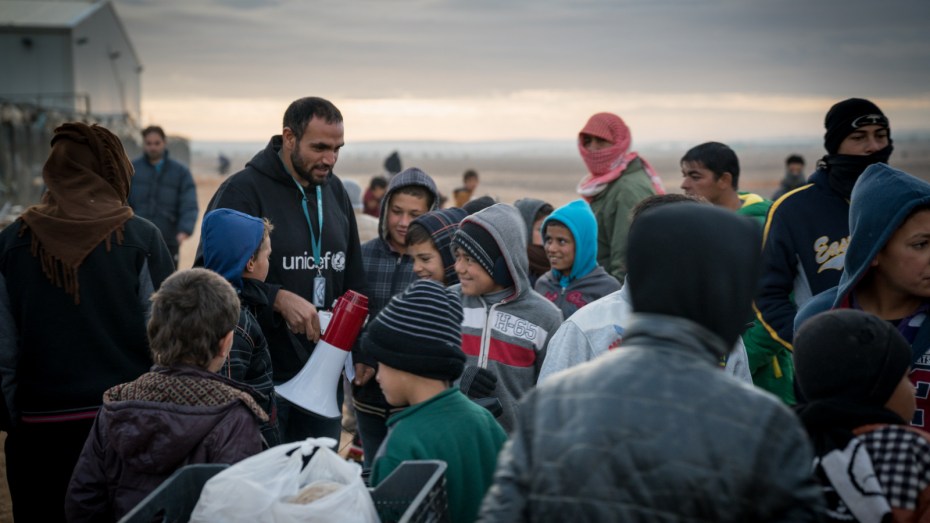 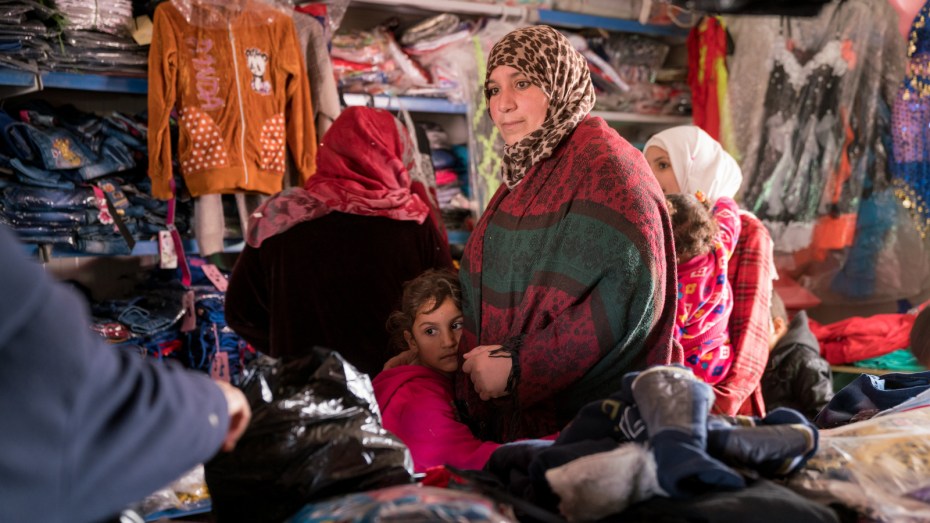 Winterisation in ZaatariManar Mohammad Aziz is 34 years old. She has 8 children. Ahmed, 16, Aya, 15, Doa’a, 13, Mahmoud, 10, Khalid, 9, Sidra, 7, Adnan, 4, and Lina 1. Married to Basil, a security supervisor at the local school, the family live in Zaatari refugee camp in Jordan. Originally from Dara'a in Syria, the family have been in Zaatari since the beginning and are coming up to the 5-year mark of living in the camp. Lina, the youngest, was born in the camp and Adnan was only 1 month old when he arrived and says that he doesn’t remember Syria. Back in Syria, Manar worked in a nursery as a teaching assistant and Basil was a soldier, before defecting, the reason why the family had to flee to Jordan. When I ask Manar to tell me a bit about life in the Berm, she shows me her hands. Dry, peeling with calluses and scars, they are certainly reflective of the hardship the family has had to face over the last 4 and half years. Today, however, is a good day. Manar is going shopping with a couple of her children, to buy clothes for winter. Three days ago on Sunday, her husband Basil, queued up at the distribution centre to get the winterisation cash grant provided by Unicef. For each child, up to 6 children, Manar gets 20JOD, just over £20, meaning that Manar has 120JOD to spend. This is the first year that Unicef has provided cash to families to do this, as opposed to actual blankets and clothes and Manar is really pleased about this. She talked to me about what this cash means for her family:“Last year I had to go to the Mall here in Zaatari to buy the clothes, but it was too crowded and too expensive, the clothes we bought were not nice. If you didn’t go at the beginning all the good things were gone. And the prices were too expensive; I could only buy one thing per child. The jumper that Lina is wearing, I bought it in the market this year for 3JD, last year in the mall it would have cost 10JD. “Last year as well, they didn’t give us cash, the money came 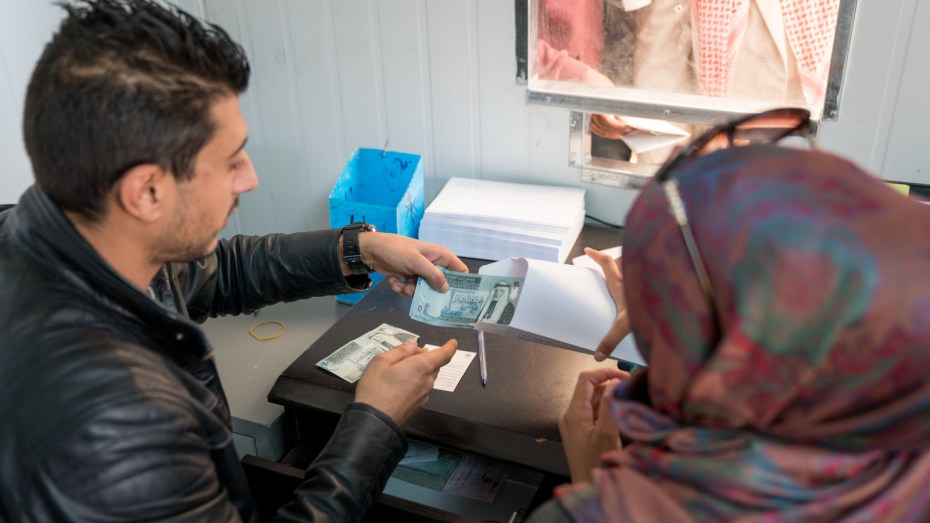 Winterization program - 20 JD given by UNICEF for each child in the camp for winter clothes. Nov 20, 2016.
Share and raise awareness on #ChildrenofSyria

With temperatures dropping close to freezing in many parts of country, UNICEF is using a mixed strategy of cash support and in-kind distribution to urgently support over 150,000 disadvantaged children living in Syrian refugee camps, host communities and other difficult locations.

“UNICEF’s top priority currently is to enable vulnerable families to keep their children warm, healthy and active, and continue to attend schools and learning programmes,” said the UNICEF Representative, Robert Jenkins. “Our partnership with the Government, NGOs and UNHCR is highly significant, as it helps us reach as many vulnerable children as possible this winter,” he added.

All children in Za’atari and Azraq Refugee camps, over 60,000, are receiving a one-time cash grant of 20 Jordanian Dinars (~USD28) per child. UNICEF is supporting the Norwegian Refugee Council to distribute the cash directly to the heads of households. In addition, over 25,000 of the most vulnerable children in host communities are also receiving a similar winter cash assistance from UNICEF.

Families are being informed through mobile text messages, posters, flyers and awareness sessions that the UNICEF cash assistance is for the winter needs of their children.

Outside camps, in areas with limited access to the market, and to families encamped at Jordan’s North Eastern border, UNICEF is delivering winter kits to more than 65,000 children through partners.

UNICEF’s 2016-2017 winterization programme in Jordan is made possible through the generous support from the European Commission’s Humanitarian Aid and Civil Protection department (ECHO), UN Central Emergency Response Fund (CERF) and the governments of the Netherlands and the United States.