A field diary by Asalah Sawas, a community outreach volunteer working with a UNICEF-supported partner in Aleppo on educational campaigns. 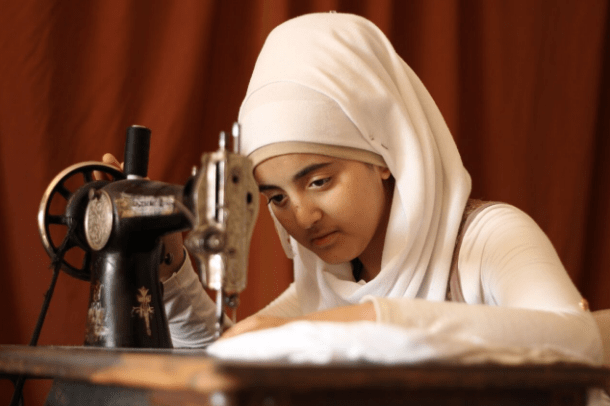 It was 2014 when I first met Sabah, a shy 11 year-old who had been uprooted several times already in her short life.

Sabah and her family were forced to flee their home when violence erupted in their village of Hayyan in a rural region north of Aleppo. They then spent three years moving from one place to another, living with relatives, until their journey led them to become our next door neighbours.

It was at that point when my life and that of Sabah’s changed.

In Syria it is common to welcome new people to the neighbourhood. So soon after Sabah moved in, I went with my mother and our neighbours to welcome the new family. The first time I saw Sabah, she was standing next to her mother, looking at the floor.

As a volunteer on education campaigns, I work closely with displaced families whose children were forced out of school. Through awareness sessions, door-to-door visits and recreational activities, I, along with 40 other young men and women, convince parents to send their children back to school.

The first thing I wondered was if Sabah and her seven-year-old brother were getting any sort of education.

“They are dreaming of going back to school, but haven’t seen the inside of a classroom in more than two years,” their mother told me. 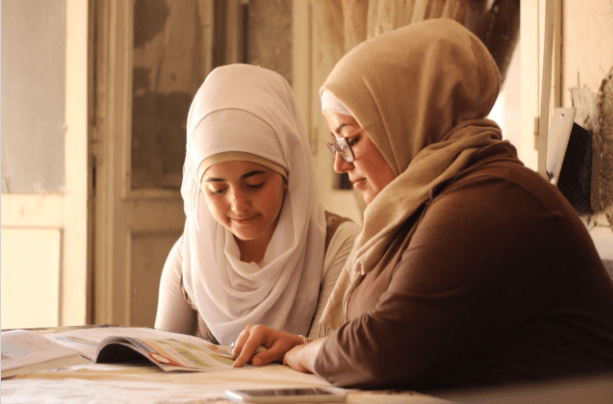 Education matters more than ever

Sabah and her brother had watched their home burning on the news, they had seen things no child should ever see and were confronted with violence and death on almost a daily basis.

Yet, power amidst the violence and the destruction, going back to school was not just Sabah’s dream – it was the only way they had to restore some small aspect of normality to their lives in the chaos of war.

I decided to do something positive for these children. I started visiting their house every day to help them study English, Arabic, math and science so they could catch up with their peers. I went with the family to gather all the required paperwork and enrol the children in the nearest school, where they were tested and placed in grades five and one, respectively.

They were so excited to be back in school again but their struggle was not over.

Only days later, mortar shells started to hit the area of the school. Their mother and I knew they were in danger but could not leave the house under the constant shelling. 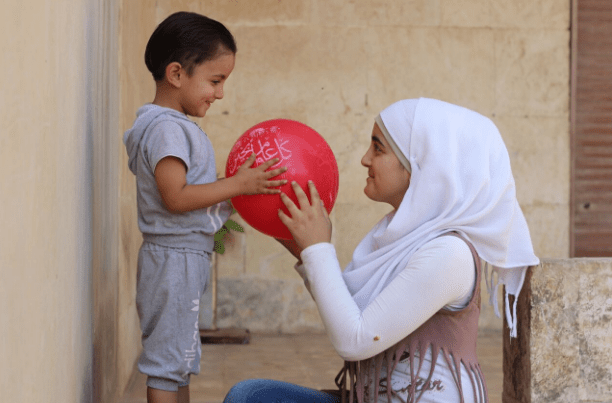 They were the worst hours of my life. I had strived to place these two young children in school. I had eased the fears of their mother. I was responsible for their wellbeing and now their life was in danger, and there was nothing I could do.

That day Sabah and her brother survived the deadly incident and arrived home safely, but shivering in fear.

“We were in the basement and the roof started shaking,” Sabah told me. “I never want to go back to school.”

It was a huge tribute to the two children that they later decided to continue their education and not let fear stand in the way of their future. Days later, we enrolled them in a different school in a relatively safer neighbourhood to complete the school year.

At the beginning of this school year, Sabah started seventh grade in her old school.

“I hope that I don’t have to change schools again because of fighting or stop going to school completely,” she told me.

Sabah, now 13, still braves challenges everyday living in Aleppo, the most dangerous city in the world. One day while she was asleep, a window panel fell on her due to an explosion nearby. Luckily, the glass of the window had disintegrated in an earlier explosion so she was not hurt.

I’m so proud and honoured to watch Sabah improve at school every day. I don’t pretend that I helped Sabah – she’s the one who gave hope and value to my life.

There are more than 1.7 million children like Sabah in Syria. It is our responsibility to make sure they get the education they deserve.