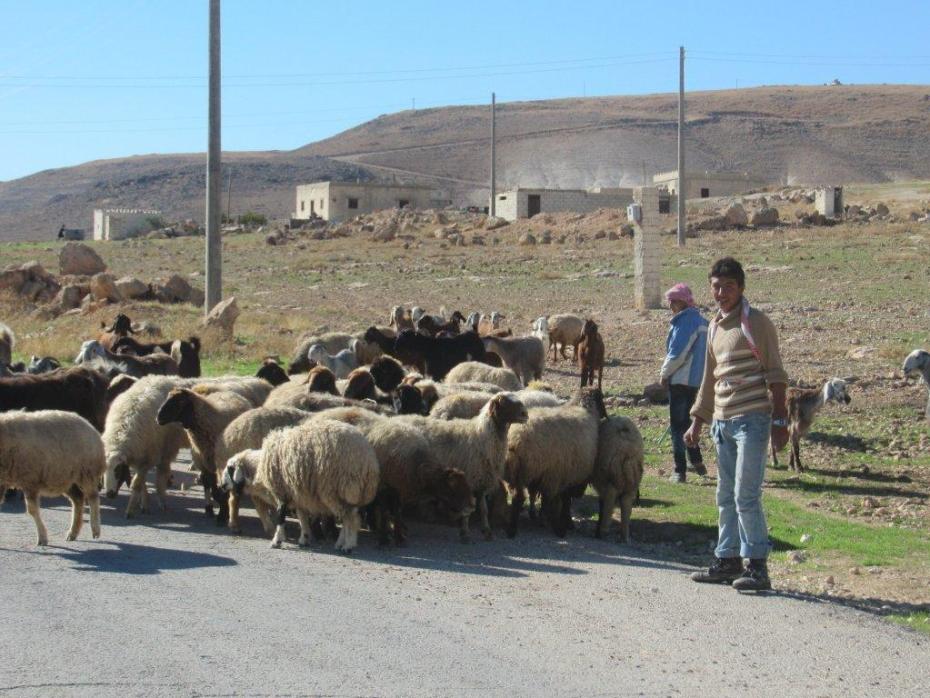 For Rashid and Mohammed-Noor, 16 year-old shepherds in Ta’at, a small village near Aleppo, school is already an old memory. “Since the conflict started in Aleppo, the middle school in our village closed down,” explained Mohammed-Noor, forced to leave school at 12 years old. Many schools in remote rural areas around Aleppo are closed, often because pupils and teachers have fled or because of damage and destruction. Across Syria a quarter of all schools – 6,000– no longer function.

There is a glimpse of hope for the two boys and hundreds of thousands of children like them across Syria who have been denied education due to the conflict. UNICEF’s self-learning programme, introduced this year, gives children denied education another chance to catch up join their peers in school. 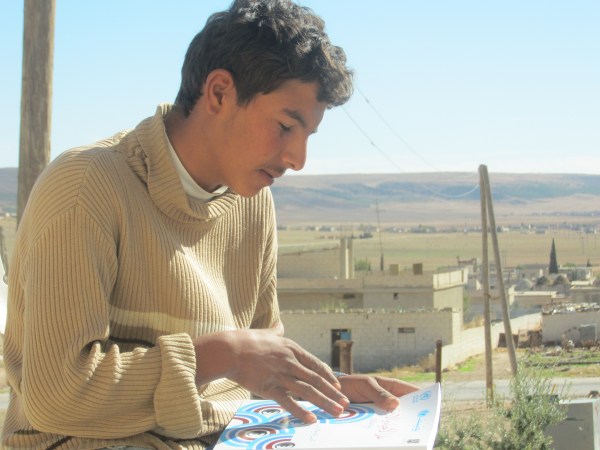 “It’s only after I couldn’t go to school that I felt its value,” Rashid said, holding his new textbooks. He strives to go back to school someday.

Though participation in the self-learning programme does not grant official certificates, it prepares students for the national certification exams.

“It’s an education opportunity for out-of-school children who have missed out on regular schooling due to insecurity, displacement, and other constraints,” explained Yasser Hmedi, UNICEF Education Officer in Aleppo. “The self-learning textbooks were designed in line with the Syrian national curriculum to enable children to continue learning at home or in community learning centres so that they can prepare for the national exams.” 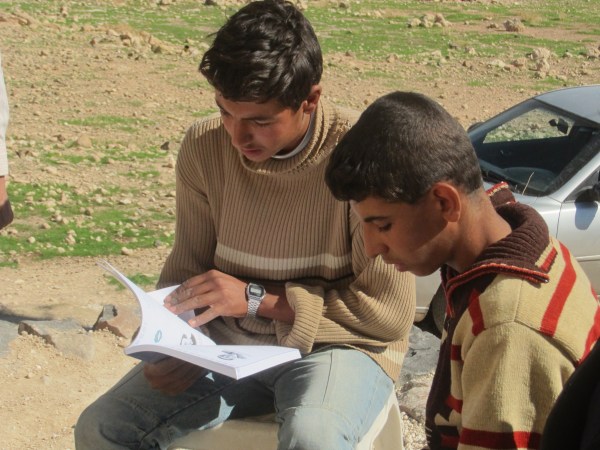 When the school year is coming to a close, they can come forward to any public school and enrol for exams and get their certificates.

UNICEF in partnership with the European Union, UNICEF National Committee for the U.S. Fund for UNICEF, and Educate a Child supports the self-learning programme reaching 30,000 children in the areas of Aleppo, rural Aleppo, Hama, rural Hama and rural Damascus.