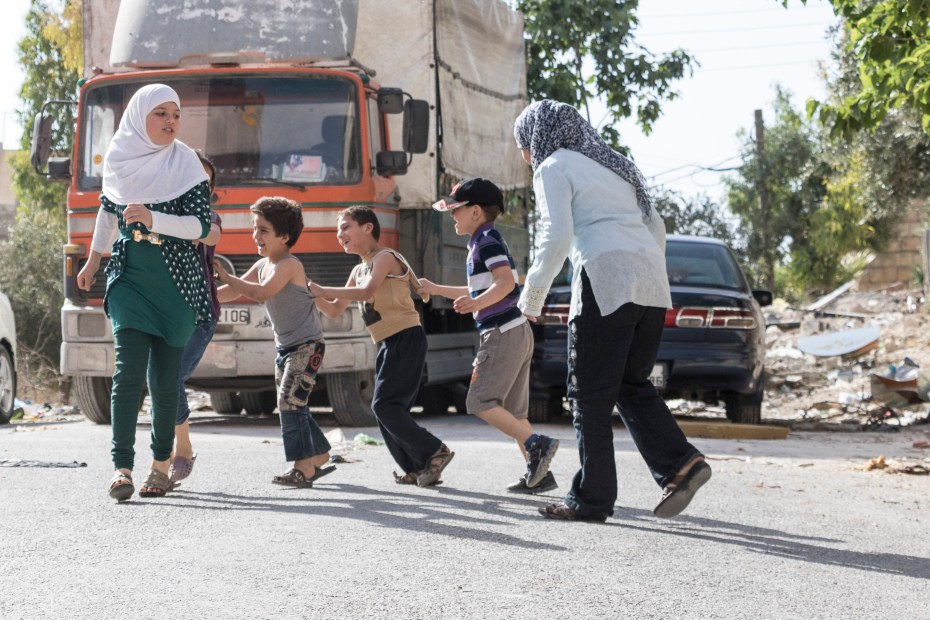 “The money is a blessing. It helps us pay for at least some basic things for our children,” says Um Al Majd, a mother of five, a recipient of the UNICEF child cash grant. Photo credit: unicefjordan/herwig

AMMAN, Jordan, 10 May 2016 – The European Commission’s Humanitarian Aid and Civil Protection Department (ECHO) has provided a grant of 4.8 million Euros to UNICEF to support the most vulnerable Syrian refugee families and children in Jordan.

As the conflict in Syrian enters a sixth year, tens and thousands of Syrian refugees in Jordan are at the brink of survival. With limited livelihood opportunities, they have depleted their savings and borrowed money from everywhere to feed and support their families. Thousands of households are now heavily reliant on charitable individuals and institutions, the Jordanian government and the international community. More concerning is the fact that many families are resorting to negative coping mechanisms directly impacting children, including increased school drop-outs, child labour and child marriage.

The latest grant from ECHO will specifically target 115,000 Syrian refugees in Jordan. A portion of the funds will be used in providing emergency cash assistance to 55,000 children from the most vulnerable Syrian refugee households in Jordan. The child cash grant, which was initiated in 2015 with support from ECHO and several other donors, was found to have a positive impact in targeted families. An independent monitoring report showed that 95 per cent of families reported using the grant to support their children’s needs.

“These grants are an empowering and dignified form of support,” said Matteo Paoltroni, a technical assistant for ECHO in Jordan. “The cash will allow families to increase their spending on basic children’s needs. Most importantly, the funds will allow children who have missed out on their education to continue their schooling – and to restore their hope for a better future.”

The ECHO grant will also be utilised to provide lifesaving emergency assistance to Syrian refugee families in vulnerable situations while they transit and enter further into Jordan. UNICEF services supported by grant specifically include: vaccination and nutrition; water supply and sanitation services; and psychosocial support and child protection service in child friendly spaces.

“Every day is a struggle for thousands of Syrian refugee families in Jordan – for shelter, food, health care and providing education for their children,” said the UNICEF Representative Robert Jenkins. “We very grateful to ECHO for their unwavering support which is helping UNICEF continue to fulfill the basic needs of Syrian refugee children and households during these desperate times,” he added.

UNICEF has received a total of 28.9 million Euros from the European Commission’s Humanitarian Aid and Civil Protection Department (ECHO) since 2012, for critical humanitarian support to children and individuals affected by the Syrian refugee crisis in Jordan.