UNICEF and health partners in Syria just completed the 18th mass polio vaccination campaign targeting 2.9 million children across the country in each round. With thanks to the support from UK AID, Office of US Foreign Disaster Assistance (OFDA), the State of Kuwait and other donors, UNICEF has provided a total of 45 million doses of polio vaccines, 1,500 cold boxes and 67 cold rooms to support the polio response efforts in Syria since October 2013.

The vaccinations are administered in health centers, as well as mobile teams of health workers and community health volunteers who make door-to-door visits, including in schools and public spaces to ensure that all children receive the vaccine.

Around 400,000 children continue to miss out on vaccinations, in areas where vaccinators could not reach due to deteriorated security situations.  This highlights the need for unlimited, unimpeded and sustained humanitarian access to immunize all children against life-threatening diseases. 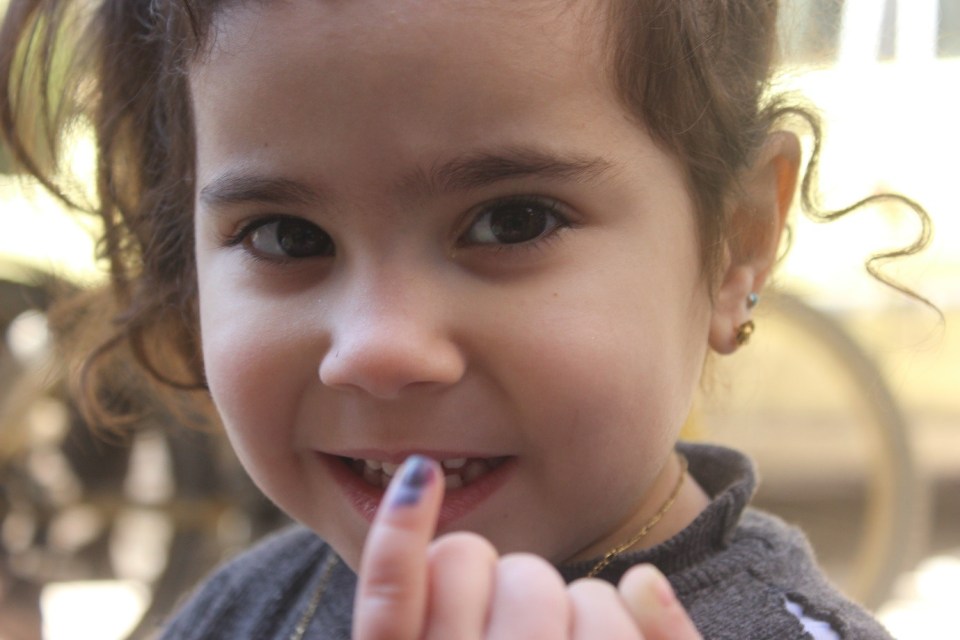 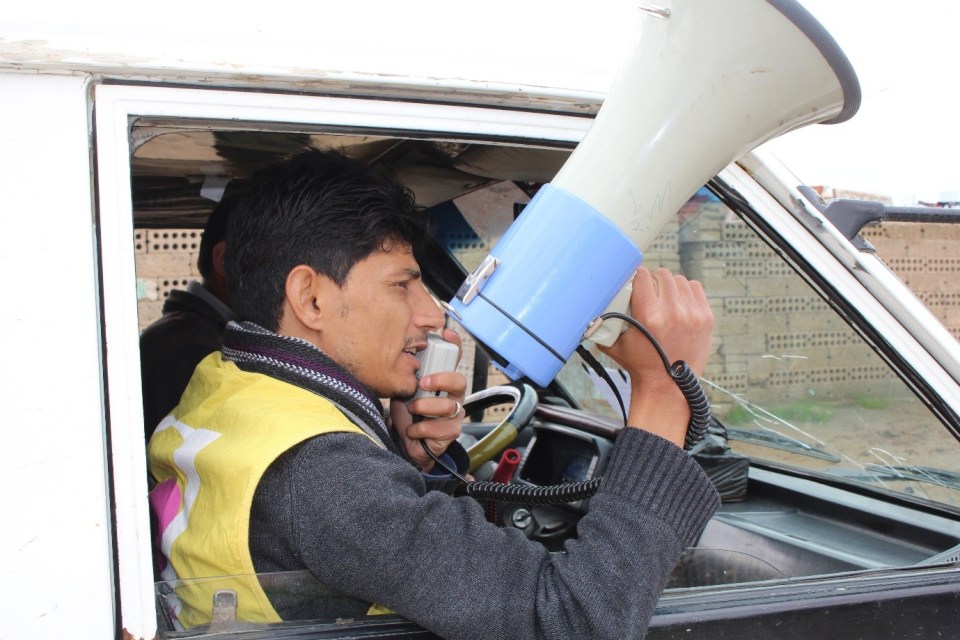 ©UNICEF/2016/Qamishli- Syrian Arab Republic/Hassan A community health volunteer in Qamishli announces polio immunization schedules and locations during the 18th nationwide vaccination campaign carried out from 13 to 17 March 2016 in Syria. Countrywide social mobilization campaign has been crucial to raise awareness on polio and the need to vaccinate all children under the age of five multiple times. 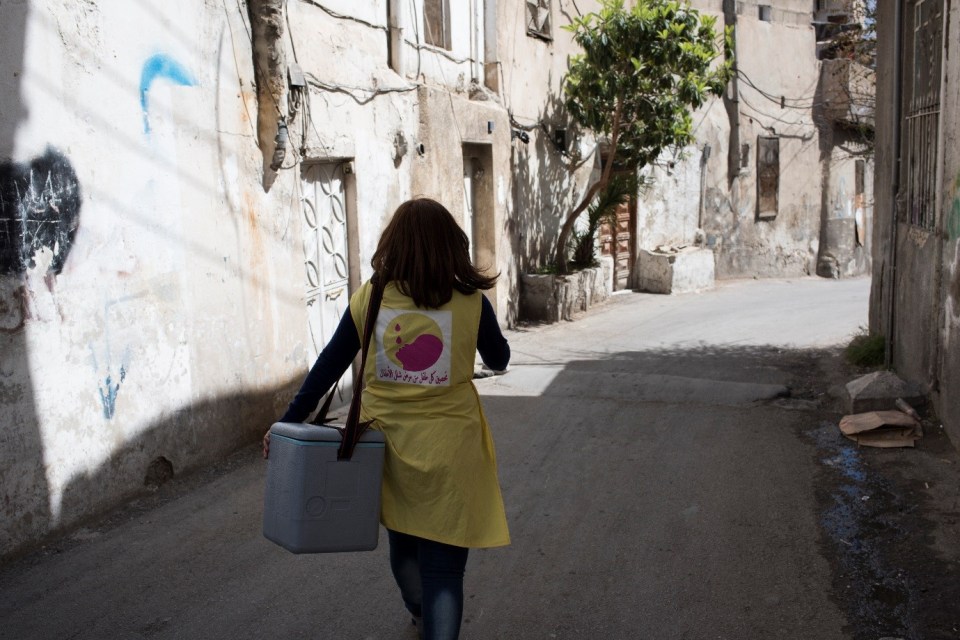 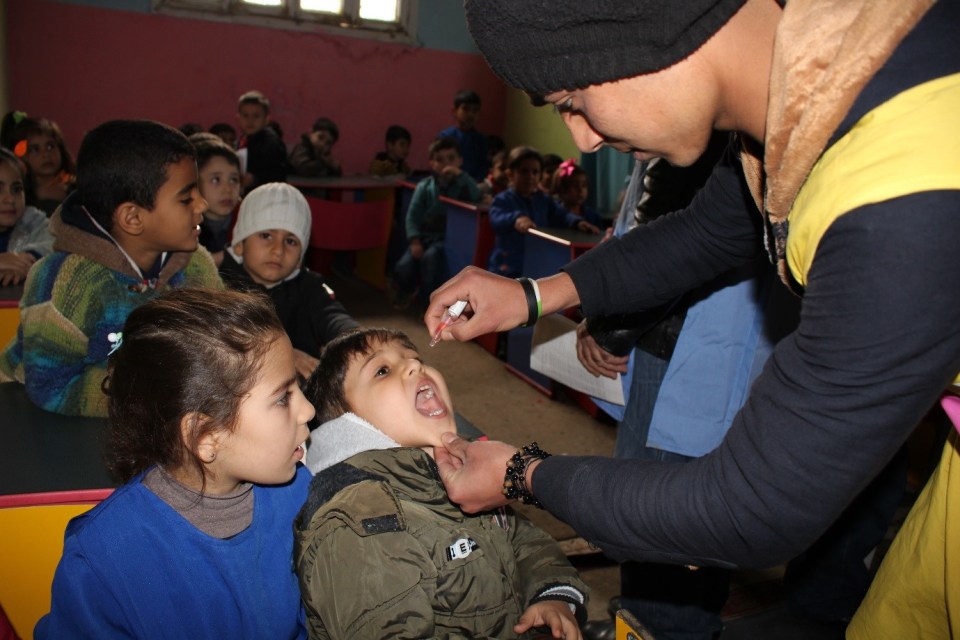 ©UNICEF/2016/Qamishli-Syrian Arab Republic/Masoud A community volunteer, who is a part of mobile health team, administers polio vaccine in a Pre-School, Qamishli City, 16 March 2016 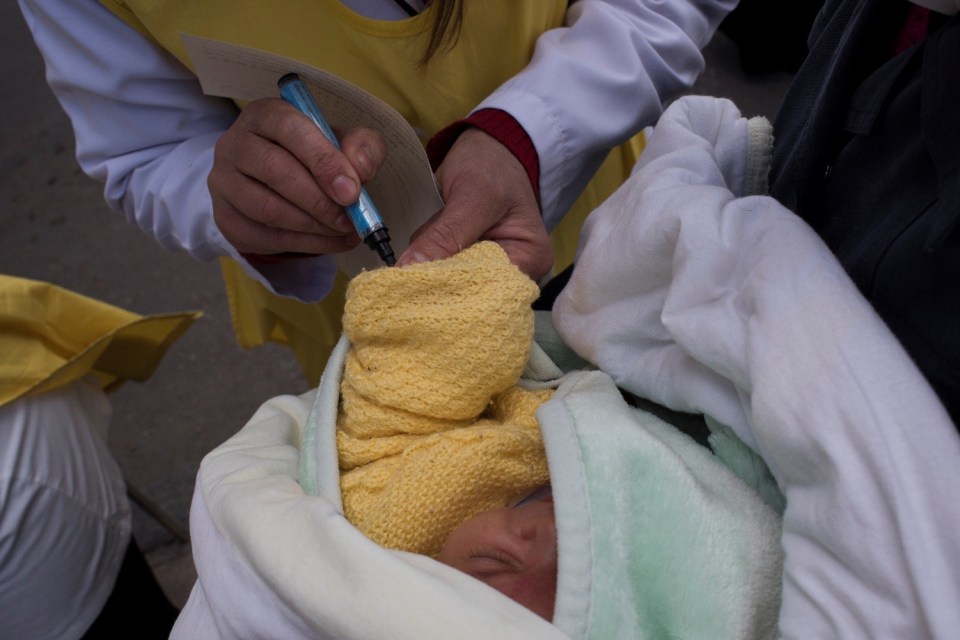 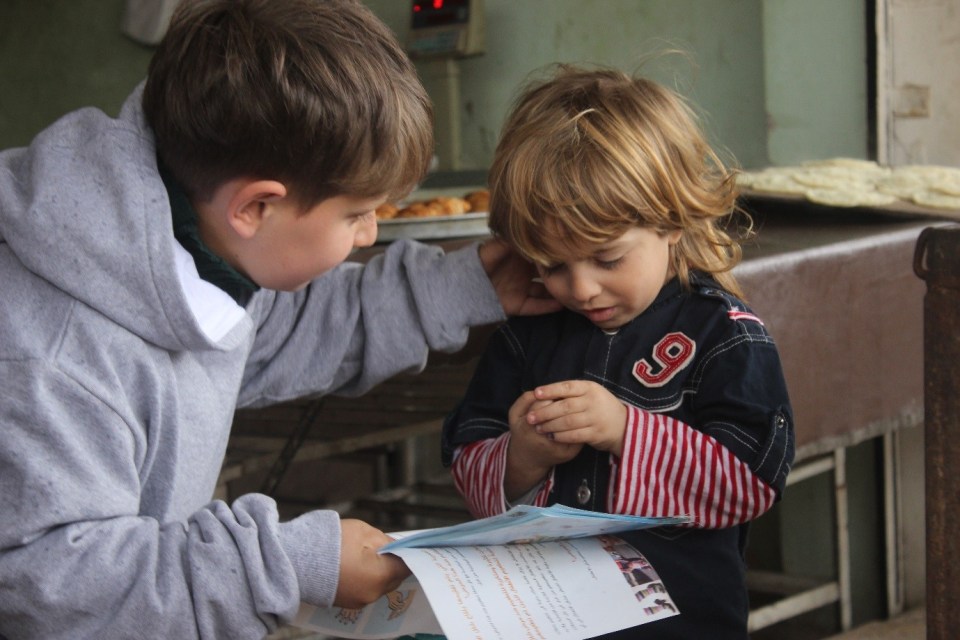