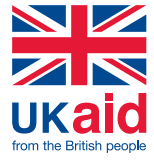 Hama, 12 January, 2016- When Abeer* first arrived at a child friendly space in Hama supported by UNICEF in partnership with UK AID, it was obvious to volunteers that she had witnessed much suffering during her few years of life.

Having been born with “Erb’s palsy”, a paralysis to her right arm caused by damage to the nerve, Abeer was very self-conscious about interacting with children her age when she started frequenting the center.

“She tried to stay away from other children’s sight and refused to participate in drawing, playing, or any other activity that would require that she shows her hand,” said Huda*, a psychosocial support animator, who followed up with Abeer’s case at the center.

“She would stand alone in a corner hiding her hand behind her back and watch as other children played and interacted,” she added.

“She paid special attention to drawing and coloring but she never agreed to participate despite her mother’s and my pleading.”

Besides her disability, the 5 year old faced difficulties when she was displaced with her parents and two older sisters from Jisr Al-Shughoor in the Northern governorate of Idleb, almost two years ago. Fleeing violence in their area, the family sought refuge at a collective shelter in the adjacent governorate of Hama, where a year later, Abeer started visiting the child friendly space.

“My family and I moved here after our house was destroyed by a big bomb,” said Abeer, recalling her traumatic displacement.

“I was very sad to leave home.”

The center is one of the 150 UNICEF-supported child friendly spaces providing psychosocial support to children affected by the conflict across Syria. It offers children and their caregivers, some of them displaced multiple times fleeing conflict, the opportunity to interact with each other. It provides psychosocial support to children like Abeer by engaging them in age, culture and gender-appropriate sports and recreational and artistic activities to help them cope with their reality and improve their life skills.

“I tried to hold discussions with Abeer and her peers on the differences between humans, whether in appearance, color or culture. We’d talk about how we see ourselves and how we see others” said Huda, explaining the strategy that helped Abeer open up.

Together with other animators and the little girl’s family, Huda continued to encourage Abeer for months to express her feelings and thoughts through drawing. She started showing major improvements only a month after joining; she began to convey her feelings towards her family, her displacement and her body using papers and crayons. Having gained more confidence in her body image, she became accepting of her disability and started interacting with other children and participating in all the activities offered at the center.

“At the beginning I did not like to play with the other children because they stared at my hand,” Abeer said.

“But now I do not care if people are staring, now I have many friends and they like to play with me.”

In 2015 only, over 45,000 children in Hama, Aleppo, Homs, Rural Damascus, Tartous, Lattakia, Quneitra and Dar’a benefitted from psychosocial support activities in child friendly spaces supported by UK AID.  These services are helping them to develop life-changing skills and coping mechanisms as well as resiliency. Abeer is a living example of the importance of psychosocial support in preventing immediate and long-term negative consequences for children witnessing bad experiences.

“Abeer now has a beautiful smile and a twinkle in her eyes,” said Reema*, Abeer’s mother.  “Every day, she sits with her new friends to plan what they will do next day.”

*Name is changed to protect identity.