MEDIA ADVISORY What:     The Supporting Syria and the Region conference will bring together world leaders from around the globe to rise to the challenge of raising the money needed to help millions of people whose lives have been torn apart by the devastating war. Who:          Peter Salama, UNICEF Regional Director for the Middle […] 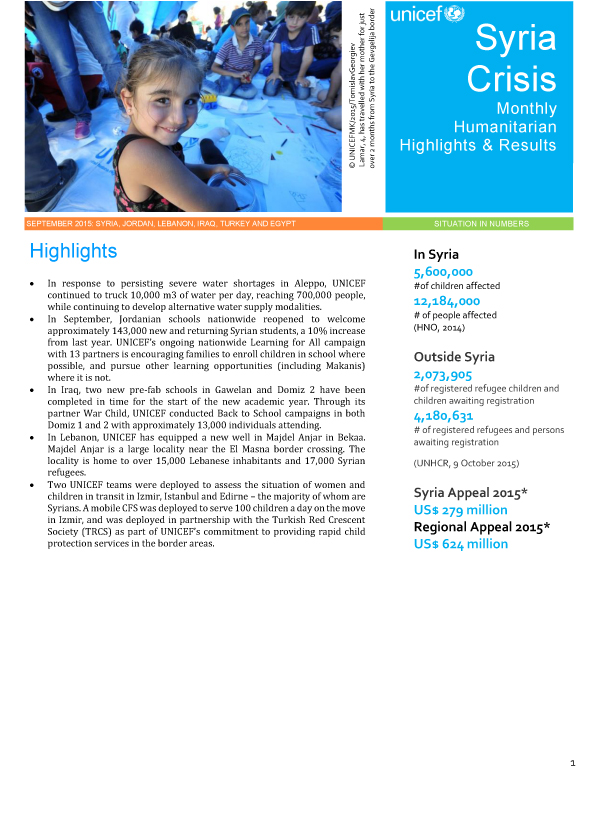 As Delivered ,26 January 2016: Syria is probably the most dangerous place on earth to be a child. Every day, children are killed, injured, or scarred for life. Even the very simple act of playing is no longer safe. A few months ago 19 children were killed in a playground in Homs as they were […] 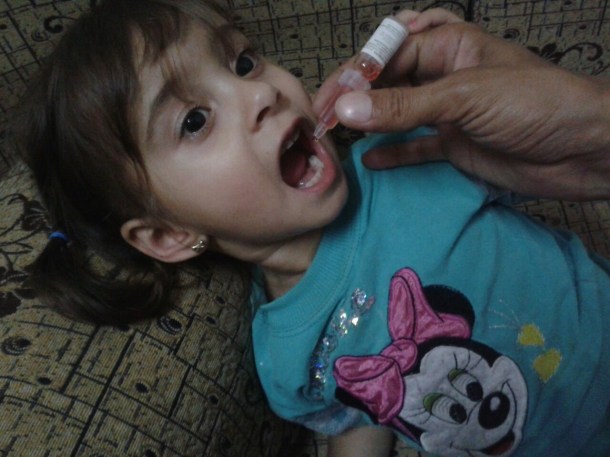 21 January 2016 – Syria will reach two years without a reported case of polio today despite enormous challenges adversely affecting the delivery of health services, including childhood vaccinations. Polio resurged in Syria in October 2013 after 14 years of absence, following a sharp drop in immunization coverage and importation of wild poliovirus.  Thirty-five […] 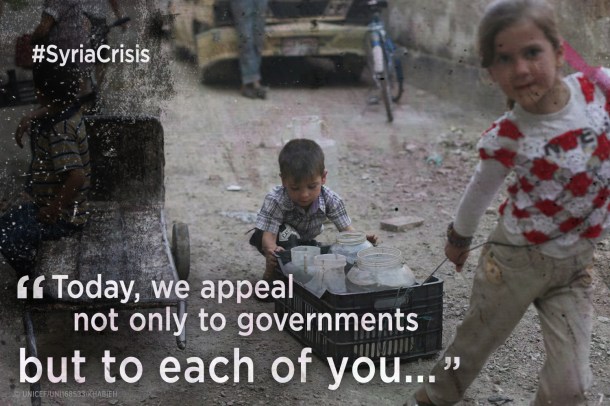 للخبر باللغة العربية Three years ago, the leaders of UN humanitarian agencies issued an urgent appeal to those who could end the conflict in Syria. They called for every effort to save the Syrian people. “Enough”, they said, of the suffering and bloodshed. That was three years ago. Now, the war is approaching its sixth […] 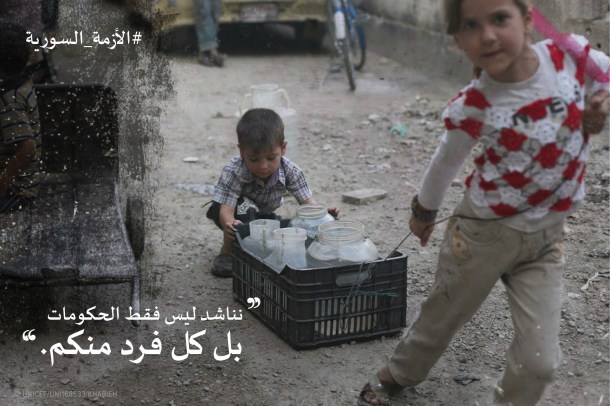 More than 120 humanitarian organizations and United Nations agencies issued a powerful joint appeal today, urging people around the world to raise their voices and call for an end to the Syria crisis and to the suffering endured by millions of civilians. The appeal also outlines a series of immediate, practical steps that can improve humanitarian […]

DAMASCUS, 15 January 2016 – “UNICEF welcomes the access granted to trapped children this week and can confirm that cases of severe malnutrition were found among children in the besieged Syrian town of Madaya following our participation in the second joint UN/Syrian Arab Red Crescent/ICRC humanitarian mission to the area on Thursday[1]. “UNICEF is particularly […]