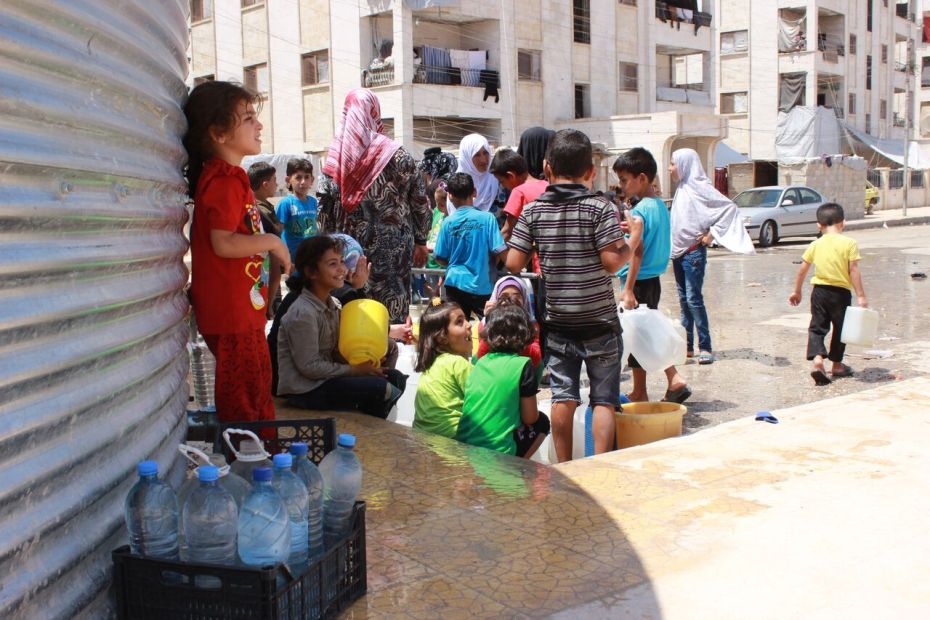 DAMASCUS/BRUSSELS-10 December 2015 – As parties to the Syrian conflict continue to use deliberate water cuts for military and political gains with devastating implications on civilians, over 700,000 people in Aleppo city have gained access to water through a UNICEF/EU partnership.

The latest €5.5 million contribution from the European Commission has enabled UNICEF to deploy a large-scale and life-saving response to the water crisis in Aleppo.

“These funds from the European Commission came at such a critical time. It allowed UNICEF to provide immediate life-saving activities in the war -torn city, while simultaneously supporting sustainable alternative water sources to build population resilience and reduce their dependency on the increasingly fragile primary water supply system,” said Hanaa Singer, UNICEF Representative in Syria.

Aleppo, Syria’s largest city, faces the most critical water shortages in the entire country.  This summer, Aleppo’s main water network was shut down for 41 days – the longest cut for more than two consecutive weeks. Water shortages significantly raise the risk of epidemic outbreaks and diseases particularly among children.

In response to the recurrent water shortages in Aleppo, UNICEF trucked 10 million litres of water reaching 700,000 people on a daily basis.  Water has since returned to large parts of the city following provision of fuel by UNICEF to run standby power for water supply to 2.1 million residents of the City.   In neighbourhoods still cut off from the main water source, UNICEF continues to truck two million litres of water a day.

“The number of people in need of humanitarian assistance in Syria has reached a staggering 13.5 million, including six million children. The European Commission is committed to supporting life-saving, protection and sustained humanitarian interventions across various sectors including health, WASH, and child protection to help the suffering populations build up their resilience against crises,” said Youcef Hammache, Head of Syria Office, European Commission.