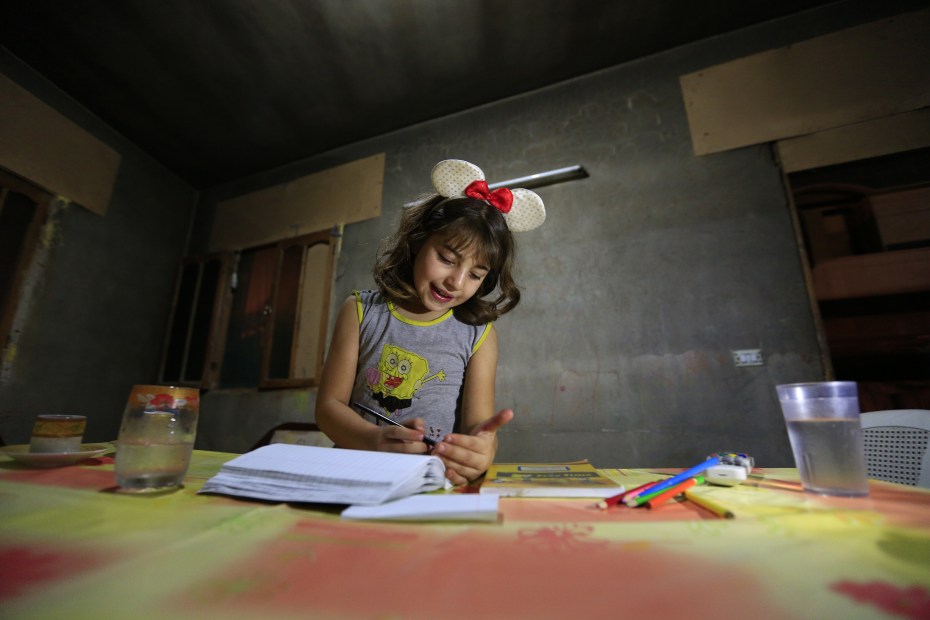 Nuha prepares to go back to school. ©UNICEF/Syria-2015/Sanadiki

“This was my friend Sara’s house, here is the place where my brother used to buy me ice cream,” 11 year old Nuha points out as she makes her way to school through the rubble of the old city of Homs.

“There, hmm I don’t remember what was there,” says Nuha pointing out to a collapsed building. Nuha should be in fifth grade now but she is only in the second grade as the conflict forced her to miss out on three years of schooling.

“I am supposed to be too young to remember what we went through, but I do,” Nuha begins to recall the story of how her brother was killed almost four years ago. Sa’adou, 19 at the time, left the house to buy Nuha’s favourite ice-cream when a mortar hit the area and killed him.  The little girl never got over the incident.

“I sometimes think he will come back with the ice cream that I love,” says Nuha with a mix of anger and sadness.

Sa’adou’s passing was the beginning of a series of hardships that Nuha and her family endured.

“After Sa’adou died, we moved to AL Wa’er for two months but the rent was too high to afford,” says Nuha’s mother.

Eventually, the family had to move back to their home in the old city of Homs by the end of 2012 just before a two-year long military siege began. With severe shortages of food and a lack of access to proper healthcare, the family lost another member; Nuha’s younger sister. Nuha became increasingly aggressive and isolated. 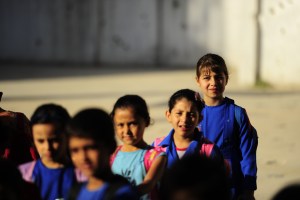 Nuha stands in line before going into her classroom on the first day at school. ©UNICEF/Syria-2015/Sanadiki

Since a year ago, after the siege was lifted, Nuha started attending a UNICEF-supported center where she participated in recreational activities designed to provide psychological support for children. It took her several months to reconnect with other children and reintegrate in her community.

As Nuha’s aggressive behavior decreased significantly, she also registered at a UNICEF supported remedial class in the old city of Homs to catch up with her education.

Standing on the rubble of her city, Nuha now sees a future. “I am not in the same class with my peers, but I can read and write now. I want to be a teacher. I want to teach other children how to read and write.”