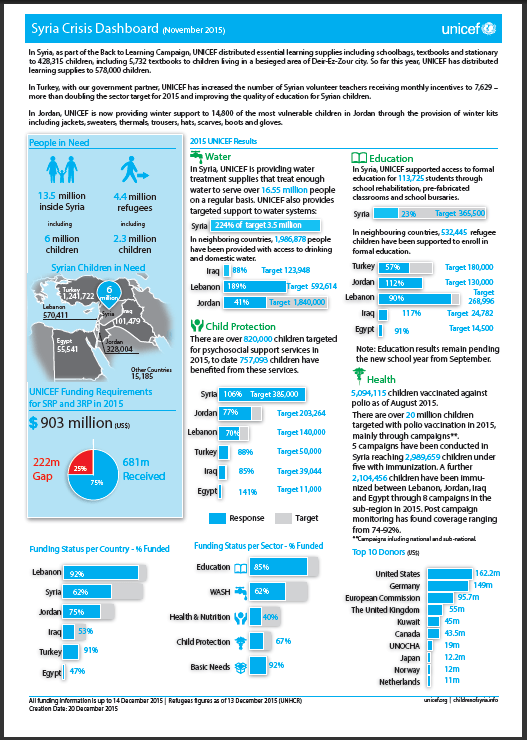 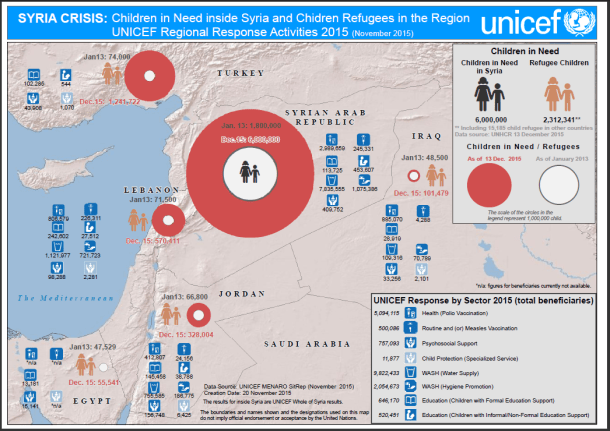 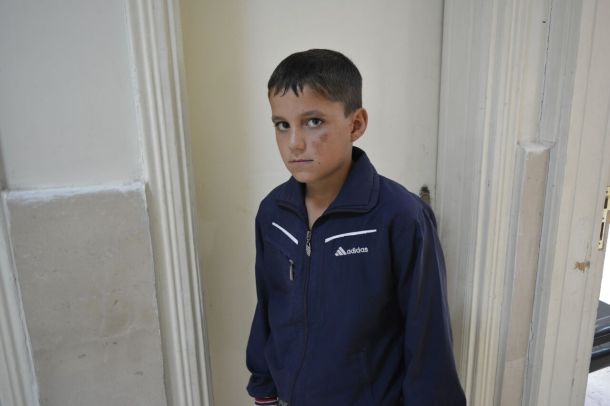 By Basma Ourfali Aleppo, 19 November 2015 – 12 year-old Saad has a blister on his left cheek. Appearing over a year ago, the blister became increasingly bigger and deeper. Saad didn’t know what it was until a health worker referred him to the Leishmaniosis Control Centre in Aleppo, where he started his long treatment; […] 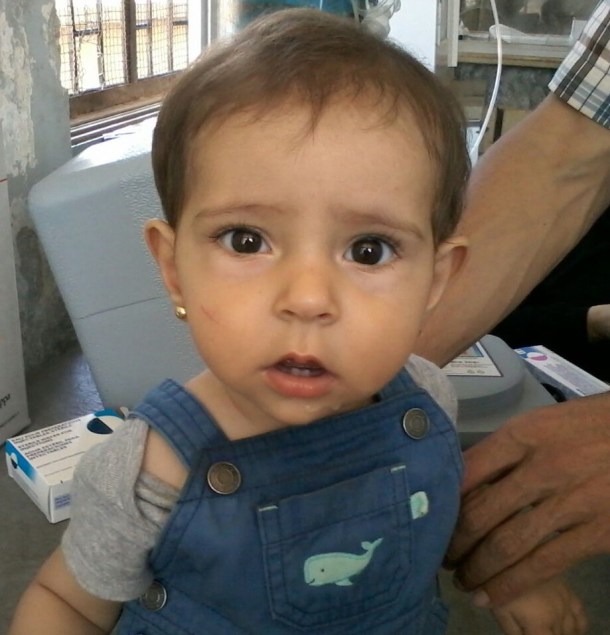 By Yasmine Saker  Idleb, 17 November, 2015- As the sixteenth nationwide polio immunization campaign concludes aiming to reach three million children in Syria, the north-western governorate of Idleb was one of the focus areas of the campaign. Active conflict and insecurity has been limiting access to services including vaccines and healthcare, making Idleb […] 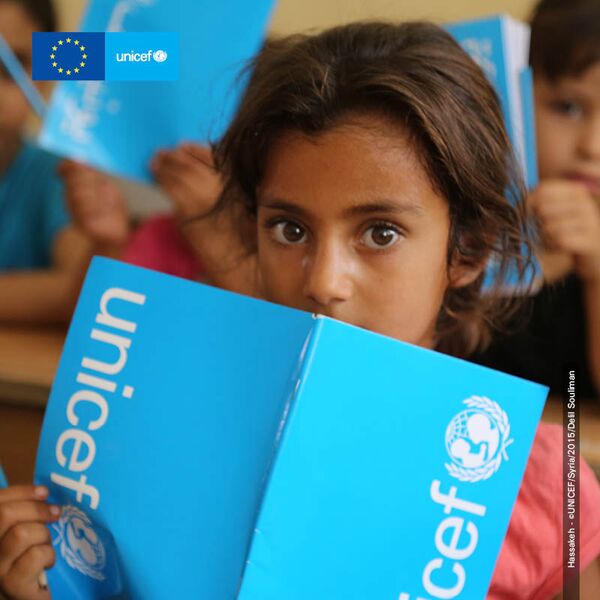 Click Here To Download The Full Album EU donations in Syria help 2, 5 million children to go back to school The nearly five- year conflict has had a staggering effect on the education and the future of Syrian children. Two million children are out of school and over 400,000 are at risk of dropping […] 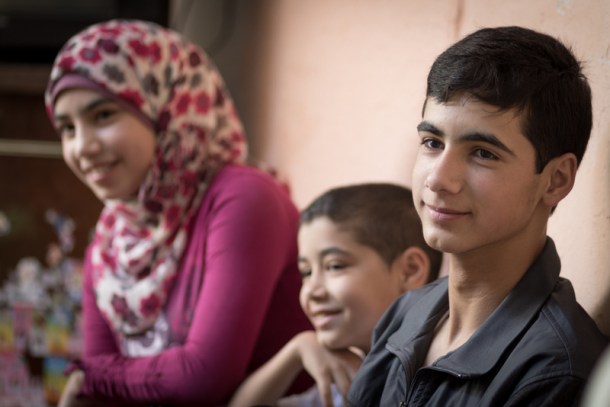 PRESS RELEASE AMMAN, Jordan, 12 Nov. 2015 – The European Commission has announced extra funding of € 6 million to support UNICEF’s child cash grant (CCG) programme, which will  help sustain emergency cash assistance to the most vulnerable Syrian refugee families in Jordan. The families receiving assistance under the grant include 15,000 of the most […] 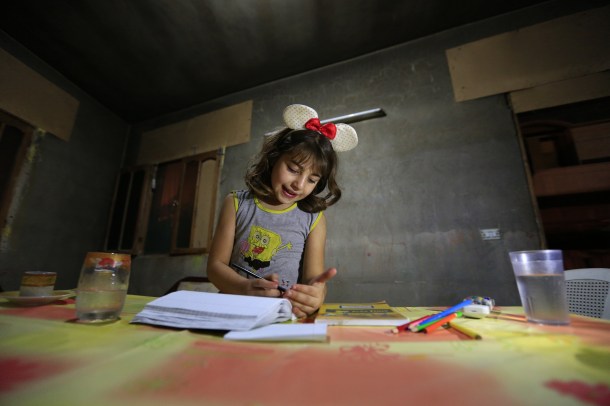 By Leena Taha “This was my friend Sara’s house, here is the place where my brother used to buy me ice cream,” 11 year old Nuha points out as she makes her way to school through the rubble of the old city of Homs. “There, hmm I don’t remember what was there,” says Nuha […]