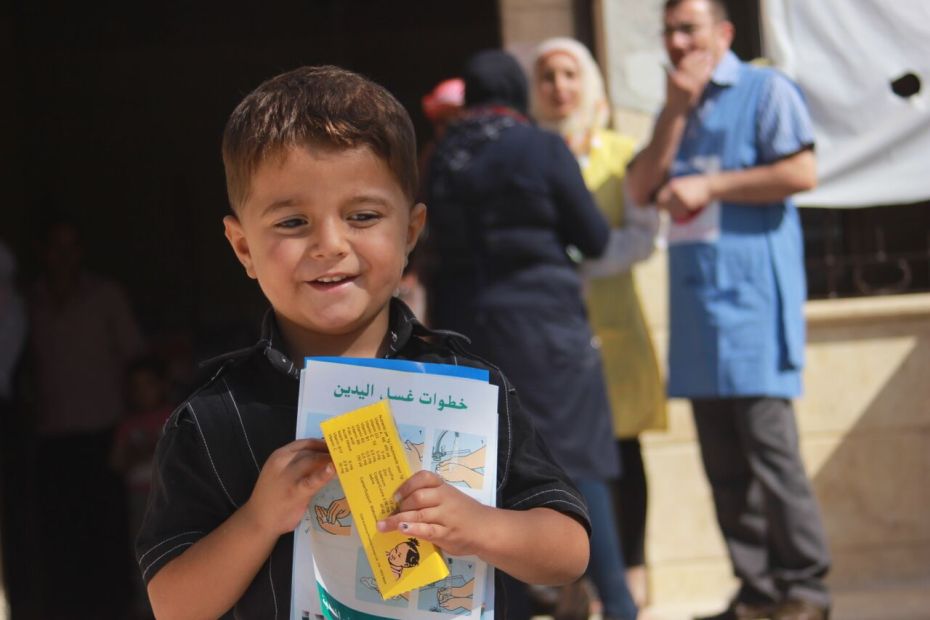 Abdallah, 3 years and a half, in Aleppo

Despite continuing conflict, declining immunization rates in conflict affected areas and mass population displacement, no new polio cases have been reported in the Middle East for over 18 months, and experts believe the extensive multi-country outbreak response has been effective in stopping the outbreak.

The outbreak, which was detected when a case of polio was confirmed in northern Syria, paralyzed 36 children in Syria and two in Iraq between October 2013 and April 2014, prompting fears of a major epidemic. In what has become the largest ever immunization response  in the history of the Middle East, more than 70 mass immunization campaigns were implemented in 8 countries, aimed at reaching 27 million children with vaccine multiple times, and more than 200 million doses of vaccine were  given. .

“The response in the Middle East is one of the most well-coordinated and intensely focused outbreak response efforts we’ve seen in the history of eradication programmes,” said Chris Maher, Manager Polio Eradication and Emergency, WHO. “We congratulate Governments, health partners and communities around the region for the role they’ve played in preventing a major epidemic.”

The swift and collaborative intervention and effective partnerships between the governments of countries dealing with the outbreak, World Health Organization (WHO), UNICEF, other GPEI partners, international organizations and NGOs has been given credit for the successes of the response and the lessons learned have been shared globally.

“In such a complex environment, teams were working round the clock to reach missed children and engage in social mobilization with communities and raise awareness about the vaccination” says SM Moazzem Hossain, regional chief of Child Survival for UNICEF.

Representatives from governments and the Global Polio Eradication Initiative met in Beirut this week to review the outbreak response and discuss next steps to maintain the gains made.  Experts strongly encouraged governments to continue working with partners to strengthen the basic delivery of routine immunization and focus on further strengthening surveillance so that the virus will be detected should it reappear.

Despite the positive news for the region, the risks and factors that led to the outbreak remain and our joint efforts to reach all children with immunization must continue. In the region, up to 700,000 children under the age of five are not reached on a regular basis by polio vaccine.

“Across a number of countries in the region, insecurity and displacement of communities is making it difficult to reach all children with vaccines,” WHO’s Mr Maher said, “the job of our partnership is far from done, over the coming months we will continue to work together to reach children to be able to sustain the achievements and keep the region polio-free.”