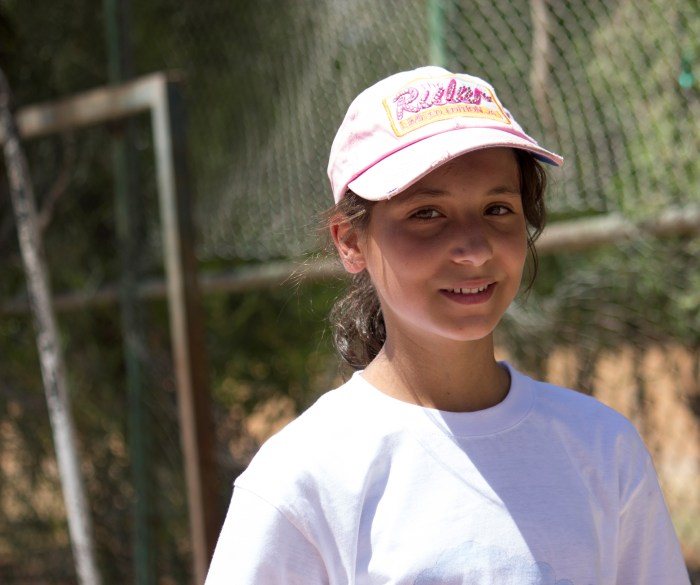 19 October 2015 by Hiba Muhammad in Damascus

“Now I can play again, and again. I have many friends who I enjoy spending my time with.” Surrounded by her team members, Israa, a 13-year-old girl from the southern city of Dar’a, explained how spending her free time has changed after taking part in Sports for Development activities supported by UNICEF in Syria.

Due to the escalating violence in her hometown, Israa and her family fled to Damascus about a year ago. As a result, she missed one year of school. “I should be in eighth grade now, but I lost one year and I’ll start as a seven grader this year” says Israa.

“When we were in Dar’a, my mother would not let us leave the house. It was very scary. We had no electricity. We heard the sounds of bombardment and sniper shooting outside.”

“After coming here, my mother started inquiring about school registration for me and my five siblings.” With a smile, Israa continued: “we are now registered and I am very excited about going back to school again!”

Israa is one of the 1.9 million adolescents displaced by the conflict in Syria. “Child labour, forced and early marriage, and recruitment into the fighting are some of the issues children of Syria are facing today” said Mads Sorensen, the head of Adolescent Development and Participation section in UNICEF Syria.

UNICEF plans to increase its reach to around 800,000 adolescents with sports activities. The programme was launched in June this year and has so far attracted 15,000 children including Israa.

“The overall aim is to introduce sports as a tool for psychosocial support and provide conflict-affected girls and boys with equal opportunities and life skills in a safe and empowered environment. This will contribute to a smooth transition to adulthood” said Sorensen. At a UNICEF supported event in Damascus, children were running despite the hot weather.

“These events are attractive and fun to bring children from different areas and backgrounds together and encourage their sense of teamwork, social integration, tolerance, dialogue, and gender equity” Sorensen added.

“I play with the basketball team now, we compete against other teams, boys and girls.” Israa says. “Last time I was the captain and we won. Some days we win and on other days we lose but we treat each other like brothers and sisters. We discuss and vote when we disagree.”

Abdulwahab Rabia, a Syrian scout’s leader whose organisation is one of UNICEF’s partners in the programme, explained the change in the scouts’ role: “In addition to those who come to us voluntarily, this cooperation with UNICEF has enabled us to reach children in need and integrate them with their new environments. We focus on children living in collective shelters.”

For a few hours, moments of disconnection from a reality that Israa and her friends have not chosen, there is laughter and singing over the echoes of bombardment and rockets.