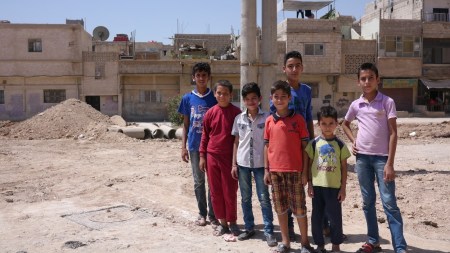 “The smell was suffocating and flies were invading our house,” remembered 14-year old Tarek as he described the effects of sewage leakages near his house. “We shut doors and windows but that didn’t stop the smell.”

Tarek’s misfortune now ended. It’s a different scene in his town, Jdaydet Al-Fadel, in Syria’s southern governorate of Quneitra. Currently home to over 100,000 people, the town had less than 45,000 inhabitants before the crisis onset in 2011. Some 60,000 internally displaced people found shelter here. 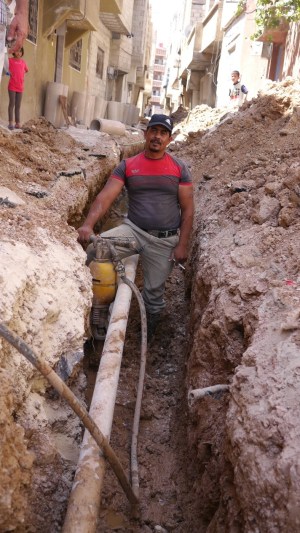 Young boys and girls watched with curious eyes as the noisy excavator dug trenches for the new sanitary sewer. Sofiane and his younger sister sat on their doorstep. Their father, standing with his arms crossed, seemed frustrated.

“Do you want me to bring you the pharmacy bills?” He angrily asked, explaining how his children suffered diarrhoea and blamed stagnant water that was until recently just outside his house.

“I know it’s a big project,” he admitted as he shrug his shoulders. “I realize it’s not easy to work in the current circumstances. We waited and were are very happy it is now happening.”

Thousands of families in this town have seen sewage leak out and stagnate, sometimes in their own backyards.

“The water and sanitation infrastructure was overstretched and the lack of maintenance in war-time only worsened the situation,” explained Atef Deib, UNICEF’s Water, Sanitation and Hygiene Officer. “I have seen networks that leaked so much that nothing was reaching the end. All wastewater leaked on the way.”

UNICEF stepped in to fix what was broken and ensure sewage is properly evacuated and treated.

Until UNICEF’s intervention this summer, people in Jdaydet Al-Fadel had running tap water only once every 20 days. UNICEF has since rehabilitated 10 wells in nearby areas to provide them with alternative drinking water sources and reduce their dependency on the damaged and vulnerable main source.

The wells are now pumping 7,500 cubic meters of safe drinking water per day into a network serving 250,000 in Jdaydet Al-Fadel and neighbouring communities.

“We now have water once every four days and we manage fine with storage tanks. This is a miracle,” said Mohammed Faraj, head of the town’s municipal council. 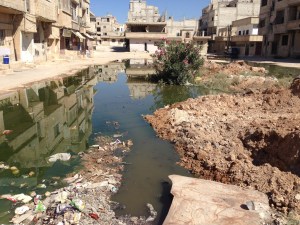 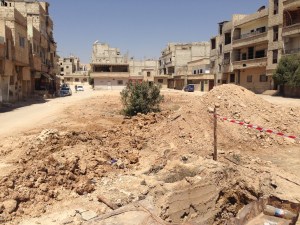 In a small alley echoes a loud jackhammer noise. Children jumped from one side of the trench to the other while workers pretended to ignore them and continued their work.

“People think it’s easy but it’s not,” said Abu Uday, manning the heavy tool. “See this pipe in the middle? It’s the neighbourhood’s water pipe. I have to drill and dig around it and make sure the new sanitary pipe is well levelled.”

Under the burning sun, workers ensure families living on this street have running water while they connect them to the sewage network. A neighbour steps out of his door with a cold water bottle. For these workers, it’s a well appreciated encouragement.