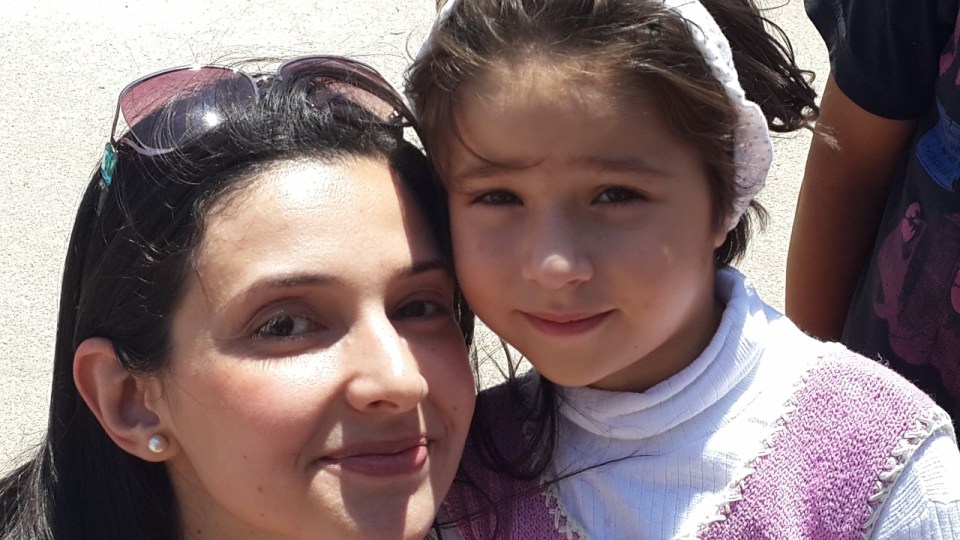 Esraa Alkhalaf has a soft demeanor and a strong will. She has experienced sniper bullets, ferocious fighting, water and electricity cuts, an abusive man and seen chunks of her city reduced to rubble.  But she stays in Aleppo, for two reasons, commitment to the city’s women and children and her life-long dream of getting her doctorate degree.

Last month, the two merged. She was awarded a PhD with honors and completed a journey that in many ways symbolizes the strength and perseverance of so many in this war-torn city.

Separated from her family by Syria’s nearly five-year-long conflict, which has sliced deep divisions in the country’s largest city, Dr. Alkhalaf has worked full days as part of UNICEF’s humanitarian response and long nights by candle-light while power is cut to shine in her studies.

“Since I was a kid my dream was to be a university professor,” explained Dr. Alkhalaf, 33, by phone from one of the oldest cities in the world. “But with the crisis, I found I could help my people through UNICEF.”

She moved to Aleppo in 1998 to attend university and medical school and left for a few months in 2013 for family reasons.  When she came back to Aleppo in October that year, “I didn’t recognized the city,” she said.

Dr. Alkhalaf had lost her house and clinic but refused to leave the city again. She is one of nearly a dozen UNICEF workers still in Aleppo who collaborate with partners to help provide life-saving support to the thousands who remain in the city. “Life now is very different,” she said. “Buildings are destroyed, you hardly find anyone in the streets after sunset. Before, Aleppo wouldn’t sleep before sunrise. But the most heartbreaking is to see how tired and worn out people are, especially the children.”

As Dr. Alkhalaf can attest, Aleppo is one of the most dangerous places in the world but with some of the most resilient people. “Children stand in very long lines trying to fetch water in extremely hot weather,” she said, noting that water cuts can last weeks. “But they try to keep smiling.”

The situation throughout the country is grim.  Over 12 million people in Syria are in need of humanitarian assistance, almost half of them children. Only 43% of hospitals are fully functioning, the availability of safe drinking water as well as school attendance have been cut in half and malnutrition has drastically increased. Despite the risk, country wide, UNICEF and partners this year alone have provided water treatment supplies to serve over 16 million people, helped ensure that millions of children continue their education and are vaccinated, and provided thousands of others with nutritional supplements.

Baby Hala is one of the children who stands out for Dr. Alkhalaf. She was among more than 1,350 malnourished children in Aleppo she and partners helped nurse back to life. The case highlights the social ills that the crisis feeds, and the abuse that the women in particular endure.

Hala was discovered when health-workers went door-to-door to check on the children in overcrowded centres for the displaced. At six months, the little girl was clinging to life. Her twin brother had already died after suffering from diarrhea. The baby and mother were rushed to the hospital, only to be followed by a husband enraged because he had not given his approval. “He barged in and grabbed his wife and started hitting her right in front of us,” said Dr. Alkhalaf. “We called security and tried to intervene but he dragged her outside. It was very violent.”  The baby was left behind and for 10-long-days volunteers didn’t leave her side. The mother came back for the little girl, and Dr. Alkhalaf and her team continue to visit to ensure they are safe.

Despite personal risk, Dr. Alkhalaf is staying put – and uses her tenacity and trademark humor as a way to survive.

One recent winter day she had to join the long line of people dodging sniper fire when crossing a narrow passage that connects the divided city. You have to hunch over and look down, and then literately run for your life. It was rainy and the road full of mud. “I saw people carrying their luggage, their children and their sorrows,” said Dr. Alkhalaf.  Wearing a hijab to cover her hair and a long pink and grey coat as she was crossing into a more conservative part of the city, she froze by the sight. ‘“Suddenly I heard a man from behind the line clearly upset shout: “Hey, pinky…yah, you….Marie Antoinette…put your head down and move.’ And you know, with my coat lifted to avoid the mud, I really did look like her,”’ she laughs.

But laughter soon switches to somberness and a very clear message from the heart.  “I want to tell anyone who can in any way help bring peace to Syria and help the children here, please, please do so!”