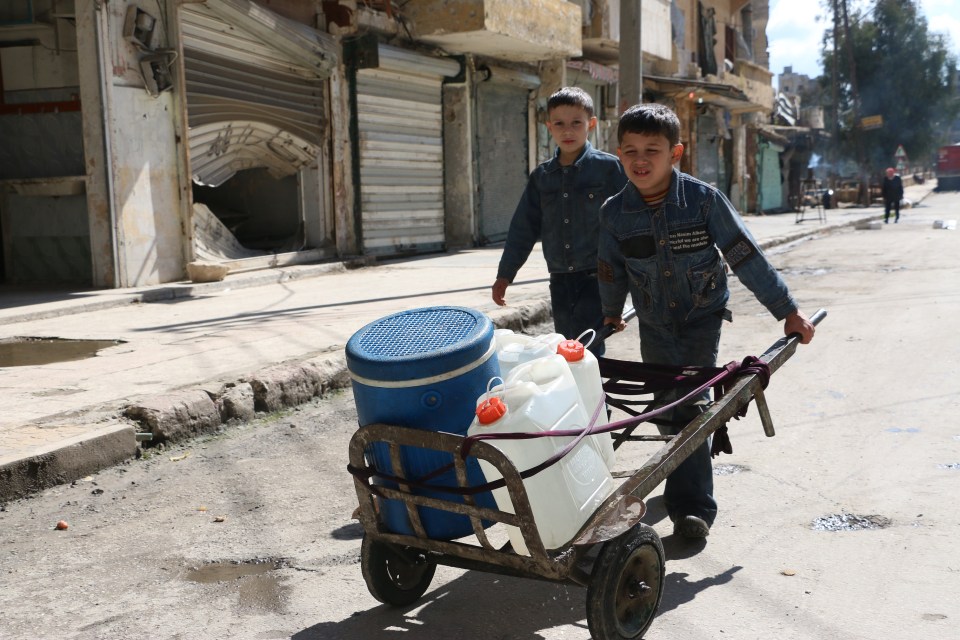 DAMASCUS, 23 July 2015 – Maher Ghafari speaks of his city with tremendous pride and unbearable pain.  For hundreds of thousands of war-weary Aleppo residents like himself, who have endured years of death and destruction, there is another weapon in the summer arsenal – water.

“I don’t know how to describe my feelings,” said Ghafari, a water engineer with UNICEF, over the phone last week from the divided city where he works with a team and partners around the clock to provide children and their families with water as summer temperatures soar and taps run dry.  “In the last two days, I feel like I’m going to collapse.”

But he doesn’t. The faces of the city’s children, men and women keep him and the UNICEF team going despite frequent power cuts, damage to water sources to control supply, and heavy fighting that crippled the main pumping station and left some neighborhoods without running water for weeks.

There was the little girl who stood in line for hours to fill two small water containers only to realize that once full, they were too heavy for her to carry. “She just burst into tears,” said Ghafari, before someone came to give her a helping hand. Then there was the old man, abandoned, alone and afraid, holding a medical bag with fluid in one hand and a jerry can in the other. “He had no other option but to go and collect water on his own,” said Ghafari.

Images and heart wrenching stories like these are playing out throughout the country.  Availability of safe water in Syria is only half of what it was before the crisis began over four years ago. As a result, the cost of bottled water in places like Aleppo have doubled.  Many people are forced to share already limited resources in over-crowded shelters and local homes hosting displaced families, or use unsafe drinking water that raises the risk of water-borne diseases especially among children.

Since the beginning of the year, Syria has reported some 105,886 cases of acute diarrhea and there has been a sharp increase of Hepatitis A with a record 1,700 cases reported in one week alone last February.

Water in Aleppo, Syria’s largest city and the host of most of Syria’s internally displaced, was finally restored following three weeks without running water. The taps were turned on in most of the city over the Eid al-Fitr weekend that marks the end of the holy month of Ramadan.  Before that, Ghafari and his team helped truck up to 2.5 million litres a day to some 200,000 of the most affected people while continuing to drill new ground water wells and working with partners to support the water infrastructure.  But they worry that the water can be cut off again any time.

Though needs continue to grow, UNICEF’s Water, Sanitation and Hygiene programme for Syria has a funding gap of US$ 45 million for 2015, which limits the ability to address immediate needs throughout the country and provide longer-term solutions.

UNICEF has around 200 people working in the country to provide humanitarian assistance for children and their families.  And they continue to stay and deliver.

For Ghafari, for example, leaving Aleppo is not an option. “I work in water, and people here lack water. That’s enough reason for me to stay in Aleppo,” he said.  “If I left now during this difficult time, who would stay to support?” 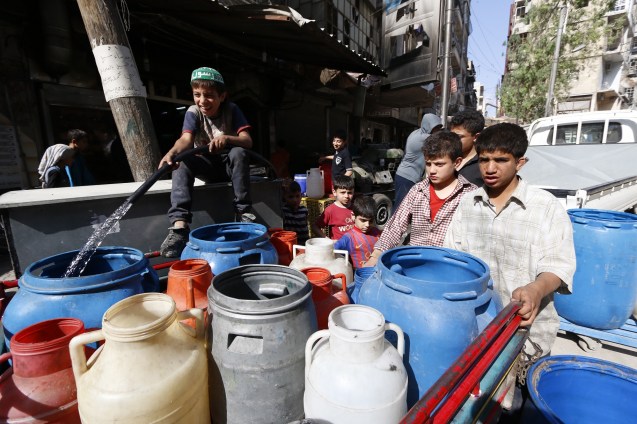 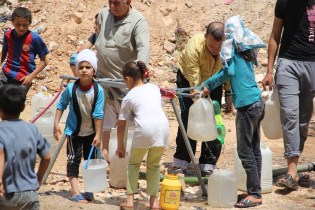 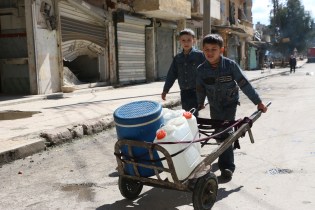 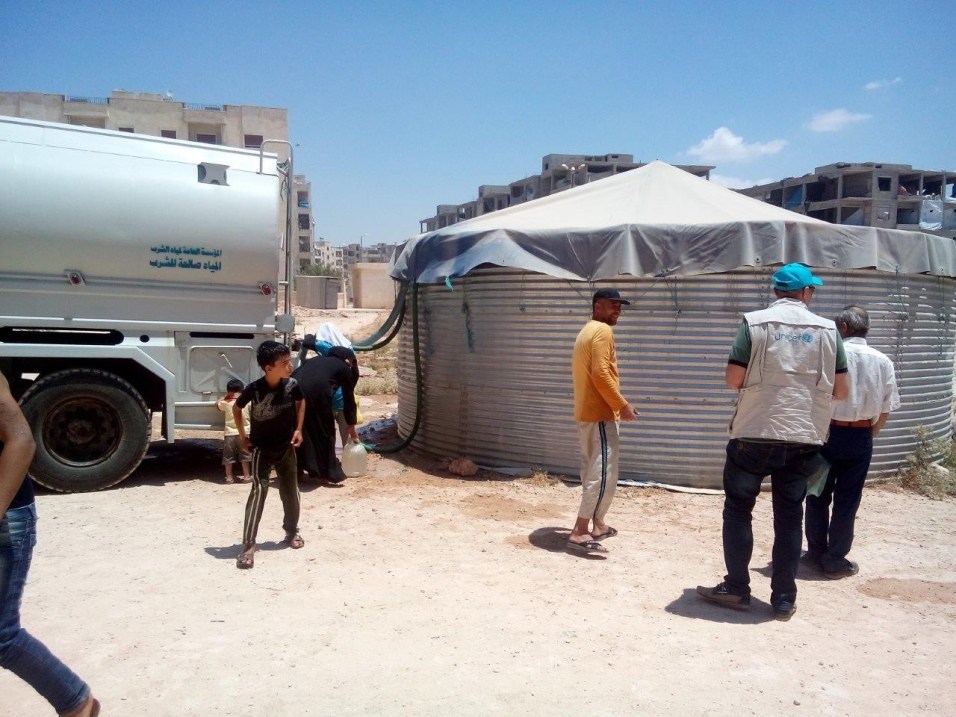