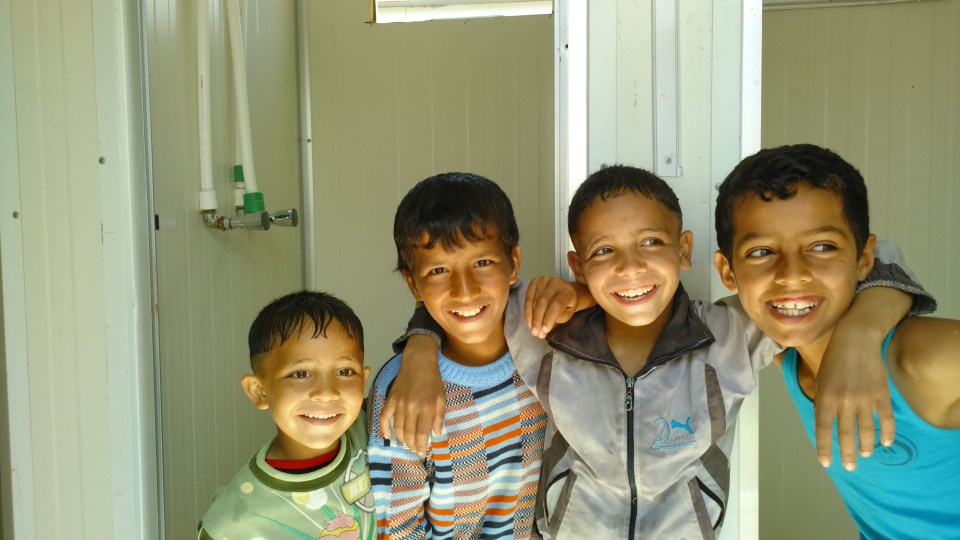 Lattakia/ Tartous, 1 July 2015– As the fighting escalates in northern Syria, more people are fleeing conflict in Idleb, Aleppo and rural Lattakia. UNICEF has responded to the influx of refugees to Lattakia by rehabilitating Sports City, a sports complex sheltering the largest number of displaced families in the Governorate.

Since the beginning of the Syrian crisis, hundreds of thousands of families have sought refuge in the relatively safer coastal cities. While the majority have settled within host communities, an additional seven, collective, temporary shelters, including Sports City, have been established to care for those without this option. Today, more than 10,000 people live in these shelters, 6,500 of whom reside in the Sports City.

“Temporary collective shelters are old schools and public buildings turned into shelters. They are in no way designed to accommodate large numbers of people on a long term basis,” said Mazen Issa, UNICEF’s Water, Sanitation and Hygiene (WASH) Officer.

“Water supply and sanitation facilities were under severe pressure to serve huge numbers of people, beyond their operational capacity, and hygiene conditions have suffered as a result,” Issa added, explaining the need for UNICEF’s intervention.

With so many people living in one space, additional hygiene measures are required to prevent diseases. This becomes especially critical when water and sanitation facilities are operating beyond their designed capacity. A study done by the Al-Bustan NGO, UNICEF’s partner in Lattakia, demonstrates the need for additional education on hygiene awareness.

The rehabilitation of the Sports City has included repairing the shelter’s water and sanitation facilities as well as targeted promotion of hygiene awareness.

Dalal, 38, a mother of six, has sought refuge in the Sports City for the second time. Her first time was when she moved from Aleppo in 2013. After settling in Idleb for almost a year, the worsening security situation forced her back to the Sports City last month.

“I’ve been displaced twice now, and I was dreading the second time even more because of how bad the situation was in the Sports City,” she said.  “We had no bathrooms or clean water, the city was so dirty and everyone was sick. There’s no comparison to how it is now. It’s actually clean and we have enough toilets and showers,” Dalal added.

“I wash my hands, brush my teeth, comb my hair and become all clean,” sings 6-year-old Ghina, carrying plastic garbage bags and washing powder while running back to her mother. “I never got lice,” she adds with a grin.

Like most children in the shelter, Ghina has been attending awareness sessions on staying healthy, which include puppetry shows, storytelling and painting sessions. There are also lectures and presentations for adults on the prevention of communicable diseases.

UNICEF and its local partners are expanding their efforts to refurbish all seven shelters in Lattakia and keep children safe from water-borne diseases.  Sports City, which also has a well-equipped medical facility and 12 pre-fabricated classrooms, is a success story and demonstrates the difference an investment in shelter infrastructure can make in a child’s life. 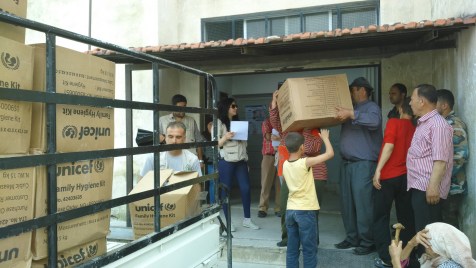 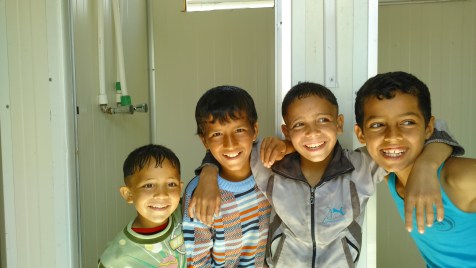 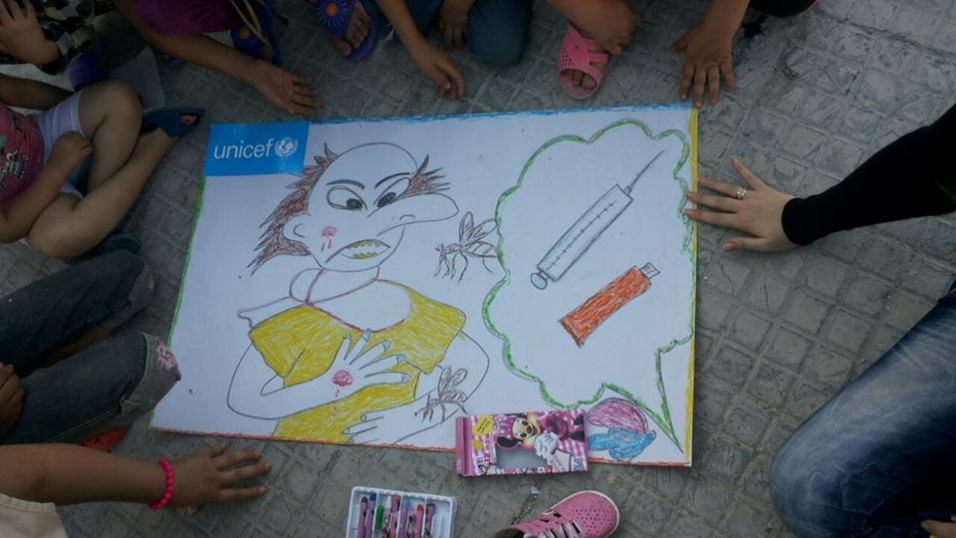