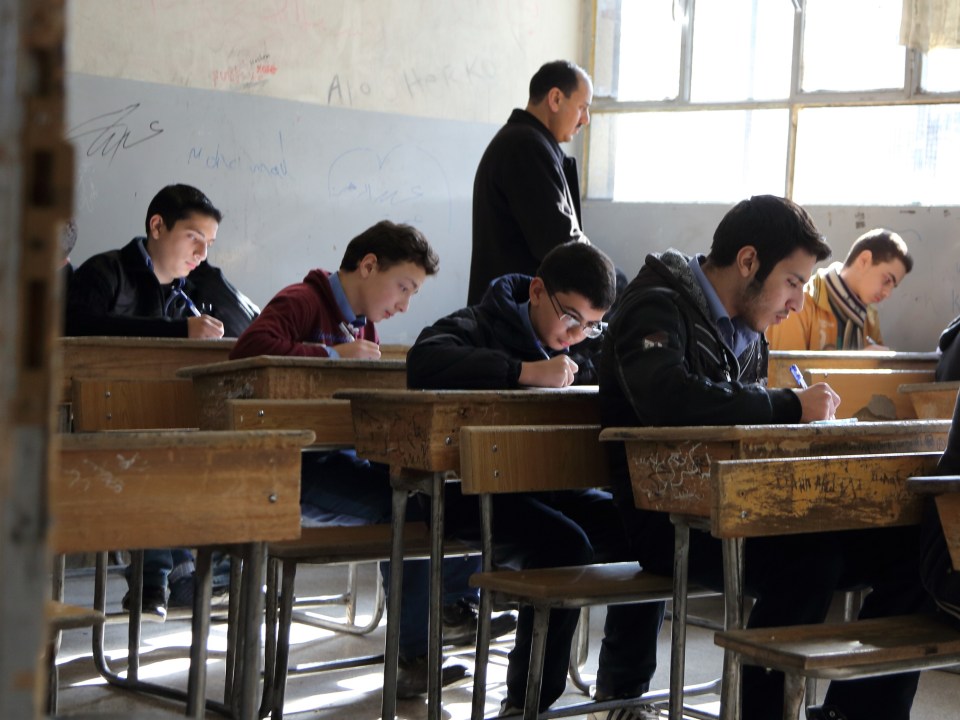 In the past two months, nearly half a million students in Syria attended the national end of year exams to pass ninth and twelfth grades. The exams, administered by the Ministry of Education, took place in over 2,300 schools and facilities all over the war-torn country.

In the reality of Syria today, at least 20% of children had to cross active lines of conflict just to get to examination points. Taking a perilous journey, children had to pass through countless checkpoints, manned by armed fighters, and risked being caught in fierce fighting. But despite these immense dangers, thousands of children were determined to get their graduation diplomas as their only hope for a better future.

Amina*, a ninth grade girl from an active conflict area says: “Conflict and violence have been totally disrupting to schooling and learning. To sit for the official exams, I had to travel to Hama. It took more than 14 hours to get there.”

In Syria, going to school and learning with friends in the classroom is no longer taken for granted, particularly for those who live in areas where conflict has been the heaviest. At least 5,000 schools can no longer be used.

“My father drove my mom and I to the checkpoint. We paid someone who arranged for our taxi trip. Armed groups stopped and questioned us several times along the way. When we arrived in Hama, our group reported to the education department to register for the exams.”

The local department of the Ministry of Education facilitated the approval for over 6,600 children from the ninth and twelfth grades living in hard-to-reach areas and across conflict lines to take their exams in Hama and Aleppo. Upon their arrival, UNICEF in cooperation with local NGOs provided these students with a place to stay, drinking water, blankets, hygiene kits and allowance to buy some stationery and pay for their transportation.

Despite the hardship, Amina remains upbeat, expressing her motivation to learn. “My dad and uncle were very worried, but they were equally very supportive. They wanted me to complete basic education like any other girl. I hope to pass and be able to pursue my higher education to become a lawyer.”

*Name changed for this story.