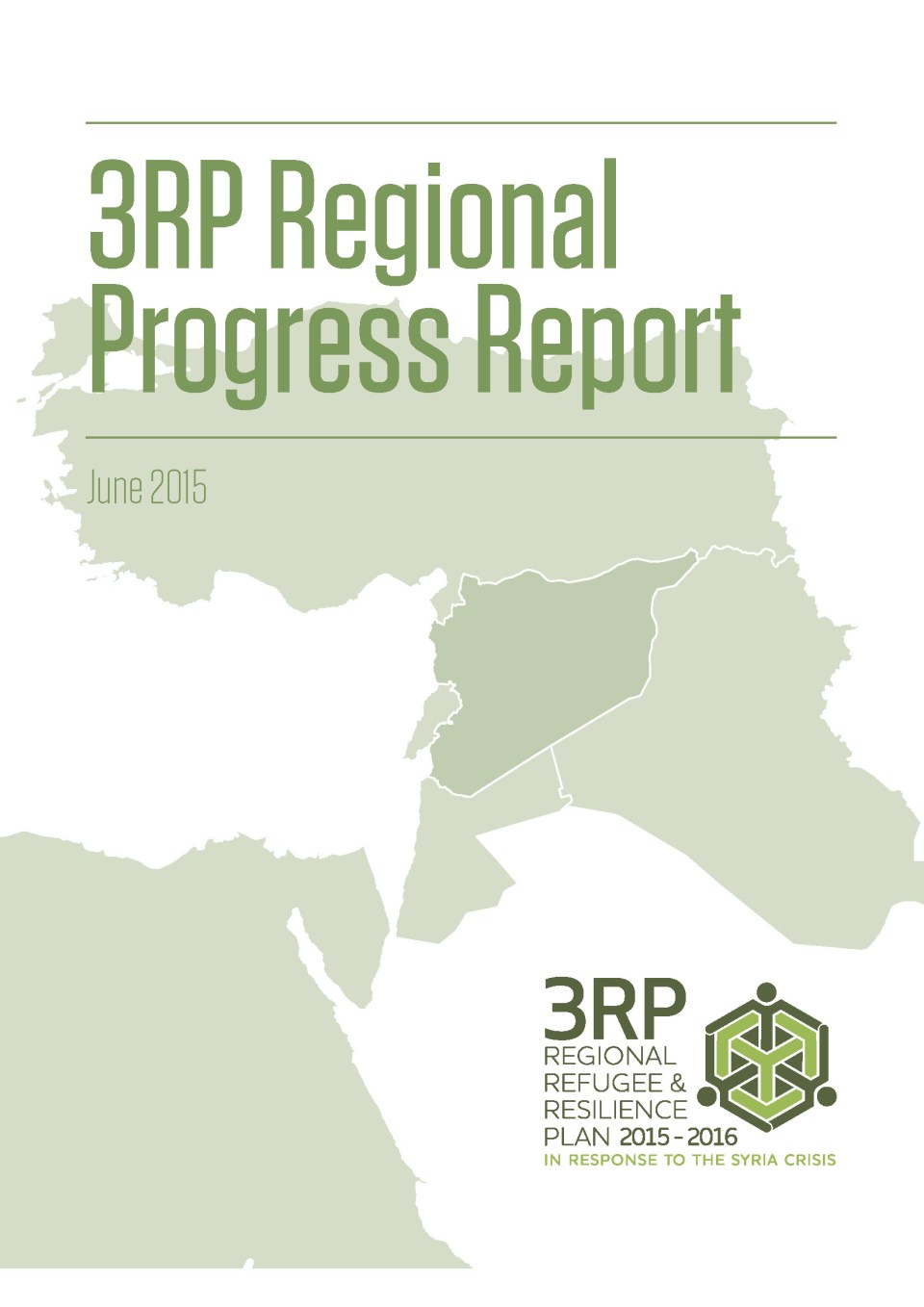 Amman, 25 June 2015: A shortage of funds is hampering humanitarian and development assistance efforts to meet the needs of 3.9 million refugees who have fled the conflict in Syria, as well as more than 20 million people in affected local communities hosting them in neighbouring countries, according to a report released today.

More than 200 partners in the Regional Refugee & Resilience Plan (3RP) in Response to the Syria Crisis are calling on the international community to act faster to deliver on their pledges of support to the 3RP.

Against the USD 4.53 billion required for programmes implemented by UN agencies and NGOs under the plan, only USD 1.06 billion – 23 per cent – has been received as at the end of May.  This leaves a gap of some USD 3.47 billion.

“This massive crisis requires far more solidarity and responsibility-sharing from the international community than what we have seen so far,” said UN High Commissioner for Refugees António Guterres.  “But instead, we are so dangerously low on funding that we risk not being able to meet even the most basic survival needs of millions of people over the coming six months.”

Already, as a result of the funding shortfall, 1.6 million refugees have had their food assistance reduced this year; 750,000 children are not attending school; and lifesaving health services are becoming too expensive for many, including 70,000 pregnant women at risk of unsafe deliveries.  Some 86 per cent of urban refugees in Jordan live below the poverty line of USD 3.2 per day, while 45 per cent of refugees in Lebanon live in sub-standard shelters.  Almost half of all those affected by this crisis are children and many of them, along with their families, struggle to cope with the distress caused by the violence and upheaval they have experienced.

The 3RP partners warn that if more funds are not forthcoming soon, up to 130,000 vulnerable families will not be provided with cash assistance to help them meet their basic needs and vulnerable people will stop receiving their monthly food vouchers altogether.  The delivery of water and waste water services for millions of people across the region will be in jeopardy. Up to 1.7 million people may face winter this year without fuel, shelter, insulation, blankets or warm clothes.  Last year a number of people, including children, lost their lives during the harshest winter the region has seen in four decades.

Halfway through the year, with less than a quarter of the required funding received and with winter just around the corner, 3RP partners urgently need funding certainty to plan and respond in time.

The Syria crisis has also had major social and economic impacts on host countries, which remain at the forefront of the crisis and are going through political, economic, social and security instabilities.  Well into its fifth year, the Syria crisis is also having an impact on development and global security.

According to UNDP Administrator Helen Clark, “Lessons learned over the past four years of response to the Syria crisis show beyond doubt the importance of integrated humanitarian and development approaches based on building resilience. A well-funded 3RP will support stabilization by helping people get jobs, have access to microbusiness opportunities, and improve food security for families.”

The report notes that while pressures on host countries continue to grow, it is increasingly difficult for Syrians to find safety, including by seeking asylum.  These difficulties have resulted in an increase in the number of Syrians seeking safety and refuge beyond the region, including by taking often dangerous journeys across the Mediterranean to try and reach Europe.  Many Syrians have lost their lives as a result.

The report calls on the international community to share more of the burden with the host countries through the timely provision of funding and by providing solutions like additional resettlement opportunities and other forms of humanitarian admission for Syrian refugees. The 3RP partners warn that if the call for action remains unheeded, a generation of Syrians will be left behind and neighbouring countries will continue to struggle to provide a public good that they cannot and should not have to bear alone.

The Regional Refugee and Resilience Plan (3RP) in response to the Syria Crisis is an international appeal aimed at addressing refugee protection needs, the humanitarian needs of the most vulnerable, and the longer-term socio-economic impacts of the Syria crisis on neighbouring countries of Turkey, Lebanon, Jordan, Iraq and Egypt.

The 3RP is a USD 5.5 billion funding appeal, comprising USD 1 billion of host government requirements and USD 4.5 billion for programmes implemented by United Nations agencies and non-governmental organizations (NGOs).  The appeal is planned on a scenario of 4.27 million Syrian refugees in the region by the end of 2015, and aims to assist more than 20 million other members of impacted local communities this year.

To download the report and find more information on the 3RP, visit: www.3RPSyriaCrisis.org

For contact details of all agencies involved in the 3RP response, visit: http://data.unhcr.org/syrianrefugees/partnerlist.php