As the Syria crisis enters into the fifth year, almost 2 million children are living as refugees in Lebanon, Turkey, Jordan and other countries, many alongside another 3.6 million children from the already vulnerable communities hosting them, and who themselves are suffering due to the strain on social services, especially education and health.

This crisis is all that these children have known. Violence and suffering have not only scarred their past but are also interrupting their dreams for a better future. 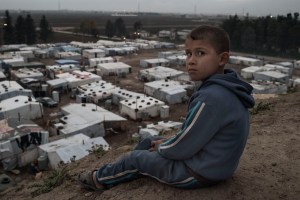 Abdul Malek, 8, and his family left Aleppo when the fighting reached their neighbourhood. That was a year ago. The family now lives in an informal tented settlement in Bekaa Valley in Lebanon. Like many children, Abdul Malek dreams to be a pilot, but not just any pilot.

“When I grow up, I would like to fly civilian airplanes”, Malek says.

Malek’s family is trying to go to Europe and he agrees. “I would love to go to Europe, because I have been told that it is beautiful there”, he says. 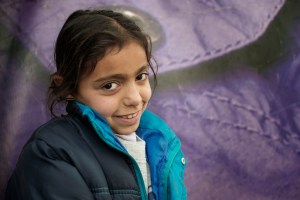 Amira is just 7 years old. After seeing her father killed in Homs, Syria, the young girl suffered a shock and had problems walking. After seeing more relatives killed, she stopped eating and was not able to walk anymore.

“I think about my father all day and night. Sometimes I can’t sleep”, Amira says.

When Amira finally fled Homs, the family first went to Al-Qusayr and from there, they crossed the Lebanese border to the town of Arsaal. The period in Lebanon has not been easy.

“When we arrived, there was no food. We begged for food on the streets”, she says.

Amira has been on psychological and nutritional therapy since she arrived at the camp four months ago. She has since made great improvement.

“I have been receiving counselling to help me overcome the horrible experiences I went through. I also get more food now and I feel alot better. I can walk again but not as before. When I grow up, I want to study and become a teacher”, Amira says. 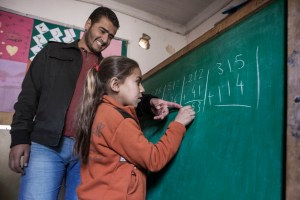 Khadijah, 11, is diabetic. She requires four Insulin injections every day. She had to flee her home in Aleppo when shelling brought their neighbour’s house down to a rubble. She now lives in an informal camp in the Bekaa Valley in Lebanon. Like many children in her age, she works in the fields. However, she also goes to school. “Khadijah is an inspiration for me and other children living in exile”, says her teacher.