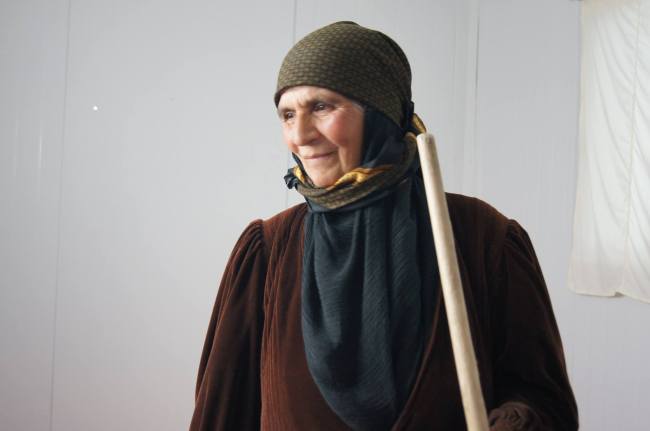 Zaa’tari Camp, Jordan – She is fondly called Grandmother by everyone who knows her but there is nothing in her gait that confirms that she is indeed a grandmother of 52. Bouncing with energy, 64 year old Alima is light in her step and very quick on her feet.

Before attending to us, Alima hands out a bucket of cleaning tools with clear instructions that every corner must be properly cleaned and that the tools must be returned to her clean as soon as they finish.

“Every time I need to remind them on what needs to be done, you would think by now everyone knows what to do. If I do not do it, no one does,” she says.

Alima is the Chairperson of one of the Water and Sanitation Committee in the Zaa’tari camp. In this role, she is responsible for drawing up a cleaning roster for the communal toilets and bathrooms. She ensures that the toilets and the bathrooms are properly cleaned and that the roster is adhered to. The seriousness with which she handles her responsibility is obvious.

Originally from Dara’a, Alima and her family – 8 daughters, 4 sons and 52 grandchildren left their village in Syria in January 2013 in search of a much safer place. Zaa’tari has been their home since then.

“When we arrived, we felt safe and were given a place to say. The biggest problem though was water and hygiene. We could never have enough water. Only the powerful had enough. And because we never had enough water, this whole place was stinking,” she said.

Zaa’tari camp is home to over 80,000 refugees displaced by the conflict in Syria. UNICEF through its partners like ACTED provides 4 million litres of water to the camps of Zaa’tari and Azraq on a daily basis. Through this allocation Amina and each person in the camp gets 35L of water per person per day.

Every day, between 7 and 11 in the morning, 200 trucks deliver water in the camp to the families via water tanks that are strategically located within the streets making it possible for everyone to access clean and safe water.

“The provision of water and sanitation facilities alone is not enough. The greatest investment from water and sanitation interventions can only be achieved if communities are made aware of the links between hygiene practices, poor sanitation, polluted water sources and disease,” said UNICEF Chief of WASH Esmaeil Ibrahim.

Poor sanitation and contaminated water are linked to transmission of diseases such as cholera, diarrhea, dysentery, hepatitis A, and typhoid. The concentrated population therefore puts the entire camp at risk of water borne diseases.  UNICEF has significantly supported the sanitation needs of the population in the camp through the provision of over 2,800 communal toilets and bathrooms.

Realising therefore the imminent danger of disease, UNICEF established WASH Committees through its partner OXFAM. The Committees are entrusted with the overall cleanliness of the communal bathroom and toilets and are supported with the relevant training and cleaning materials.

“When they approached me to be part of this committee, I asked them why they had taken too long. I had already taken it upon myself to have a roster for this street and our washrooms could be the cleanest in the camp,” said Alima.

Outside the camps, with support from the governments of Japan, UK and other donors, UNICEF has also provided access to safe drinking water through the rehabilitation of community boreholes and water networks to support Syrians and Jordanians in the most water scarce host communities of Ramtha and Mafraq. 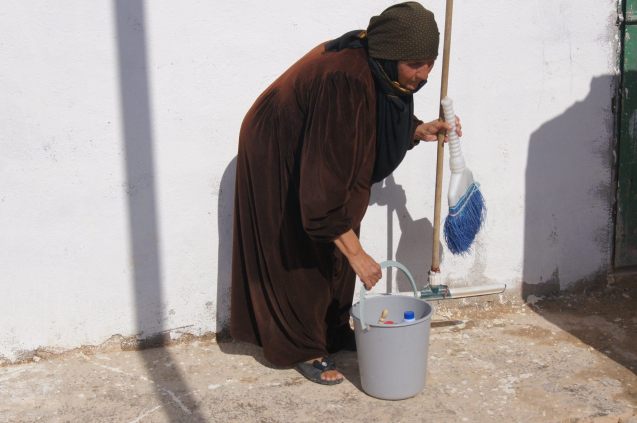 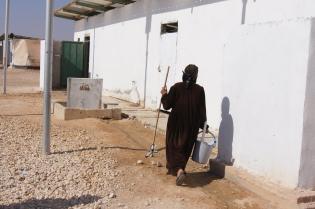 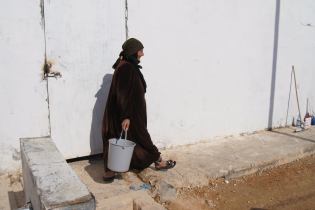