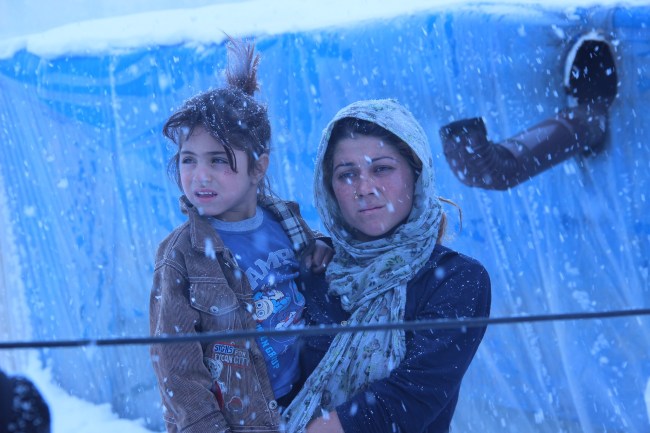 ANKARA, Turkey, January 2015 – A harsh winter sweeping across the Middle East is decimating the dreams of many Syrian children, displaced by war and staying in makeshift structures that can’t withstand sub-zero temperatures.

At a camp in the neighbourhoods of Turkey’s Capital, Ankara, Yusuf, 11, says his immediate dream is to have a coat, a pair of boots and gloves to keep him warm during the winter. He is not alone. Ferit, 10, summed up the experience of thousands of children facing a similar situation. “I am cold especially at night”, Ferit said. “It gets extremely cold towards morning. There is always snow at the top of our tent”, he added

The winter, with its strong winds is threatening to blow away the dreams of children whose chances for a bright future are being jeopardized by the effects of war. Instead of thinking about school, seven year old Khalil from Aleppo says he would rather work, to help provide for his family.

Turkey and UNICEF work together

UNICEF is working with Turkish partners to provide the immediate needs of these children and put them on track to achieve a bright future.

According to official records, there are approximately 1.6 million Syrian citizens, 1.4 million of them living outside camps – in hard to reach areas in 72 cities of Turkey. The number of children living in camps is 119, 000 while those outside camps are 763, 000.

More support will be required, not only to  meet the immediate winter needs of the Syrian refugee children who live in refuge across Turkey but also to help them access quality education and health care.