JORDAN, Amman, December 2014 – Hasna’s eyes lock in to the iris scanner attached to an ATM bank machine. A green tick appears on the screen and initiates the electronic sound of counting money.

The 34-year old from Dera’a, southern Syria, is at a cash point in east Amman. She’s collecting 90 Jordanian Dinars (US$127) for her five children, as part of a UNICEF cash fund to support the needs of the most vulnerable Syrian children over the tough winter months. 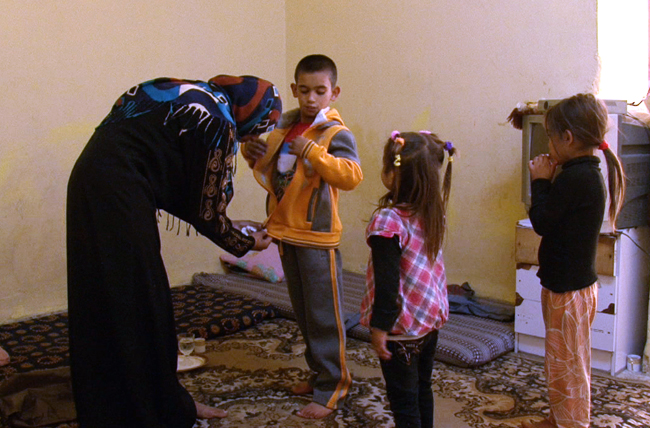 Nearly 38,000 Syrian children (aged 0 to 12) living across Jordan are receiving 18 JD each. The money is being distributed through the iris scanning system at bank ATMs that has already been established by the United Nations High Commissioner for Refugees (UNHCR). The cash gives families the chance to choose and prioritise their most urgent needs.

Hasna lives alone with her 5 children in a damp and cold flat. She says that the most important thing for her is to ensure the safety of her children away from the conflict. But her life has become a daily struggle.

“For sure, getting cash is very difficult, it’s a big responsibility. If I need something I don’t have money to bring it in. Sometimes I can’t even buy bread. This is what happens in our life usually,” she says.

Hasna has no family nearby, no friends and relies solely on international assistance to survive. A text message informed her about the children’s cash that was added to her account.

Protection against the cold

“I will buy winter clothes, as we lack winter clothing and a heater because I don’t have one,” she says. Hasna makes the short trip to downtown Amman to find a woolly tracksuit for her 10-year old son, Yazan. His new clothes fit perfectly and will at least provide some warmth over during the coming winter months.

“When a child’s basic needs are met they are more likely to be healthy, to attend school and to play a more active and productive role in society,” says Robert Jenkins, UNICEF Jordan Representative. In addition to the Syrian children living across the country, some 41,000 children (aged 0 to 14) living in refugee camps will receive 14 JD each. The money will be added to their existing World Food Programme (WFP) electronic vouchers. 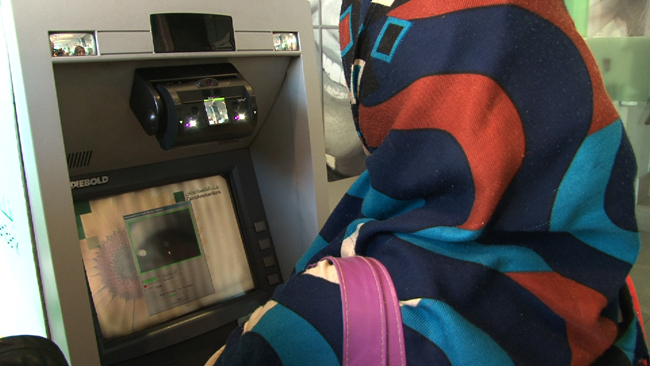 Despite her circumstances, Hasna is determined to ensure that her children have the best start in life possible. “I just want to bring up my children, I don’t want anything else. My wish is for them to be educated and to stand by my side. The most important thing is to provide for my children,” she says.

The cash assistance programme has been made possible by funding from the Government of Germany, US Government through the State Department’s Bureau of Population, Refugees and Migration and Government of Canada.