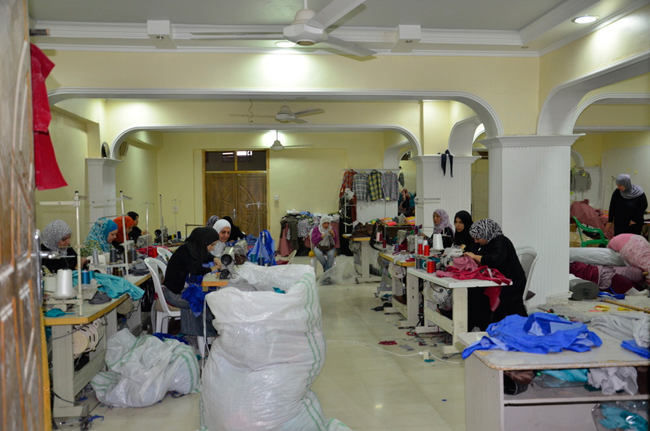 Damascus/Qamishly/Aleppo, 2 December 2014 – As winter begins in Syria, many conflict-affected families are unable to afford key basics items such as warm clothes for their children. Temperatures are dropping to the freezing point, affecting children who have been displaced and are living in shelters or other temporary accommodation such as unfinished buildings.

After four years of conflict, many families are becoming less resilient, and the number of families who don’t have adequate shelter has notably increased.

UNICEF is helping by providing winter clothing kits for up to 400,000 of the most vulnerable children. The kits include a winter jacket, woolen sweater, winter trousers, woolen hat, scarf and gloves, woolen socks, and winter boots. 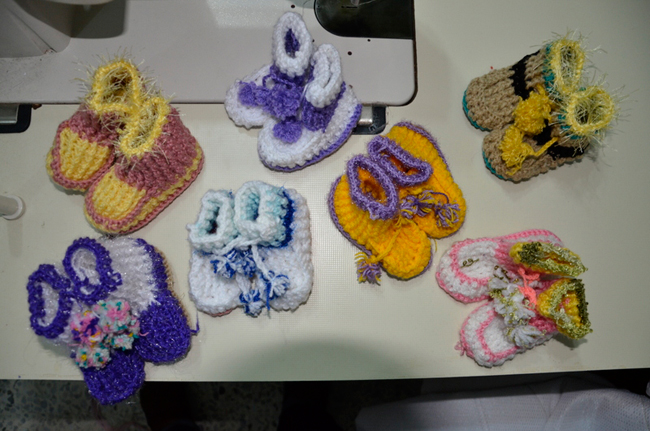 UNICEF has already procured 217,600 clothing kits from local and international suppliers, but an additional $7.2 million in funding is required in order to reach a further 182,400 children.

An innovative partnership involving local associations and the private sector inside Syria is aiding in the production and delivery of a significant portion of the much-needed clothing kits.

In Hassakeh Governorate, in northeastern Syria, UNICEF has entered into a partnership with a local group, the Al Birr Association, to produce 15,000 clothing kits for children up to the age of 14.

Established in 2003, with a goal to provide social services and create employment opportunities, the Al Birr Association currently employs 225 women, most of them displaced from other parts of Syria due to the conflict. UNDP has been supporting this Women Association since 2013, as part of their livelihoods project. For many of the women, the salary they are paid is their only source of income. Some are the only bread-winners in their family.

“We value this new collaboration with UNICEF, as it helps us create employment opportunities and market the products locally,” says Ghazawa Hammoud Al-Attalah, mother and plant production manager.

Mervet Omar Darkoushi is a single mother with two children. She has been working at the Al Birr Association’s clothing production plant for 18 months now. She says, “I like my job because it helped me to acquire skills and earn money. This is the only source of income I have to support my family.” 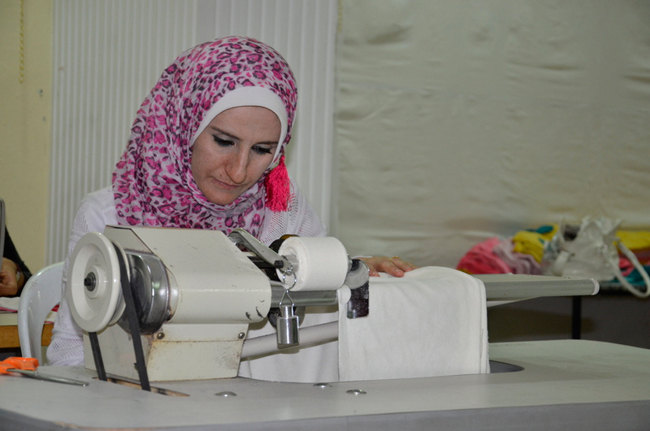 Fellow worker and mother, Najah Abd Al Hussien, was forced to flee her home with her family due to the conflict: “We left our home empty-handed, we lost everything,” says Najah. “Last winter was harsh, and the hardest one. We left our home and we were in a bad financial situation. I could not provide warm clothes to my children. This job is good to me. It pays the rent.”

The local partnership supports the economy and is cost-efficient. “Sourcing the clothing locally is faster and more cost effective,” says Eltayeb Adam, the Chief of the UNICEF Field Office in Qamihsli. “Savings on transportation and warehousing ensure a cost reduction along with timely delivery of the kits by eliminating several layers of the supply chain.”

A similar partnership with a private sector organization in Aleppo city, which has sub offices across the governorate, will also produce more than 60,000 clothing kits for children between the ages of three months and 15 years. The company is engaging 46 small to medium tailor workshops to produce the kits. Some of the workshops are located in areas across the lines of conflict, and so far producers have managed to operate and transport supplies across the lines.

“As a result of this new partnership with UNICEF, the company is providing employment opportunities for approximately 500 people, and therefore directly benefiting more than 500 families,” says Mark Choonoo, the Chief of UNICEF’s Field Office in Aleppo. “Many of these workers are ex-employees who have maintained links to the company for the last 40 years. The project has the potential to rebuild community links.”

Conflict-affected children in Syria face increased health risks during the bitter months of winter. Without warm winter clothing, children could be exposed to respiratory infections such as pneumonia, which can spread easily in crowded shelters.

Although a single children’s winter clothing kit costs just $40, this sum is simply out of the reach of many families who have been made vulnerable through displacement and loss of income. This year, the onset of weather began in November. UNICEF has been distributing warm winter clothing kits for children, heaters for schools, fuel and medical care. But urgent additional funding is needed to help UNICEF and its partners reach more children to provide them with these necessities to keep them safe and warm throughout the winter months.