Iraq, 3 November 2014 – Since the beginning of 2014, an estimated 1.8 million people have been displaced by the conflict in Iraq, and have found safety and temporary shelter in camps, empty school buildings and in mountain hamlets in the Kurdistan Region of Iraq. While some were able to escape with suitcases to carry their belongings, many weren’t so lucky. Now those who came here for safety are facing another deadly threat: the cold Kurdish winter, which has arrived early this year, bringing frigid winds and freezing rain.

For the displaced, home is now a small tent with a dirt floor and thin flap for a door, or for others, a partially built apartment building with no exterior walls, leaving them exposed to lashing wind and rain. Such shelter is better than nothing, but not enough for the chilling weather that will sink to freezing or below in just a few weeks.

UNICEF and its partners in civil society and government have begun a massive effort to distribute boxes of clothing to displaced children throughout the Kurdistan region. Many of the goods have been procured with funds donated by the Kingdom of Saudi Arabia. Each box contains winter coats, trousers, sweaters, hats and winter boots for children between the ages of 3 months and 14 years. About 223,000 boxes of shoes will be distributed in the region.

But these kits will reach only about half of the children who need protection in the region, which experiences the country’s coldest temperatures. Unless additional funds are secured, nearly 250,000 displaced children will likely go without warm clothes this winter. 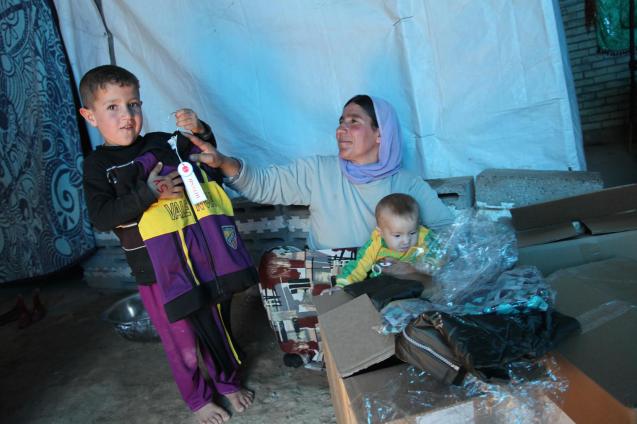 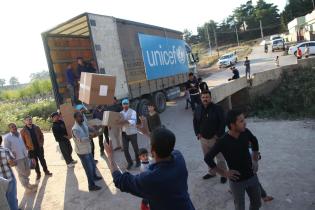 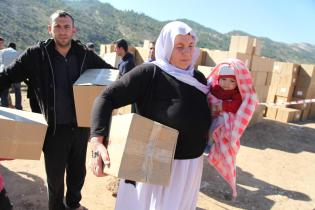 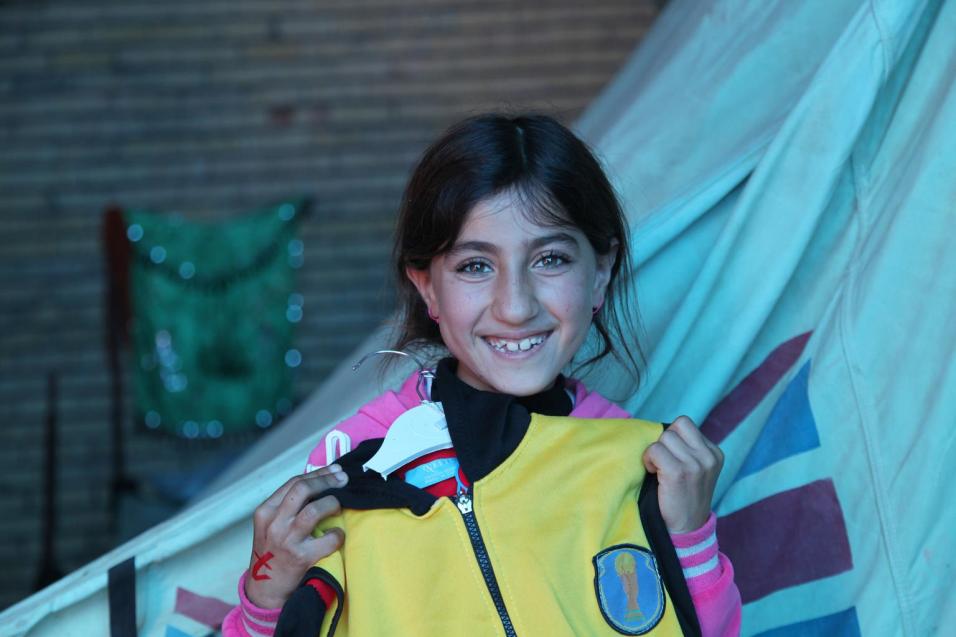