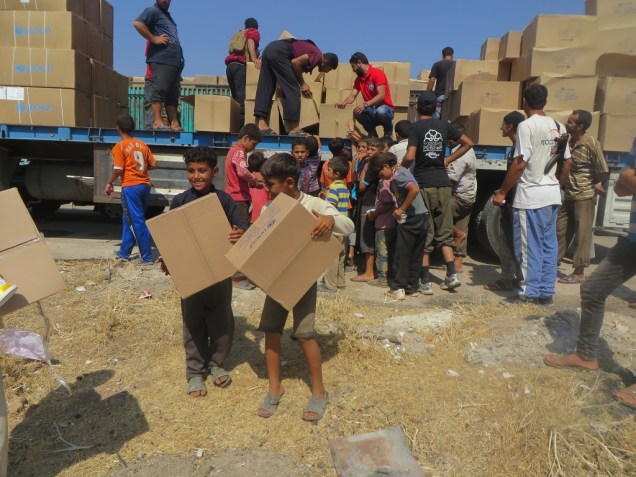 UNICEF supplies are unloaded directly from a truck at a displaced persons camp in northern Idleb governorate. The children in the foreground are carrying children’s summer clothing kits which may include items such as a hat, t-shirt, pants, socks and shoes. © SARC/2014 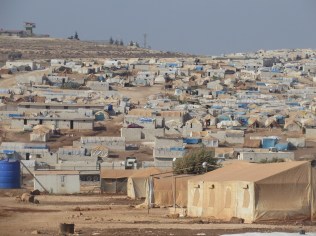 A sprawling camp in northern Idleb governorate, near the Turkish border, that hosts children and families displaced by conflict in Syria. © SARC/2014 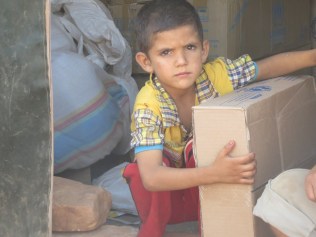 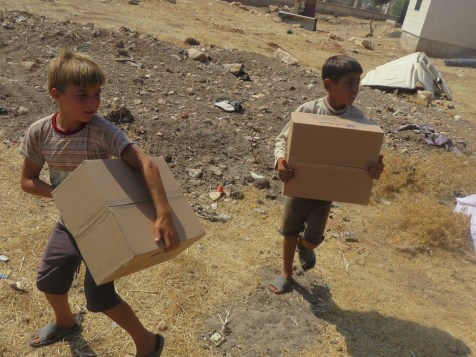 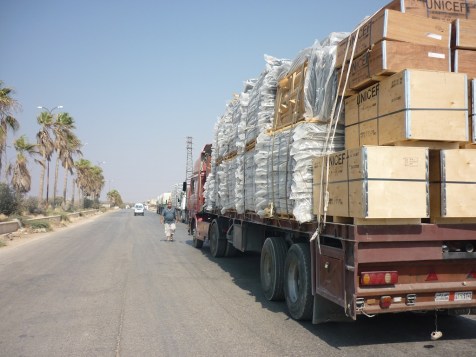 Trucks laden with UNICEF and other humanitarian supplies stop at the last checkpoint in Idleb city before crossing the conflict line and heading toward displaced person camps around Kah, near the Turkey border. The trucks are part of a UN inter-agency convoy in conjunction with the Syrian Arab Red Crescent. ©UNICEF/Syria-2014/Al Kaae

Idleb, Syria – 30 September 2014 – Close to 50 trucks packed with supplies have made the journey across conflict lines to provide much-needed help to thousands of displaced children and families in north-western Syria.

The recent humanitarian convoy, which took place over two days, carried emergency supplies for 5,060 families who are living in tented camps around the Kah area of Idleb governorate near Syria’s border with Turkey. It is the first UN convoy of its kind to reach this hard-to-reach area.

There are an estimated 112 camps hosting 28,000 displaced families along the north-western border with Turkey.

The UN team in Syria is following a six month plan to reach up to 41,500 conflict-affected people in hard-to-reach areas of Idleb governorate.