Qamishly, 7 August 2014 – Amid ongoing conflict in Syria, UNICEF continues to support access to water for millions of children and families.

The conflict is placing an increasing strain on existing water networks. A lack of electricity, for example, means that water pumping stations do not have sufficient power to pump water to local populations. Essential water infrastructure has been severely degraded, with many water supply and sanitation systems not fully functional, damaged, or in need of repair.

UNICEF’s partnership with ECHO has helped millions of people in Syria to have improved access to safe water, sanitation and hygiene services through provision of critical water treatment chlorination, generators, water tanks, water pumps and essential hygiene and sanitation supplies.

In Qamishly for example – a city in north-eastern Hassekeh governorate where electricity is in short supply – UNICEF has provided local authorities with two 250 kilo-volt diesel generators to keep pumping stations working and help maintain the flow of water to children and families.

The most recent generator was installed at the Jaghjagh Water Station in Qamishly city, which will allow more than 19,000 people in Qamishly to be reached with water each day.

UNICEF has also supported the installation of 10 water tanks in Hassakeh governorate to improve community access to water, including at three hospitals. Five 45,000 litre and five 70,000 litre storage tanks have been made available through water authorities.

The latest water tank to be installed was at the 200-bed National Hospital in Qamishly, which provides health services to more than 43,000 people each month. The 45,000 litre tank boosts the hospitals’ storage capacity by 38 per cent and provides an important backup water source in case of emergency. 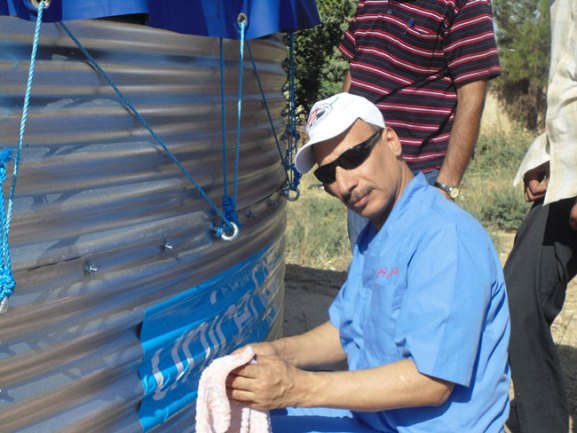 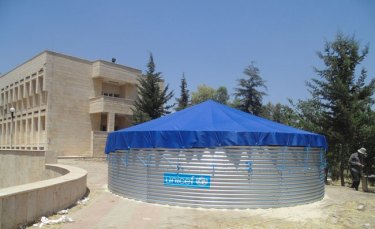 A UNICEF-provided 45,000 litre water tank is boosting the emergency water storage capacity of the National Hospital in Qamishly. ©UNICEF/Syria-2014/Youssef 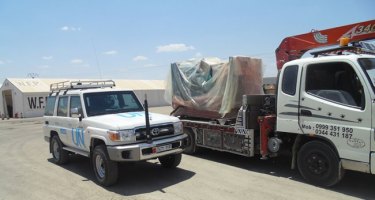 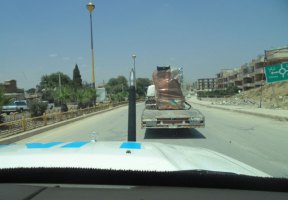 A 250 kilo-volt generator travels to a water station in Qamishly, where it will allow the continued provision of water to thousands of families despite frequent electricity cuts. ©UNICEF/Syria-2014/Youssef 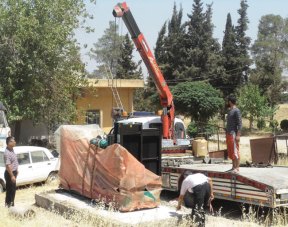 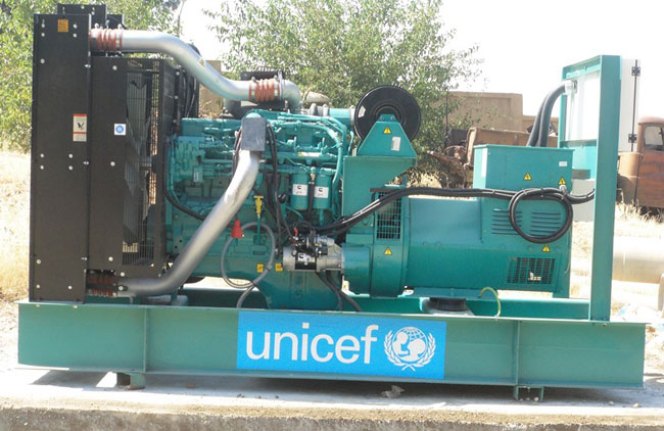 A 250 kilo-volt diesel-powered generator prior to its installation at Jaghjagh Water Station in Qamishly city. The generator will allow more than 19,000 people in Qamishly to be reached with water each day. ©UNICEF/Syria-2014/Youssef
Share and raise awareness on #ChildrenofSyria