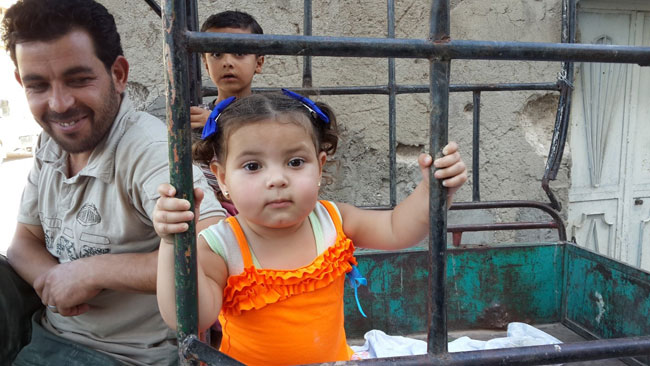 Syria, 6 August 2014 – Lolia, thirteen months, was hit by an airstrike in August last year. Her arm was badly injured and today is not fully functional. The same airstrike resulted in the death of her older sister Amal. “I rushed both of them to the field hospital. Minimum equipment and supplies were available” the father commented. This family of five lost seven years old Amal. “Today I try to only think of Lolia’s future, I want her to grow healthy”. I am looking for ways to get plastic surgery for her arm. There is no specialised medical expertise for such surgeries in Modamieh. “I will never give up. One day I will take her for a proper medical support” he said.