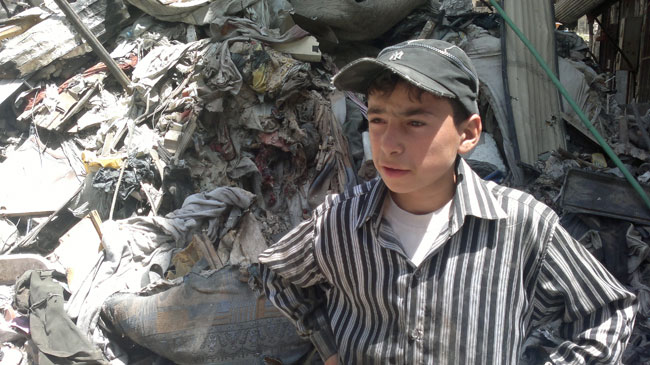 Ibaa lives in Abassiya neighbourhood on the fringes of the old city of Homs, with his parents, two brothers and two sisters. For the last year or so, he has been braving the on-going conflict in and around the Old City to rummage for pieces of scrap in the mountains of debris.

“I stopped going to school last year after I passed grade 7,” says Ibaa’. “It was not possible for my father to feed us with his limited income and many debts.”

“I decided to be a rag-picker since success in this work just depends on my hard-work”, Ibaa says 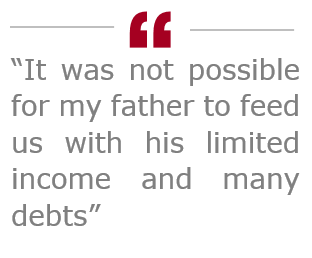 How does he feel about rummaging through personal items lying on the street? “I do not enter abandoned homes to look for things,” he says.

“That would amount to stealing. All I do is file through the garbage and the debris. It is rare that I won’t find pieces of metal and plastic that I sell to the traders outside in the centre of Homs.”

Ibaa’ says while walking through the rubble-strewn lanes of the Old City and looking through garbage, he has learnt to steer clear of unexploded ordnance.

“What we eat in the house is dictated by how lucky I get on a day in finding items that have a market. On a good day, I make up to a 1,000 Syrian pounds (around $7). On other days I am able to sell metal scrap for just 500 Syrian pounds”.

“This takes care of the daily needs of the family and helps paying off loans .”

Ibaa’ says life on the streets is tough , but he has no choice : “ Armed men together with piles and piles of household items are all over replacing where homes once stood. ”

Large rodents feast on any food items lying buried in the debris, while others lie dead and decaying. “While digging through things in the garbage, the rodents bite me all the time. It is a danger to my life no less than being killed by a bullet. This is my living so I must do it.” 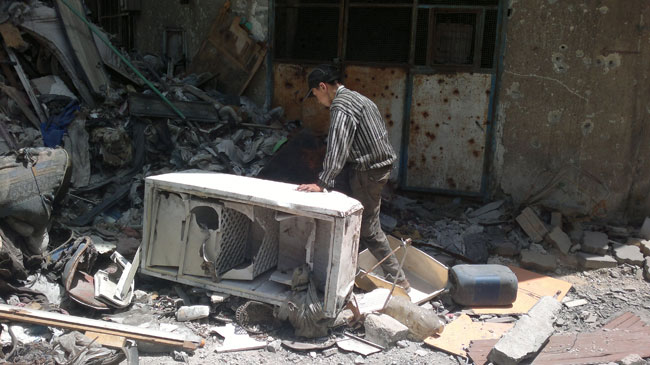 Instead of going to school, Ibaa (13) searches for saleable rubbish in order to help support his family. ©UNICEF Syria/2014/ Nasar Ali