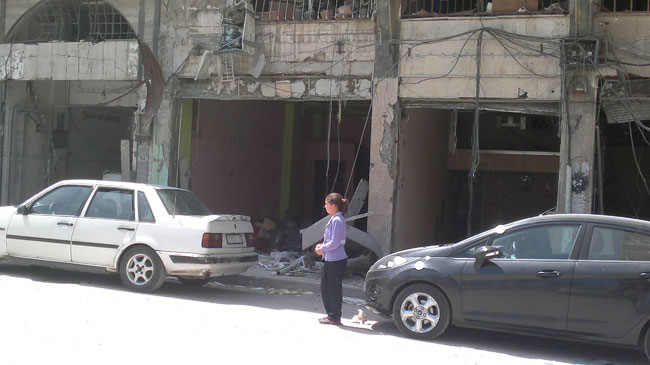 Hala cries nervously while searching for her mother in the Old City of Homs. ©UNICEF Syria/2014/Nasar Ali

Syria, Homs, 19 June, 2014 – Hala, 11, stands by the edge of a street in the ruined Homs Old City. Just a few weeks ago this would have been unthinkable. The Old City was besieged for more than 550 days. The area was an active conflict zone.

But today the conflict has receded, at least in this part of Syria. For Hala it is a return home of sorts. With her family, Hala had long fled the fighting to live in Bab Tadmor also called the Gate of Palmyra, in another part of Homs.

Nearly two years of siege left at least 50 per cent of the neighbourhoods in the Old City destroyed or damaged.

Many families that fled the Old City to escape fighting are now returning to check on what remains of their homes and businesses. 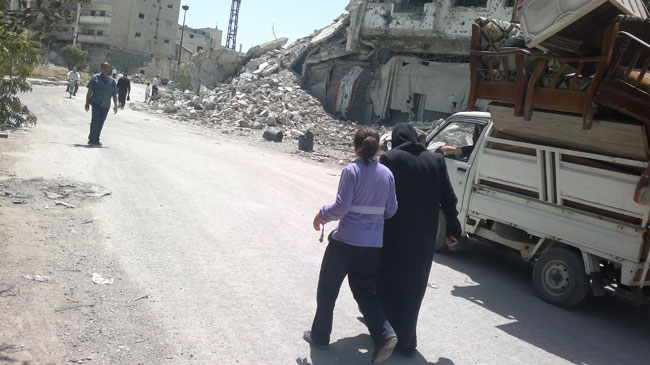 Amid the ruins of the Old City, Hala walks away happily, reconnected with her mother. ©UNICEF/Syria-2014/Nasar Ali

Hala came with her mother and aunt, but somewhere during the journey she lost sight of them. She looked nervous because she could not find her family in the crowds .

A UNICEF facilitator visiting the Old City set Hala’s fears at rest, reassuring her that she would find her mom very soon. Hala gave the facilitator her mum’s mobile number.

The facilitator escorted Hala 500 metres down the street and reunited Hala with her mother.