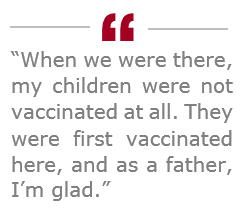 to the Turkish city of Van, where he is getting his children the healthcare they need. He has brought his three-year old Fatma to be inoculated against polio, as the country’s Ministry of Health continues its efforts to ensure the outbreak does not spread across its borders. Ibrahim and his family live in a rented modest house, outside of the camps, making them among the hardest to inform about polio. But a door-to-door awareness campaign is making great progress.

After getting her vaccine drops, Fatma makes sure her baby doll also receives some from her toy bottle. Now, she can play with the balloon she has been given to share with her sisters.

The Ministry aims to reach 136,000 children in Van’s city centre and surrounding districts. The previous round of vaccinations reached 90% of children, and organisers are keen to improve this percentage.

Nuri is also a father from Aleppo. “I’ve heard about polio cases in Syria from televisions and from people around me,” he said. “When we were there, my children were not vaccinated at all. They were first vaccinated here, and as a father, I’m glad.” Nuri left his home and moved to Van in the east of Turkey with his family almost a year ago.

Expressing his sincere thanks to the Ministry of Health personnel who vaccinated İsa, his three-year-old son, Nuri proudly kisses him on the cheek — no tears were shed today.

After vaccinating his children against polio, Ministry of Health personnel invited İbrahim to the Family Health Centre for other vaccinations, which are recorded on the children’s certificates.

And it’s not just Syrian families that are benefitting from the vaccination campaign. Van local, Şermin Tunç was there to have her sons Emir and Botan protected. “I hadn’t heard about vaccination campaigns before,” she said. “I discovered it when the health care personnel came to my door. My children had already had certificates of vaccination, but with their help, this vaccination is also done.”

Following the polio vaccination drives in the districts along the Syrian border, other vaccination campaigns were also held in Van, Diyarbakır, Siirt, Hakkari, Batman and Mersin in two rounds.

UNICEF Turkey supports these campaigns conducted by the Ministry of Health of Turkish Republic by supplying vaccines and running the communication activities of all these campaigns. 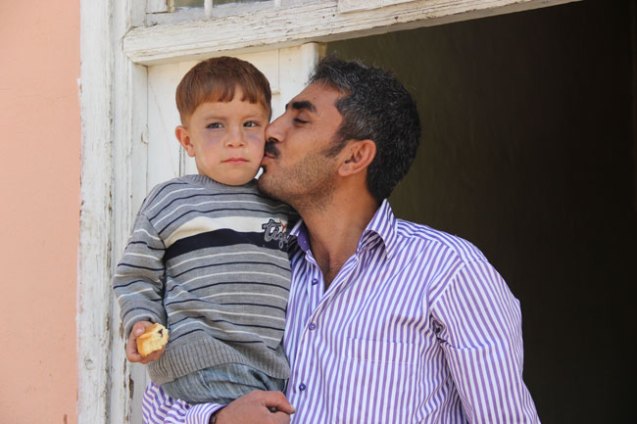 Nuri from Aleppo rewards his son Isa for being brave, with a kiss on the cheek. 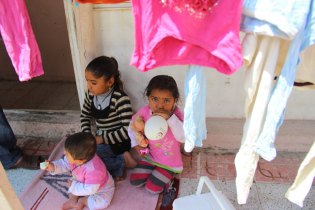 Fatma blows up the balloon presented to her after she was vaccinated alongside her sisters. 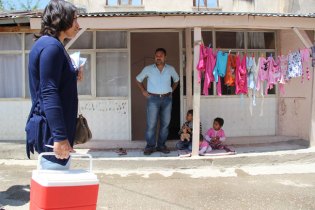 Ministry of Health personnel invite Ibrahim to come to the Family Health Centre for additional vaccinations for his children. 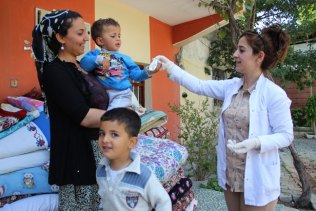 Botan’s mother, Şermin Tunç thanks the authorities after she heard about the vaccination campaign when health care personnel came to her door. 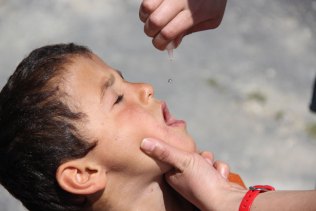 The campaign aims to reach 136,000 children in the city centre and districts of Van. Vaccinated children are now protected against the risk of polio. 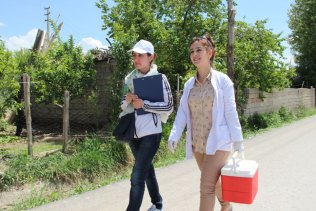 UNICEF and Ministry of Health workers went door-to-door and street-by-street to inform families about the vaccination campaign and vaccinate their children.
Share and raise awareness on #ChildrenofSyria