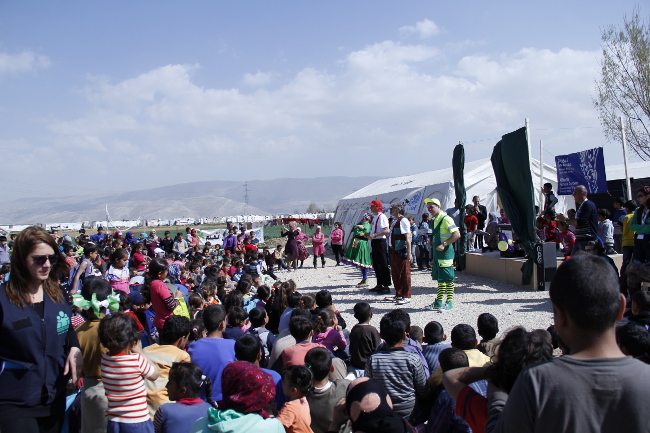 For ten days, UNICEF and Clowns Without Borders teamed up to bring back smiles to the children of Syria and vulnerable Lebanese children. As a result, 5,000 children across Lebanon enjoyed activities that brought them joy and laughter.

The group, Clowns Without Borders, uses comedy as a tool to provide children with psychological support to help them overcome the effects of their experiences during the conflict in Syria.

At one of the performances, hosted by UNICEF Lebanon and NGO Himaya in Taanayel village, Clowns Without Borders used magic tricks to entertain 500 children. The children also learnt to make balloons.

“We have Lebanese and Syrian children here. We want them to remember that they are children. We want them to know that this is a child friendly space, where they can just have fun”, said Ms. Sursock from UNICEF’s partner Himaya. 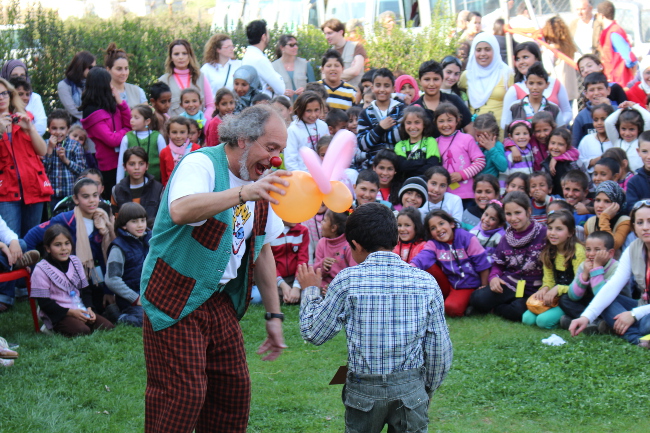