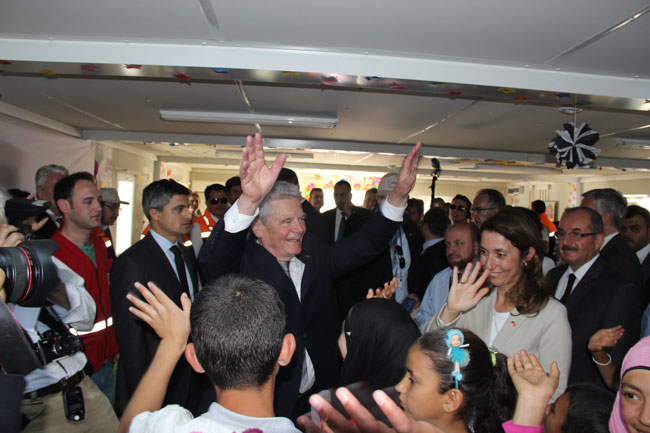 President Gauck and Ms Schadt had the chance to attend a number of activities for children held at the Child Friendly Space.

The couple watched a piece of drama performed by Syrian children followed by short films made by the Syrian children as part of their “One Minute Junior Videos” activity.

After the video presentations, the children had the chance to interact with President Gauck and ask him questions.

At the end of the visit President Gauck and Ms Schadt distributed crayons to the children.

The UNICEF Turkey Representative, Dr Ayman Abulaban accompanied the delegation where he provided an update on UNICEF’s life-saving activities provided for Syrian children refugees across Turkey. 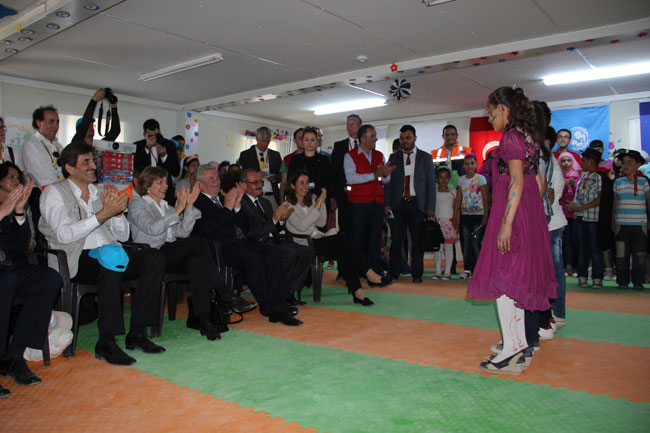