Actor Orlando Bloom paid a visit to Jordan with UNICEF to meet children from Syria whose lives have been devastated by the conflict – now in its fourth year. The Goodwill Ambassador first travelled to Irbid to talk to families about their lives since fleeing Syria. This was followed by a visit to Za’atari refugee camp, where Bloom met children in a UNICEF-supported school as well as a child protection space.

“This war obliterated (these families’) lives and uprooted them from their homes and now they are living in precarious situations with little or no hope for their futures,” said Bloom. “They don’t want to live like refugees. They just want their lives back and a future for their children.”

Almost 590,000 Syrians have fled to Jordan. Along with other UN agencies, we’re appealing for $4.2 billion to support refugees and host communities in 2014. 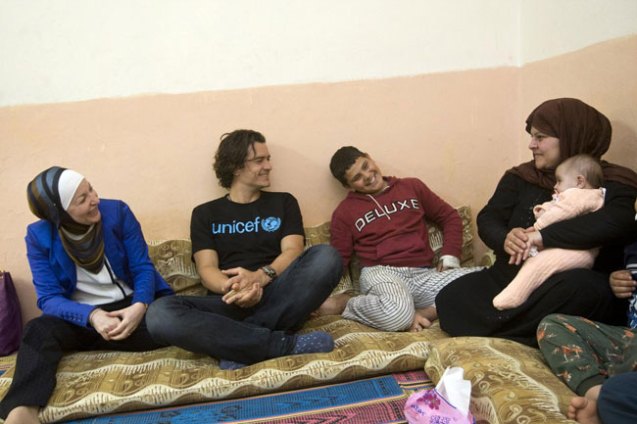 UNICEF Goodwill Ambassador Orlando Bloom meets a family from Aleppo, Syria, in the two-room shelter where they’ve lived since they arrived two years ago in Irbid. 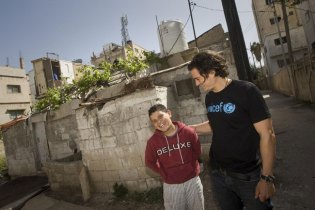 12-year-old Esmaeil laughs with Orlando Bloom near the shelter he shares with his parents and five siblings. The family have exhausted their savings, and none of the children of school-age is in school. 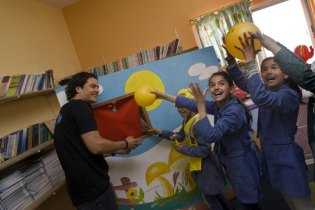 Playing a game with children in a UNICEF-supported child and family protection space in Irbid. The centre also provides skills training and psychosocial support for Syrian and Jordanian children. 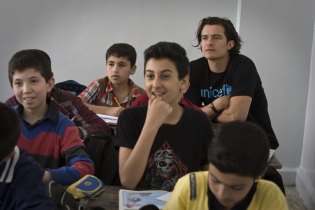 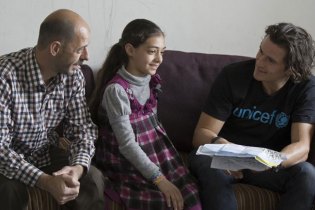 Samer and his daughter, from Homs in Syria, show Orlando Bloom pictures she’s drawn, in their home in Amman. She and her siblings attend a UNICEF-supported child protection centre in the city. 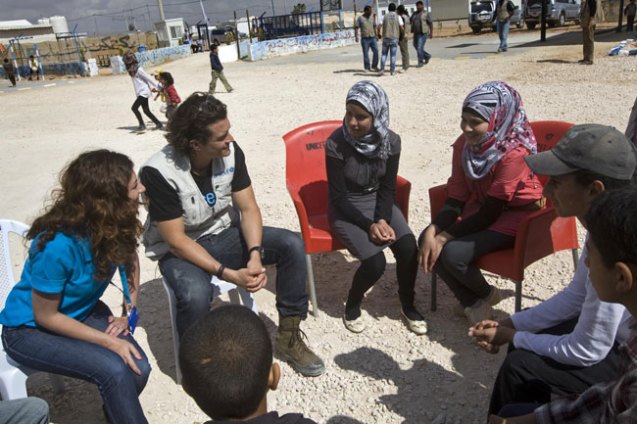 Bloom chats to young people at a youth centre, run by our partner International Medical Corp (IMC) with support from UNICEF, in the Za’atari refugee camp near the Syrian border. 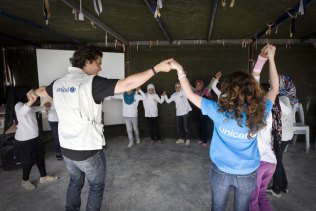 Children dance with Orlando Bloom during a graduation ceremony at the youth centre, which provides psychological support for children aged 11 to 18, as well as music, art, film-making and other activities. 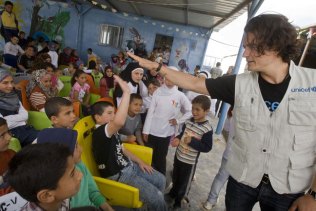 UNICEF Goodwill Ambassador Orlando Bloom gives a boy a high-five, after making a speech during the graduation ceremony. 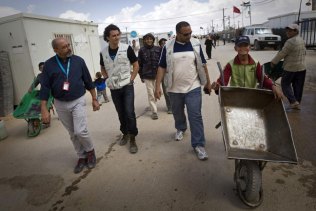 On a walk down the street in Za’atari nicknamed the ‘Champs-Elysees’, Orlando Bloom meets a boy pushing a wheelbarrow. With partners, we work with families in the camp to highlight the importance of sending children to school.
Share and raise awareness on #ChildrenofSyria